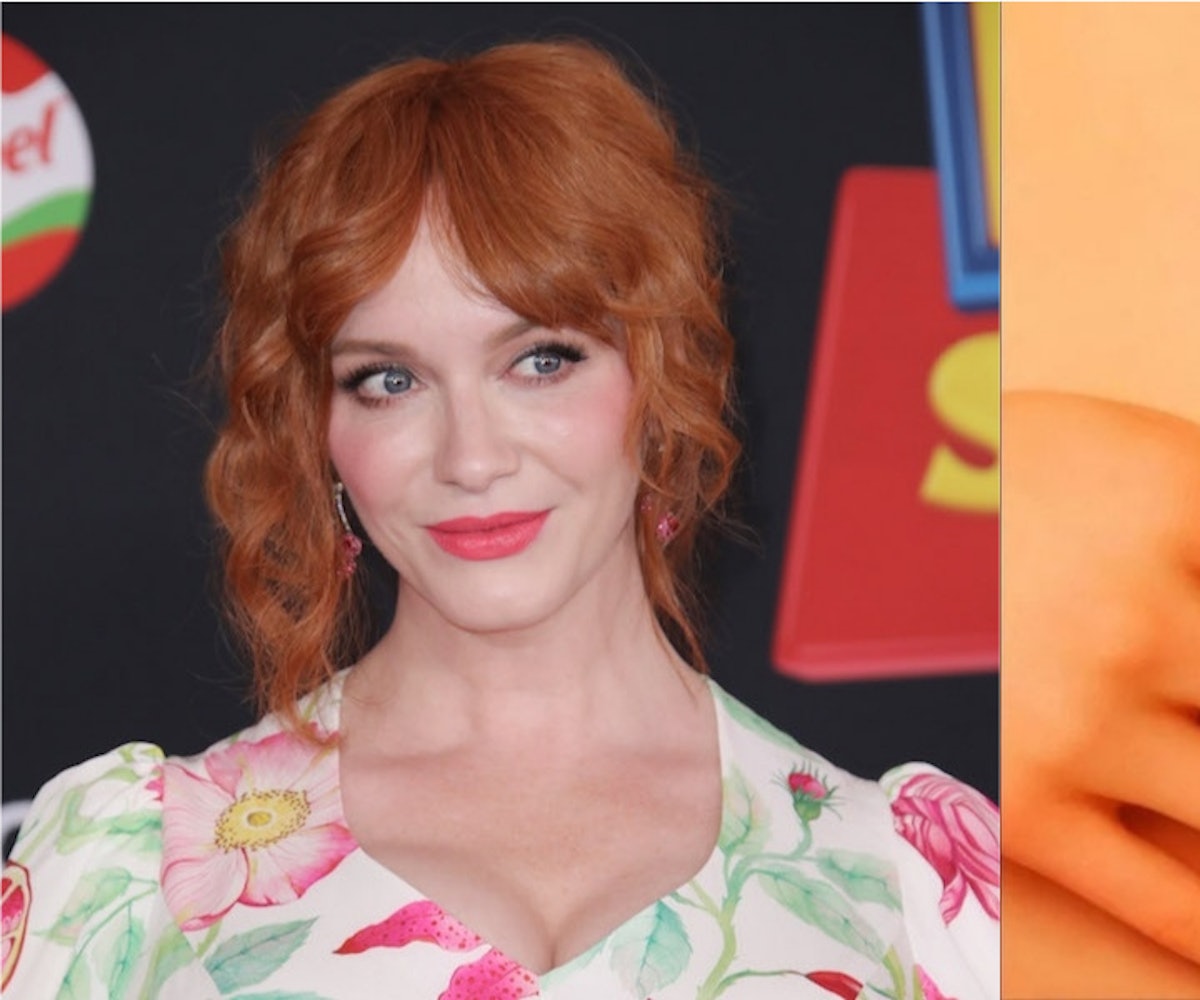 Actress Christina Hendricks just revealed she used to be an occasional hand model. Not only that, but Hendricks' hand is the very one featured on the iconic poster for American Beauty. Another "fun fact," it's not resting atop her bare stomach but that of another model. It turns out, this wasn't news just to us common folk—most of Hendricks' industry pals had no idea of her involvement with the visuals either.

"Fun fact.... wait for it...I used to be a model and sometimes a hand model.... this is my hand and another model's stomach....proud to be a part if this film in ANY WAY," the Mad Men and Good Girls actress captioned an Instagram post sharing the American Beauty poster.

The comments are filled with A-listers freaking out about the news, including Elle Fanning, Christian Siriano, and more. "This is important," January Jones wrote. "How come I didn't know this?"