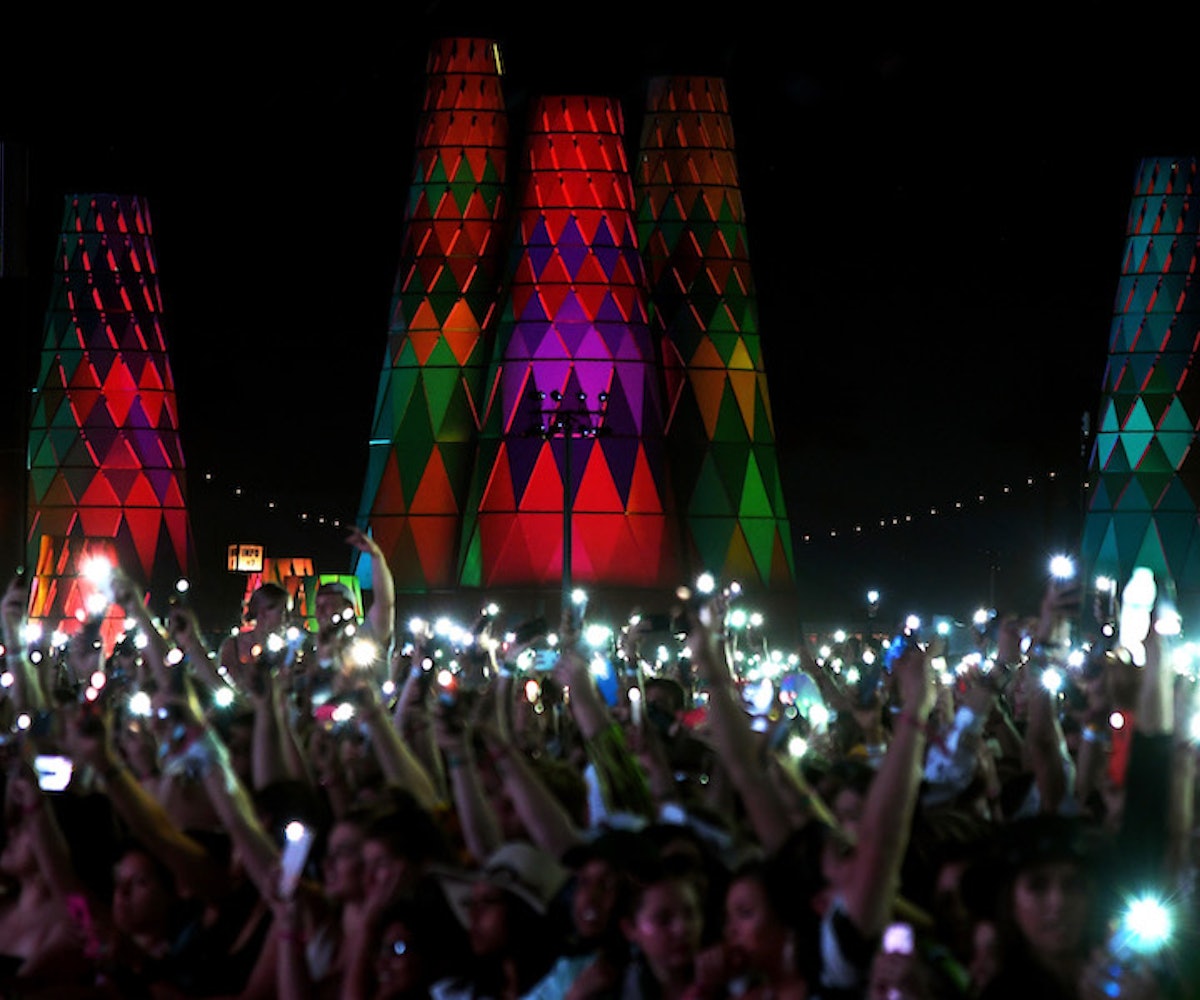 Festival season is nearly upon us, and the Coachella 2020 lineup has been revealed to feature zero women in its top-billed performance slots. Previously announced headliner Rage Against the Machine, set to play on both Fridays, will be followed by Travis Scott and Frank Ocean on Saturday and Sunday, respectively.

As far as heavy-hitters go, the festival's gender-diversity issue remains prevalent across the board. Megan Thee Stallion is the sole artist of five featured just below Rage Against the Machine; similarly, Summer Walker is one of seven on Saturday under Travis Scott. Lana Del Rey — fresh off the release of her critically-acclaimed album Norman F*cking Rockwell — FKA twigs, Marina, and Ari Lennox all fall below Frank Ocean on Sunday. The entire lineup is comprised of approximately one-third women artists or acts in which women are prominently featured.

It seems that 2020 will be devoid of a show-stopping performance by a woman in pop as the ultimate evening finale; 2018's Beychella and Ariana Grande's Backstreet Boys reunion from 2019 will have to wait until 2021 at the earliest for a proper successor. Despite the clear gender imbalance, there are still plenty of killer women performing across the festival's lineup that will be on your must-see list, from City Girls and Charli XCX to Carly Rae Jepsen, Koffee, and more.

View the complete Coachella 2020 lineup below.