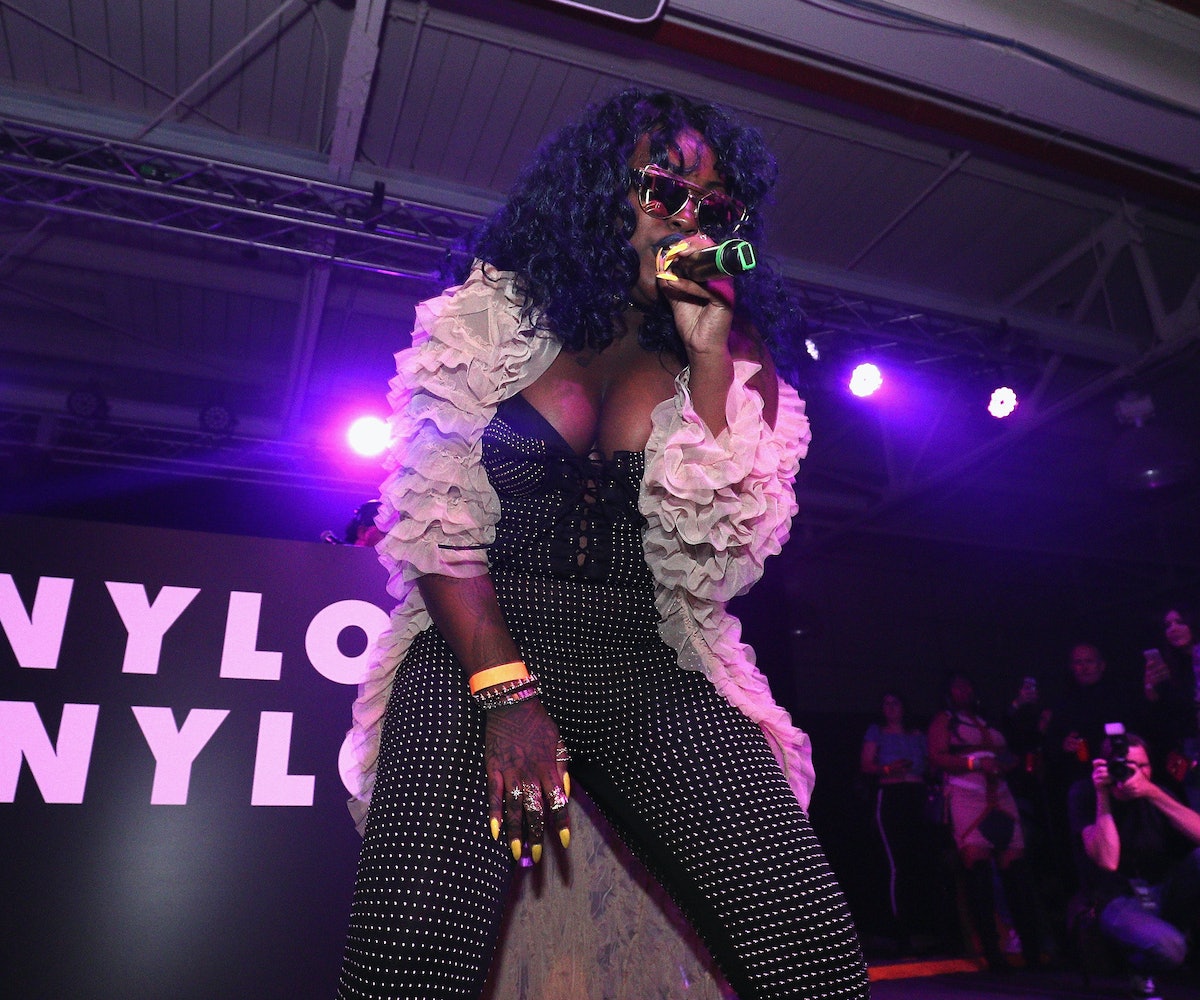 CupcakKe released a new track, titled "Squidward Nose," late Thursday evening, following her hospitalization earlier this week. On Monday night, the rapper posted a worrying message to Twitter stating that she was going to take her own life. She was then taken to the hospital and confirmed to be safe. Now CupcakKe returns to Twitter to promote the single drop, retweeting one fan who suggested that she was "releasing music from her hospital bed."

You don't have to have any actual knowledge of SpongeBob SquarePants to understand the meaning behind the titular hook either; it has nothing to do with the plot of the show, and all to do with the phallic shape of Squidward's nose.

NEXT UP
Entertainment
Everything We Know About Megan Thee Stallion’s “Traumazine”
Entertainment
Carly Rae Jepsen's Best Pop Collaborations, From Owl City To Justin Bieber
Entertainment
Wheatus' "Teenage Dirtbag" Is The Latest Throwback Trend On TikTok
Entertainment
Blackpink's Album, Born Pink, Will Be Out Sooner Than You Think