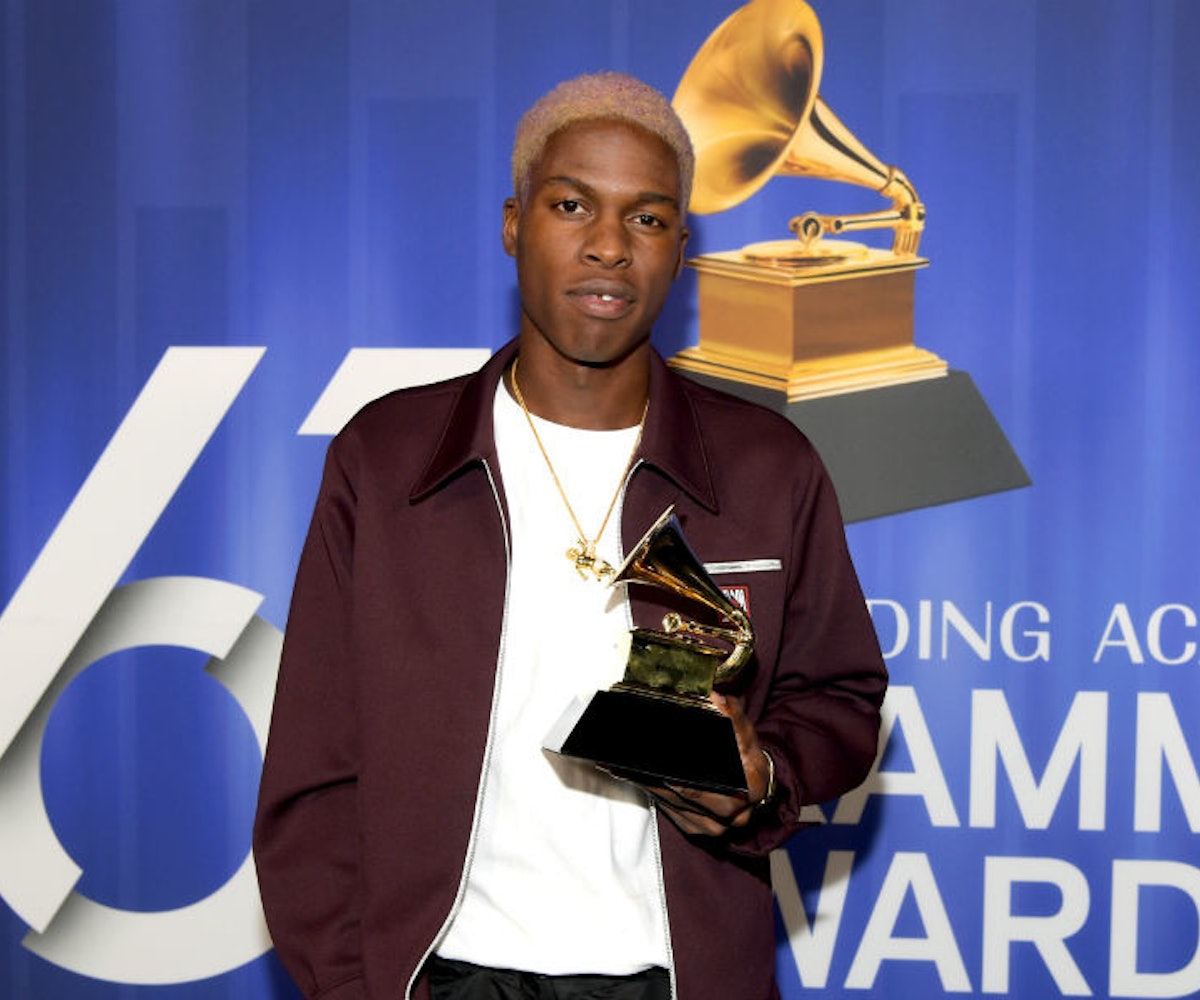 Photo by Emma McIntyre/Getty Images for The Recording Academy.

Don't drink and social media, friends. Singer Daniel Caesar took to Instagram live last night (while "drunk as fuck") and decided to offer up some… controversial opinions directed toward his Black audience.

He started off asking why "we're being so mean to Julz?" the white influencer-turned-rapper who, two years ago, posted a picture of a shirt that read "niggas lie a lot" with the caption, "So... am I allowed to wear this shirt at the festival tomorrow or nah." She later apologized but has since gone on to say and do some other controversial things.

Back to Caesar, he goes on to ask some more questions, like "Why are we being so mean to white people right now?" He claims that Black people are "too sensitive" and says that he doesn't want to be treated like he can't take a joke. He then brings up the very awkward incident with Dave Chapelle from last week in which the comedian called him gay. "I had to, in the moment, acknowledge that I was being fucking sensitive," he said. "People are allowed to say what the fuck they want."

He continues to say that, yes, white people have "been mean to us in the past," but he suggests that the best thing to do is try to create understanding and keep it moving. "Are we winning right now as a culture?" he asks. "Are we on top as a society? We're not. And you can't win the game by choosing to not accept the winning team's strategy. You have to acknowledge the strategy and then build a strategy on top of that." He then adds: "Being a victim doesn't get you paid."

And if people expect Caesar to offer up a (sober) apology in the next few days, like he did last year after coming under fire for liking tweets about right-wing advocate Candace Owens, think again. "I've said what I said before and y'all tried to cancel me and I apologized like a bitch," he said. "I don't believe in that shit because I think you guys are wrong and I'm right and so I'm gonna say it." If you don't like what he has to say, Caesar offers up this: "Don't listen to my next shit if you think I'm shit… Make me broke, make me suffer for my opinion, I believe in it."

Judging from the reactions, maybe you should be careful what you ask for, bud.

You can watch a clip from the Instagram live below.