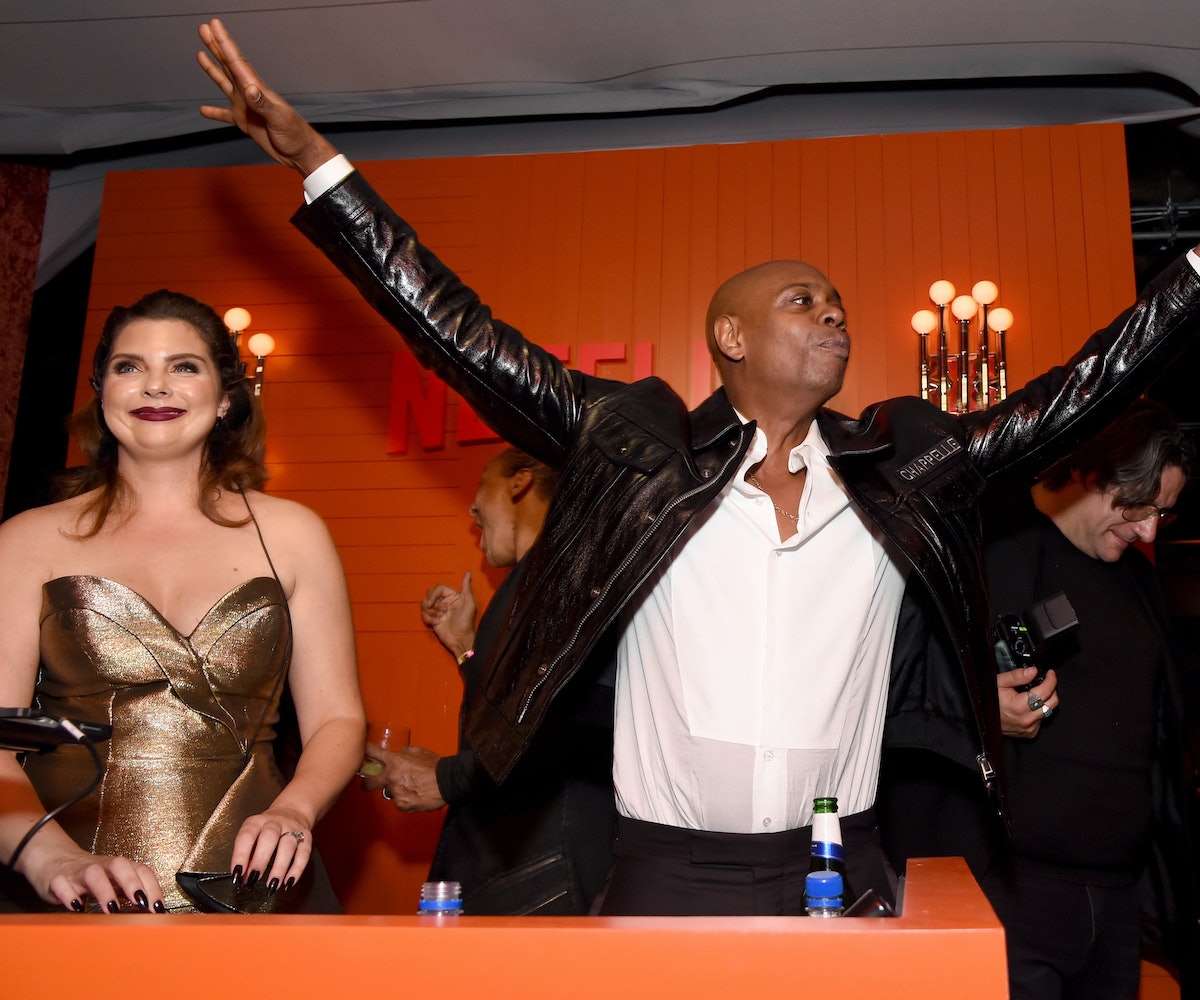 Chappelle and Caesar were guests on Mayer's Instagram Live show, Current Mood, and, by their own admission, drunk. When during it, Mayer referenced Caesar, Chappelle inexplicably remarked, "Very gay." When Mayer responded with confusion, Chappelle offered this corny bit of "humor": "Huh? Oh, I'm sorry, did I say that out loud? I'm just kidding." He then tried to gloss over the whole thing by making another flat "joke" about being jealous that Mayer has other Black friends. He was unsuccessful: Caesar was clearly offended. The rest of the video is a jumbled mess of obnoxious self-righteousness from Chappelle, uncomfortable dismissal by Caesar, and whitesplaining from Mayer.

"What the fuck was that?" Caesar asks of Chappelle in the video. "Did I offend you?" Chappelle slurs back in a tone that conveys he's offended that Caesar is offended. Chappelle starts to go in on Caesar being from Toronto, but Mayer jumps in to save the day. He confirms that everyone is drunk, which prompts Caesar to insist that he was "being sensitive." But Mayer wants this to be a teachable moment about what happens when you're drunk and "accidentally say something that trips someone's feelings up." Chappell quips, "The wrong word is 'accidentally.'" When Mayer then says that Chappelle should just "clean it up," Chappelle flatly refuses.

Chappelle explains that he sat at a piano with Caesar and thought he was great at it, but, if Caesar is offended by anything he says "as a comedian," he is being sensitive. Caesar concedes to this point, and I'm willing to bet that he's internally praying for the whole ordeal to be over so that he can get on with the show. But the alcohol in Chappelle's system won't let him graciously accept his pass. He continues to chastise Caesar about being too sensitive while simultaneously feeling bad about "O.G. bullying" the young singer. To Mayer's credit, he tries really hard to get Chappelle to acknowledge Caesar's feelings. But Chappelle can't because he's a cOmEdIaN, and no one should ever be offended when he's just trying to be fUnNy.

The disaster finally ends when Caesar embraces Chappelle in a last-ditch effort to get him to shut up. "I was being hella sensitive. I am a very big fan of yours," he says. I want to crawl out of my skin at the level of awkwardness. Between Chappelle's insistence that calling something gay is still funny in 2019 (which, no, it's downright offensive) and Mayer calling the whole thing an "accident" while referencing stuffed animals, I wish the best of luck to you getting through the entire video.