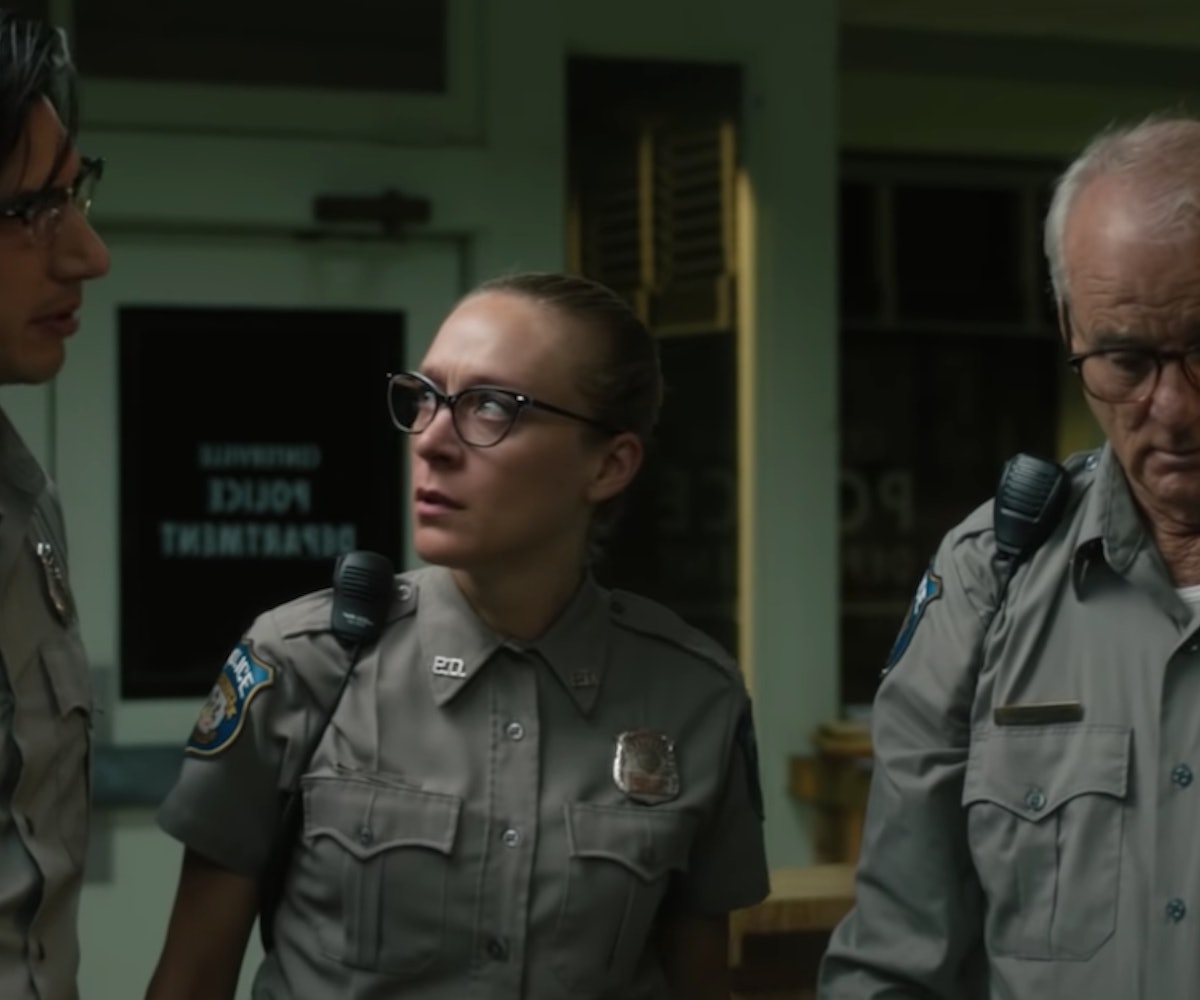 In the trailer, it's not clear why the dead are, well, undead, but what Driver has figured out is that they're attracted to all the things they loved doing when they were alive. So, in Carol Kane's zombie afterlife, she's still reaching out for that glass of chardonnay, and frankly, I feel that. Though their odds of survival don't look too good in the trailer, I can't wait to watch this clumsy trio take on the end of the world when the film is released June 14.

Rounding out the star-studded cast is Tilda Swinton, as a sword-wielding mortician with an affinity for neon-bright makeup shades, as well as Selena Gomez, Rosie Perez, Danny Glover, Austin Butler, RZA, and Iggy Pop.