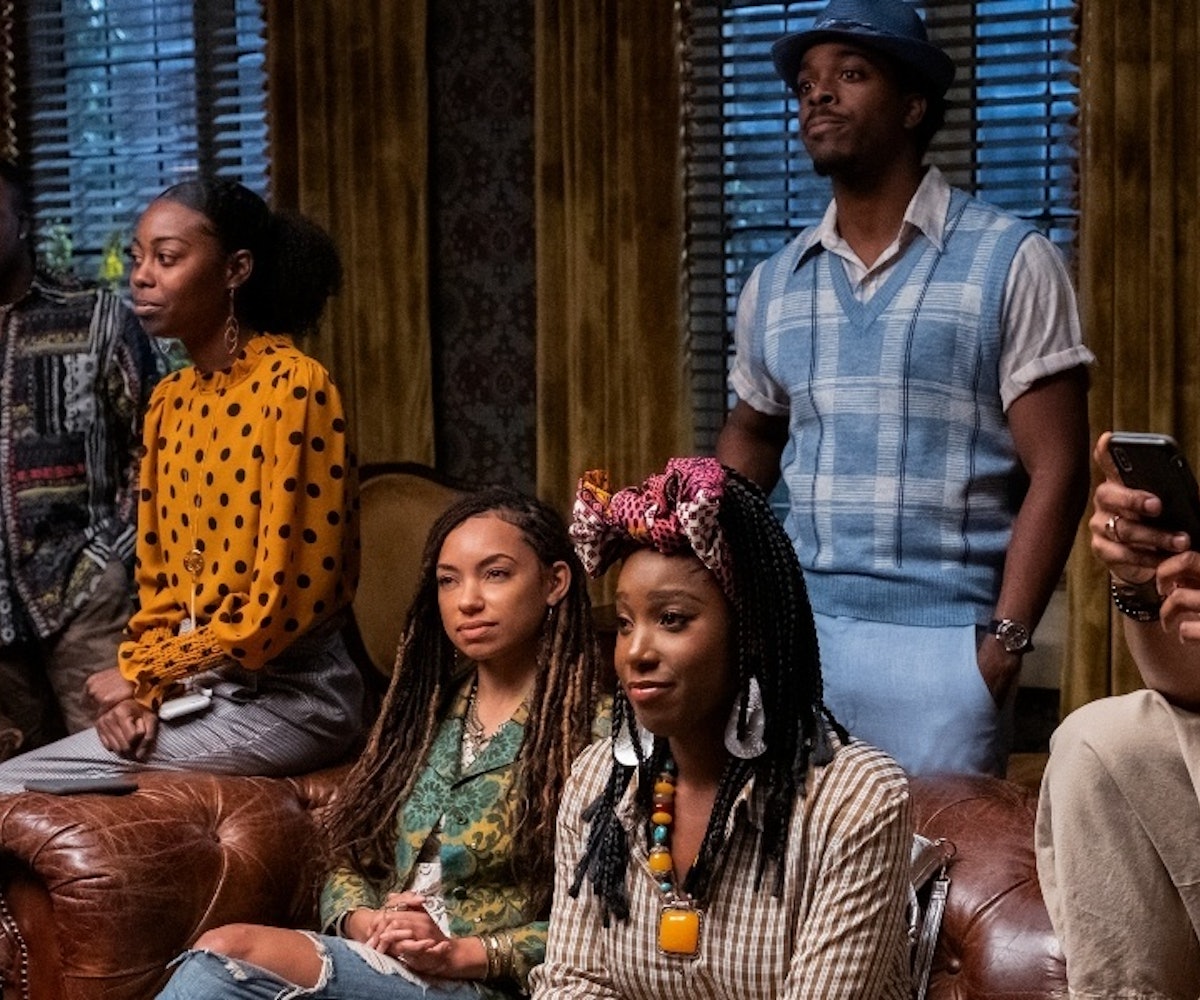 "If everyone stayed exactly the same, life would be tedious and predictable... like the third season of a Netflix show." That's just one of the not-at-all-subtle winks to its network in the Dear White People Season 3 trailer.

The other one comes in the form of a parody show-within-the-show (a staple of the series) called "Us of Gay." It's a riff on Queer Eye, and includes a gay man criticizing a racist Southerner's KKK hood and cape. "Hunty. It's after Labor Day, what are you doing with all this white?" the makeover specialist says with a feigned accent. It's toeing the "problematic" line, but it's also what makes Dear White People special: it makes white people the butt of the joke.

Aside from that, a lot has changed in the Justin Simien series. Sam (Logan Browning) has left her radio show behind, leaving it in the care of new hosts Joelle (Ashley Blaine Featherson) and Reggie (Marque Richardson). Lionel (DeRon Horton) is discovering kink. Troy (Brandon P. Bell) is a comedy bro now. No one is coming to Black Caucus meetings anymore, and while Coco (Antoinette Robertson) is that THAT girl, her mother is on campus to make her uncomfortable. And as we learned at the end of Season 2, our faithful narrator (Giancarlo Esposito) is now on campus, in the flesh and the shadows.

Dear White People returns on August 2. Check out the trailer, below.