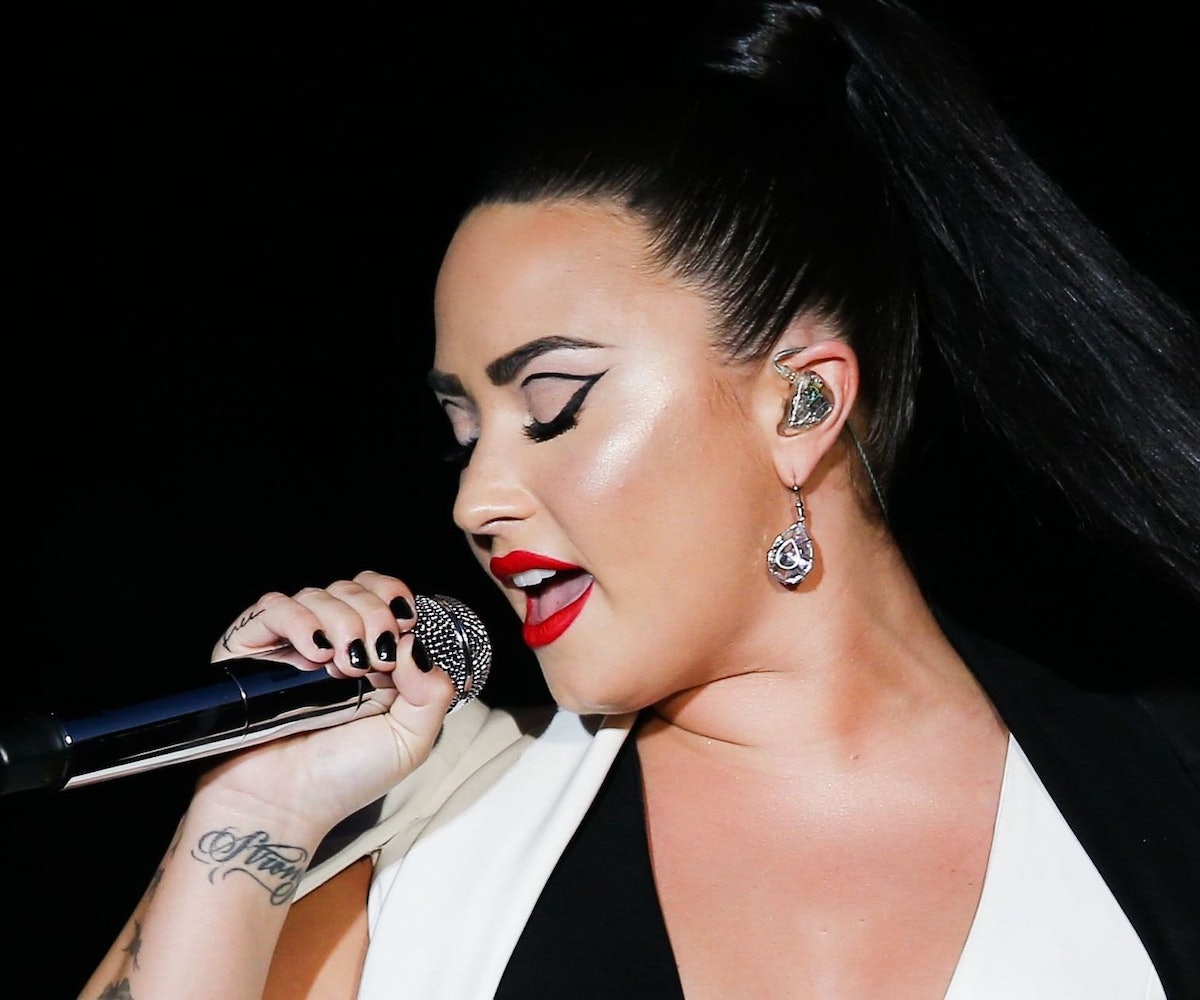 Singer-songwriter Demi Lovato just got vulnerable on the 'gram. The "Sober" singer posted an unedited bikini photo to the platform last night, and, according to the caption, it's her first.

"This is my biggest fear," she shared in a caption, adding that she's "literally sooooo tired of being ashamed of my body, editing it so that others think I'm their idea of what beautiful is." The singer also detailed the way dieting had impacted her body image and got in the way of her living, well, her best life. "It's such a great feeling to be back in tv/film while not stressing myself with a strenuous workout schedule before 14 hour days, or depriving myself from a real birthday cake rather than opting for watermelon & whip cream with candles because I was terrified of REAL cake and was miserable on some crazy diet shit."

The post signals a new chapter in her life, Lovato says, which will focus on authenticity and being proud of the skin she's in. "So here's me," she continued in the post, "unashamed, unafraid and proud to own a body that has fought through so much and will continue to amaze me when I hopefully give birth one day." She ended the post with the hashtags #nationalcelluliteday and #cellulit, and although the former isn't an official holiday, it is now September 5th because Lovato says it is.

The post sparked an outpouring of love from friends and fellow celebs. Model Ashley Graham commented: "Showing us you is so incredibly beautiful. Thank you Demi! Love you mama!" Iskra Lawrence chimed in too: "Love how vulnerable you are in this crazy world of perfected photoshop and messages everywhere telling us we aren't good enough. Thank you for being strong and authentically you."

Apparently, Demi's also working on "an anthem." If the post is even remotely related, we're sure it'll be a body-positivity banger.