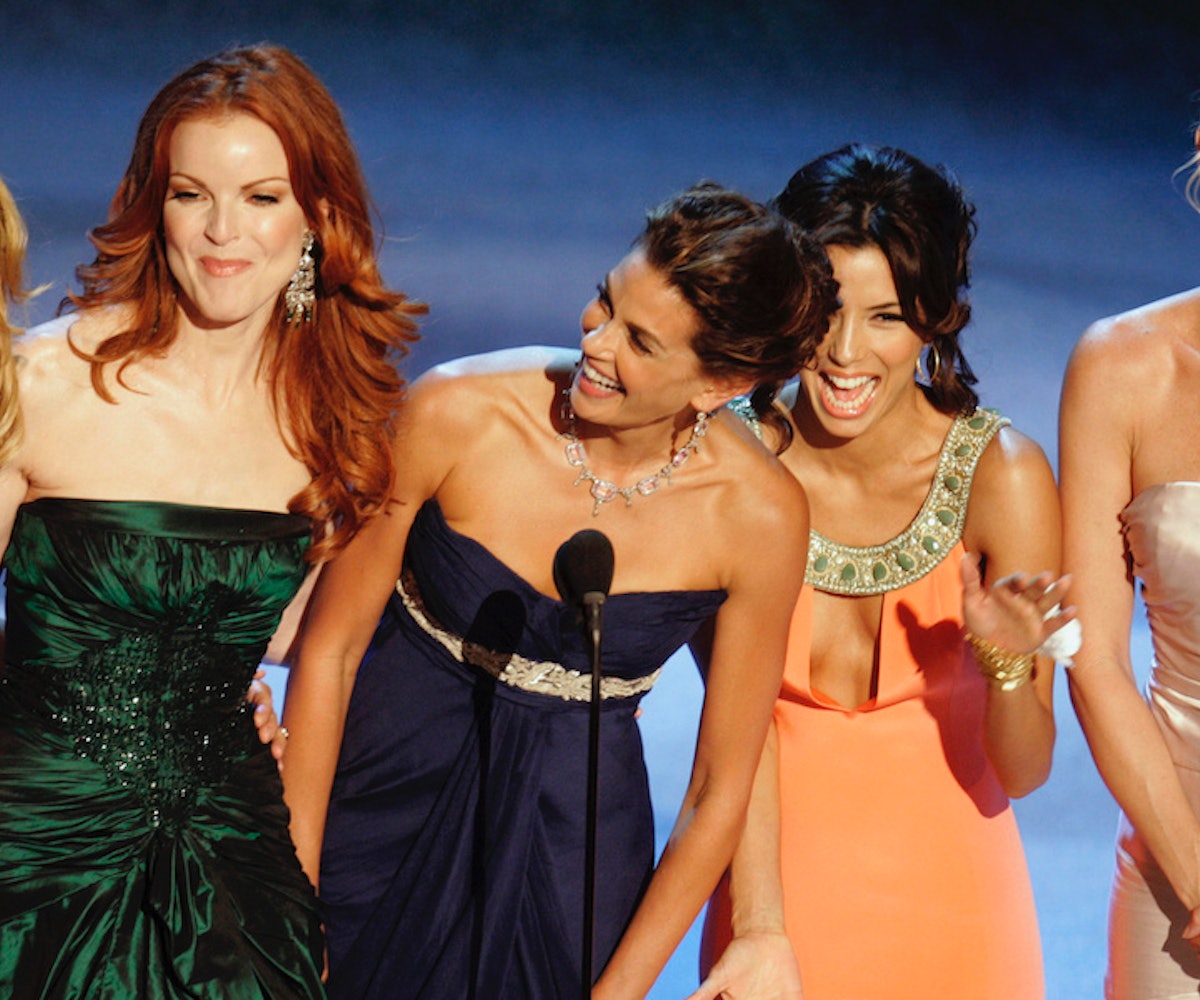 Over the past month, many of my friends have come to me requesting recommendations for shows to binge during our current era of quarantine. Their specifications have varied — some want prestige dramas, others want easy-to-swallow sitcoms — and so have my suggestions. But one thing has been relatively consistent throughout: for those seeking out a deliciously camp soap opera with a seemingly endless supply of episodes, there is only one show to dive into, and it's Desperate Housewives. Catty and witty with pitch-perfect performances from its core cast, Desperate Housewives more than earned its spot as the highest-rated show on network television in the early aughts. Desperate Housewives was a cultural reset! And now, the cast of the groundbreaking Marc Cherry series will be reuniting for a special episode ofStars in the House, eight years after the show went off air.

For the past three weeks, SiriusXM radio host Seth Rudetsky and producer James Wesley have been hosting Stars in the House, a daily live-streamed series dedicated to helping raise money for The Actors Fund in the wake of the COVID-19 pandemic. Already, the show has reunited the casts of beloved series like Unbreakable Kimmy Schmidt, This Is Us, and Frasier, and in the future, it is set to do the same for HBO's Barry, Disney's Jessie, and The Big Bang Theory's prequel series Young Sheldon. But nothing could draw up as much excitement (and, in turn, as much money) as a cast reunion for Desperate Housewives, one of the most beloved television series of the past two decades.

The Desperate Housewives episode will include appearances by series regulars Marcia Kross (who plays perfectionist Bree Van de Kamp), Vanessa Williams (who plays narcissistic party girl Renee Perry), Eva Longoria (who plays former model-cum-trophy wife Gabrielle Solis), Dana Delaney (who plays nefarious schemer Katherine Mayfair), and Brenda Strong (who plays the omniscient narrator Mary Alice Young, whose suicide kicks off the show). Surprisingly, Teri Hatcher, who played one of the series' leads in Susan Mayer, declined to join her costars for the occasion, a decision many believe may have something to do with the long-held rumors about tension on set. Somewhat less surprising is the noticeable absence of Felicity Huffman, who won an Emmy and was nominated for several Golden Globes for her role as Lynette Scavo. After all, the Oscar-nominated actress has been keeping a very low profile lately, thanks to her involvement in last year's college admissions scandal. After ultimately pleading guilty, she landed in jail for an unnervingly short 14-day stint.

Oh well! Either way, there is enough desperation amongst the housewives we do have. So let's celebrate that!

The Desperate Housewives episode of Stars in the House will premiere next Sunday, April 12th, at 8:00pm ET.