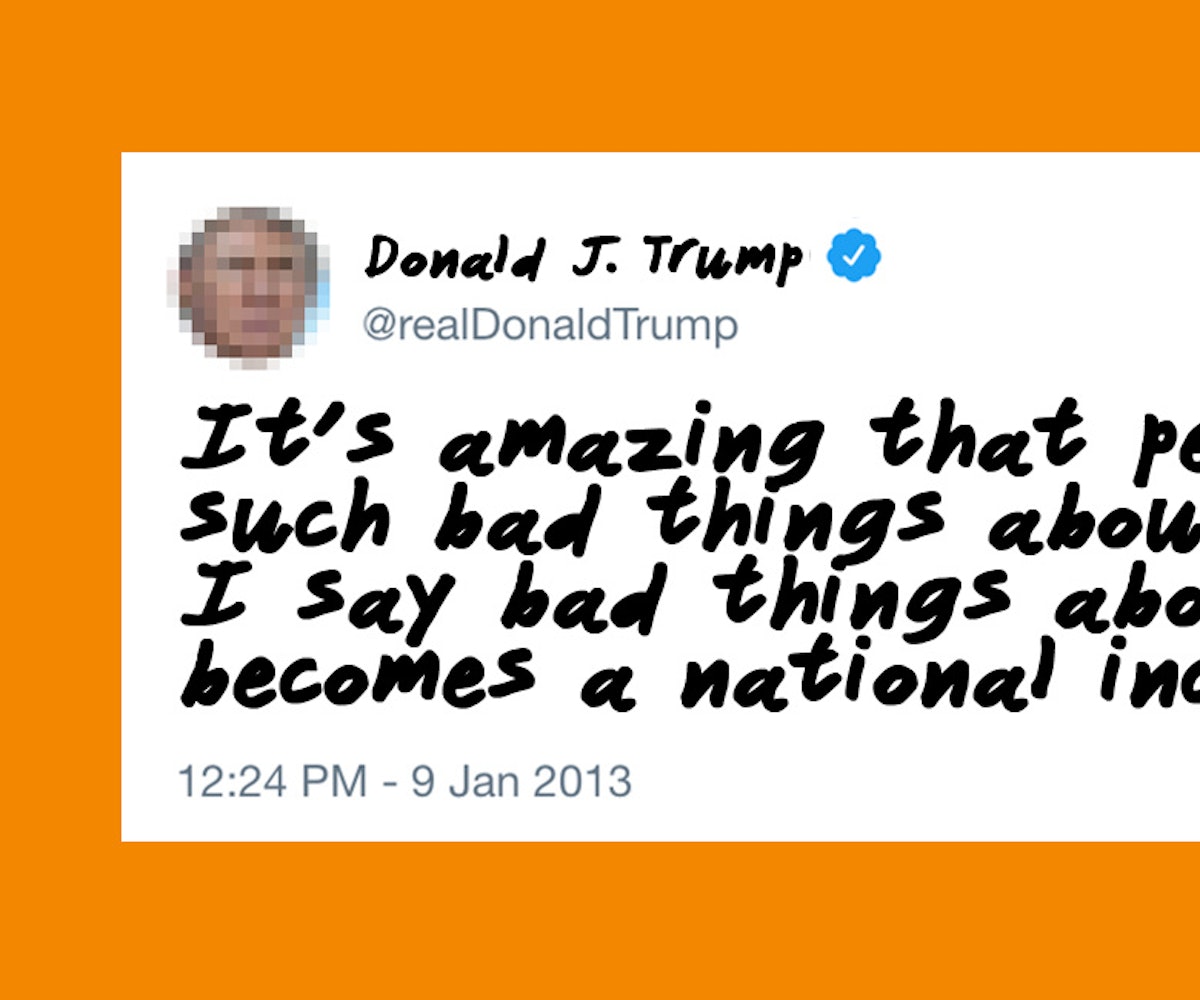 It didn't seem possible for Donald Trump's tweets to appear even dumber than they are, but alas, a new Politico interview reveals that Trump used to have his Twitter interactions printed out, then write his responses in Sharpie before having his social media manager type them up and click send.

Tweets like, "If I'm the third most envied man in America, the small group of haters and losers must be nauseas," weren't just word-vomited into a text box, as it turns out. They had a much longer journey—from the mind of the POTUS, spoken out loud over the phone to a second party or written in pungent permanent marker, then tweeted by said second party.

Trump's former social media manager Justin McConney recalled to Politico, "The moment I found out Trump could tweet himself was comparable to the moment in Jurassic Park when Dr. Grant realized that velociraptors could open doors," adding poignantly, "I was like, 'Oh no.'" Oh no, indeed. McConney served as social media manager from 2011 until 2017, despite Trump learning how to tweet on his own on February 5, 2013.

If you're enough of a masochist to do so, revisiting some of Trump's older tweets now comes with new humor and horror. Such as when, on December 11, Trump tweeted about "some dope" that messed up his tweet, he was literally calling his own social media manager a dope in writing (or perhaps, over the phone) and forcing him to tweet out his own shame.

In addition to some digging up of old tweets done by The Cut, I pored over Trump's Twitter archive to revisit some classics that apparently had many more eyes on them prior to sending than previously imagined. If you need me, I'll be screaming into my pillow for the remainder of the year.

NEXT UP
Culture
Who Won At The 2023 Grammys
Culture
For The Girls Of Forever Magazine, What's Forever Is Friendship
Culture
The Cutest Couples At The 2023 Grammys
Astrology
February 2023’s Full Snow Moon in Leo Embraces The Real You
Style + Culture, delivered straight to your inbox.