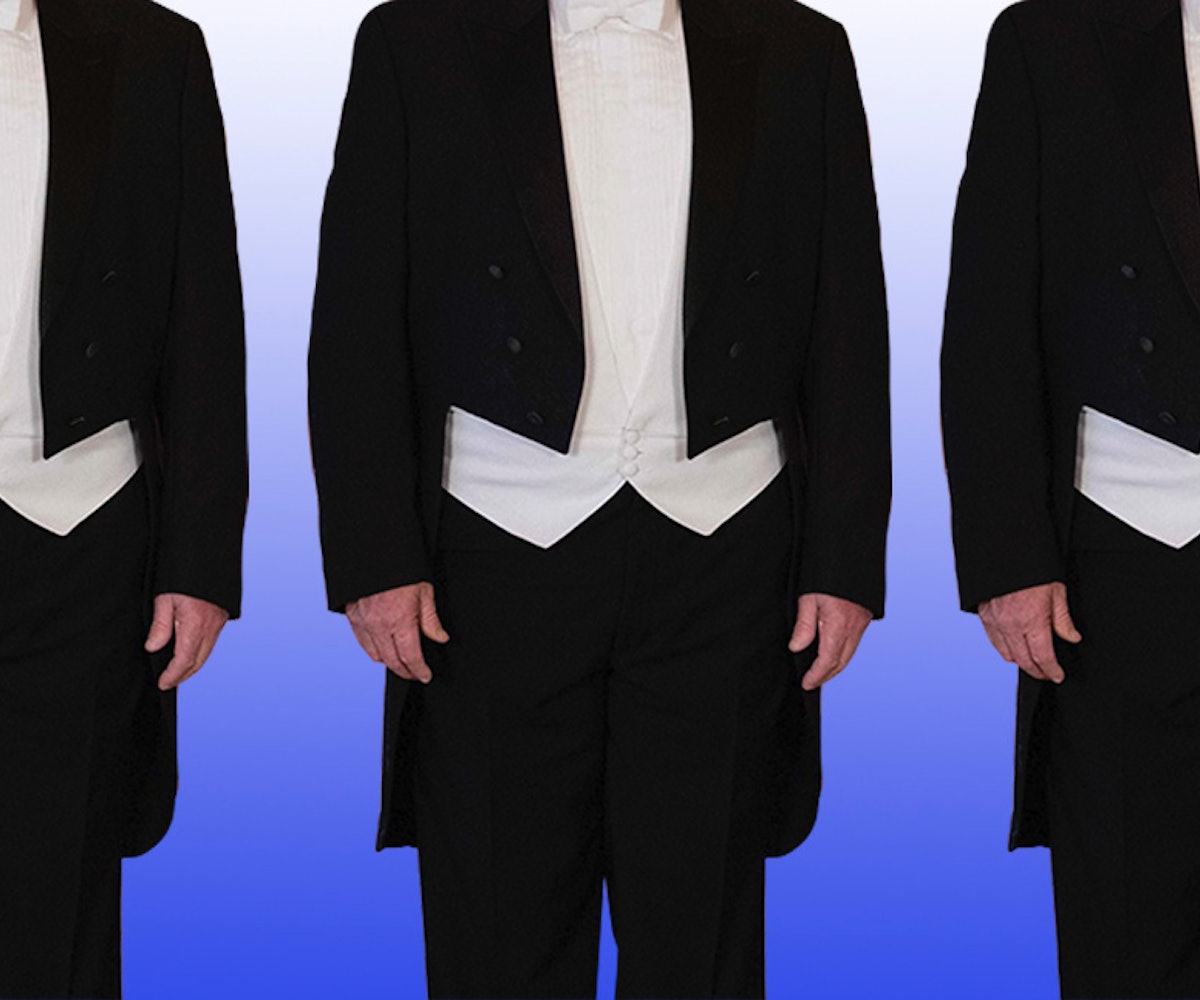 Donald Trump showed up to a state visit with Queen Elizabeth in Buckingham Palace wearing what I honestly thought at first was his 13-year-old son Barron's suit jacket. Seriously, the piece looks so small, I'd be surprised if he was able to move his shoulders in it.

What's not immediately noticeable is that Trump is actually wearing a suit jacket with coattails, so it's appropriately long in the back but still looks ridiculous. I mean, I cannot find his waist to save my life! To make it even worse, the sleeves of the jacket are too long. The look is all out of whack, and Twitter agreed.

Barack Obama wore something similar during one of his visits and looked great (duh). The Queen looked displeased to have someone so unfashionable standing beside her... or maybe she was more annoyed that she was being forced to stand by someone who is actively stripping rights from people?

Usually, Trump's suits are mocked because they're too big and baggy, but it looks like he overcorrected on this one.

NEXT UP
Astrology
February 2023’s Full Snow Moon in Leo Embraces The Real You
Astrology
How to Use Astrology to Access Past Lives
Astrology
Your February 2023 Horoscope Is A Breath Of Fresh Air
Culture
Edie Parker’s Latest Ice Pipe Collection Is High Art
Style + Culture, delivered straight to your inbox.