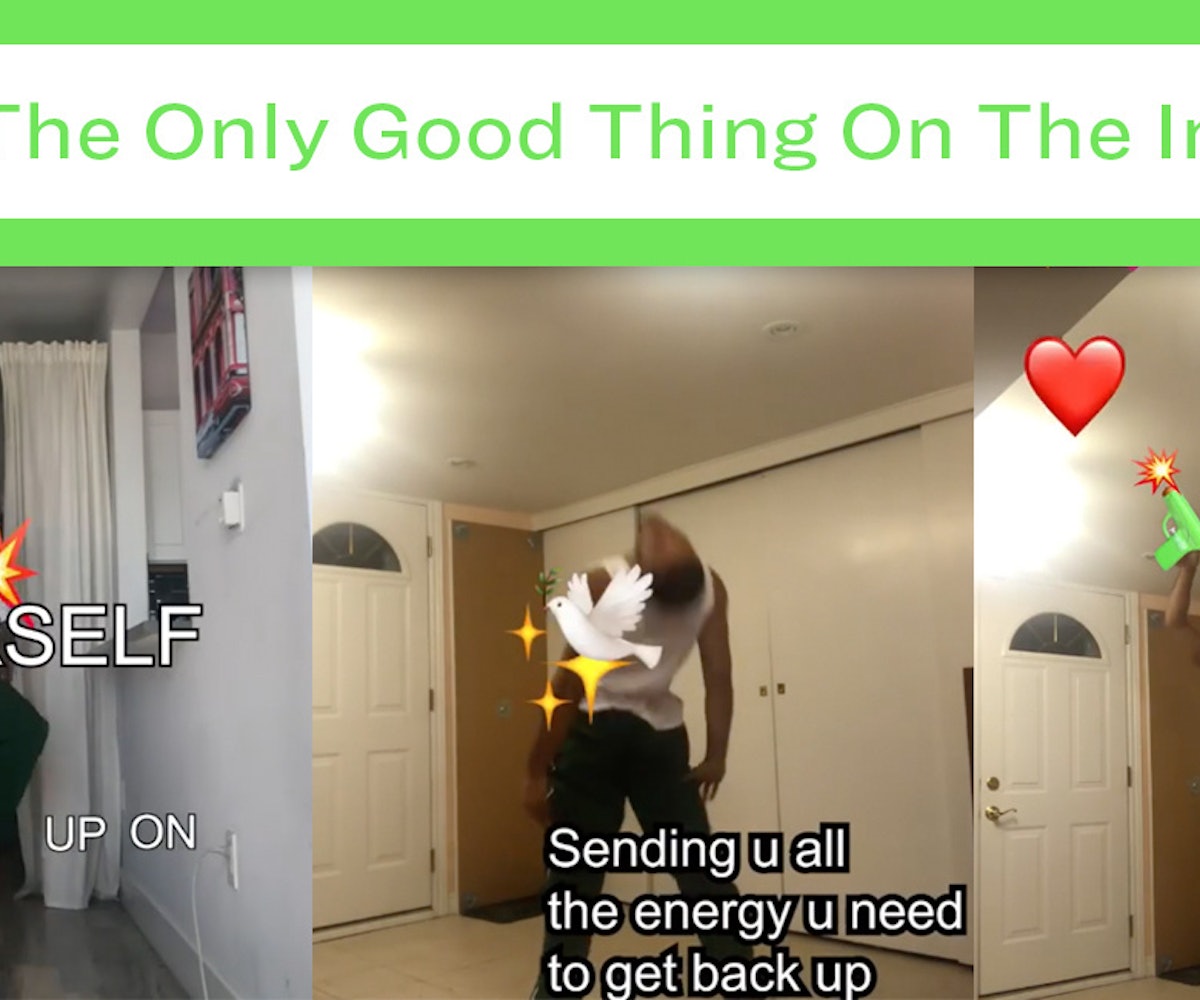 The internet is mostly bad, but sometimes (sometimes!) it contains something good. With The Only Good Thing On The Internet, we are celebrating those rare good things.

It was the day after New Years when I and most of the internet came across Donté Colley's motivational videos. The most popular and the most viral being an emoji-filled seconds-long dance routine encouraging those watching to prepare for the #lit year ahead. "Keep on working toward your dreams, you can do anything," reads the text, which pops up at every hip toss and arm swing. "Lets get it!!!!!!!" the text concludes before Colley signs off by twerking and shooting off a stream of heart emojis.

I'm not typically an affirmation kind of person. I cringe at self-help books and get second-hand embarrassment when my best friends' moms post motivational quotes to their social media accounts. Maybe it's my Capricorn sun speaking, but they don't motivate me to reevaluate anything or look at my life any differently. And yet there was something about Colley's creations that made me want to, if not seize the day, at least actually get out of bed and face it.

I couldn't tell you what it is about the video that made it go viral (there's no rhyme or reason to the internet I've learned). Colley's been making similar ones since 2015, so this isn't new territory for him either (it's also comforting knowing that he didn't create it solely in hopes to go viral). But maybe it gained people's attention for the same reason Doja Cat's "Mooo!" video did. It's corny and DIY enough to the point that it sparks joy. Colley is all of us dancing in our rooms when we think nobody's watching—Milly rocking to Natalie Imbruglia's "Torn," or twerking to the instrumental version of "My Heart Will Go On." He's a reminder to live your best life and also not take it too seriously at the same time.

I've been watching Colley's videos daily since the New Year started. And if I don't seek them out myself, they find me by way of someone reposting one on their feed or Instagram story (Jennifer Garner is apparently a fan which made me even more of a fan of hers). It's a simple message made memorable by the delivery: Keep going, keep dancing, and throw some emojis around in celebration when necessary.

Explaining the reason behind his videos, Colley wrote on his Instagram: "At the end of the day I do this because I know how dark social media can be. Just want to remind you that each and every single one of you are so fucking unique special and that cannot be replicated by anyone. We're all on our own journey so don't ever compare yourself to anyone. YOU are amazing and don't ever give up on any of your dreams."