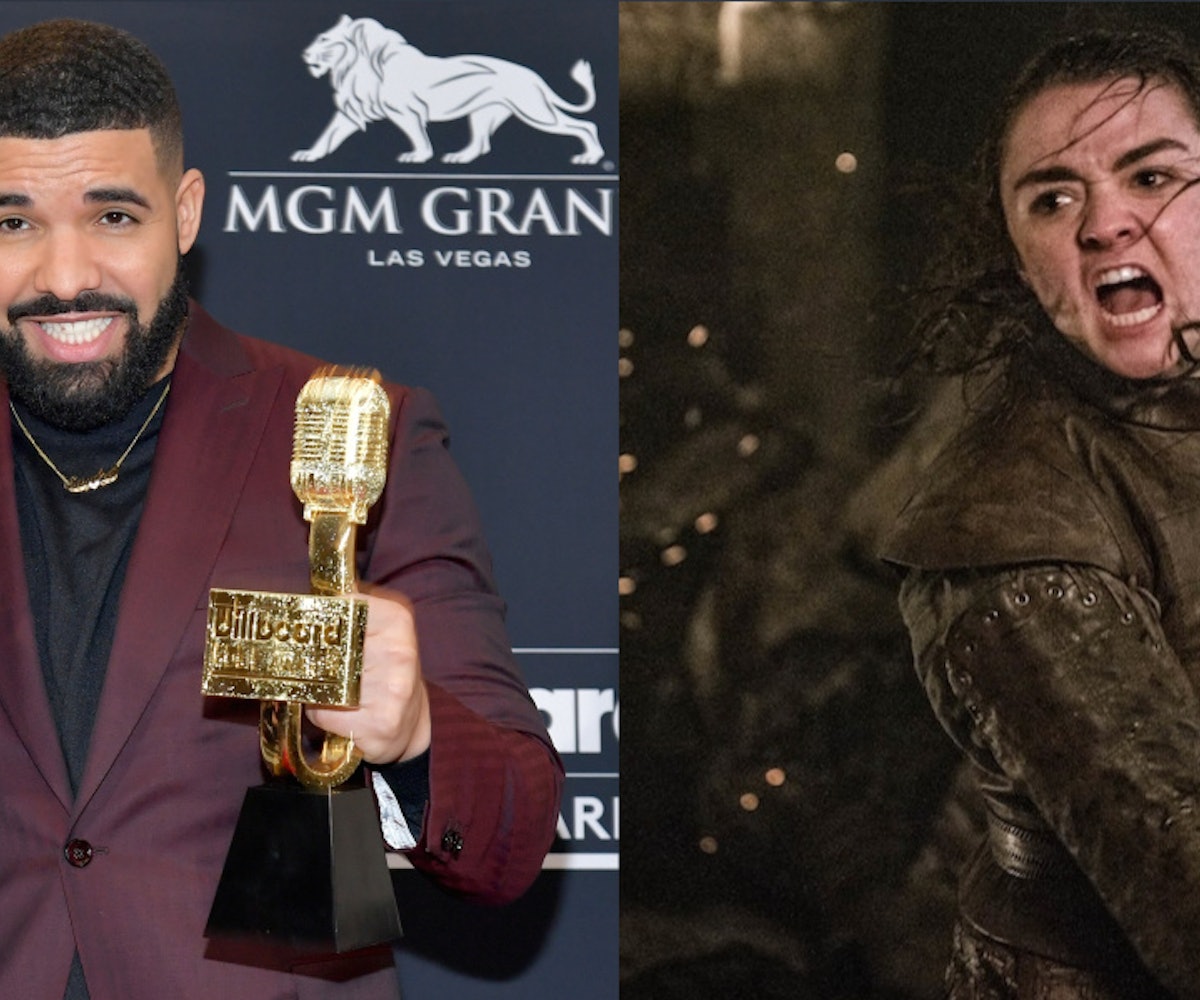 Drake used his Billboard Music Awards acceptance speech to praise a queen, Arya Stark, and Game of Thrones fans are worried that it will doom their mighty hero. "Shout-out to Arya Stark for putting in that work last week," the rapper said while accepting the Top Billboard 200 Album award, nodding to Arya's epic scene during the Battle of Winterfell.

While this would be fine if it were anyone else, Drake has been known for his "sports curse," which has led to players photographed hanging out with him losing important games. While the curse has only applied to sports, it's hard not to worry that Drake just threw a wrench in the fate of all your faves on GoT by placing their fiercest fighter at a disadvantage.

GoT fans were out on Twitter commenting on his bold speech, the most pessimistic of the lot suggesting that she'd die in next week's episode. "Cersei in 4 smh," one wrote, and, I swear, if that happens, Drake will be hearing from me personally.

Maybe, Drake, you should start name-dropping people we'd like to see cursed? Like, Cersei? Trump? Just a thought.