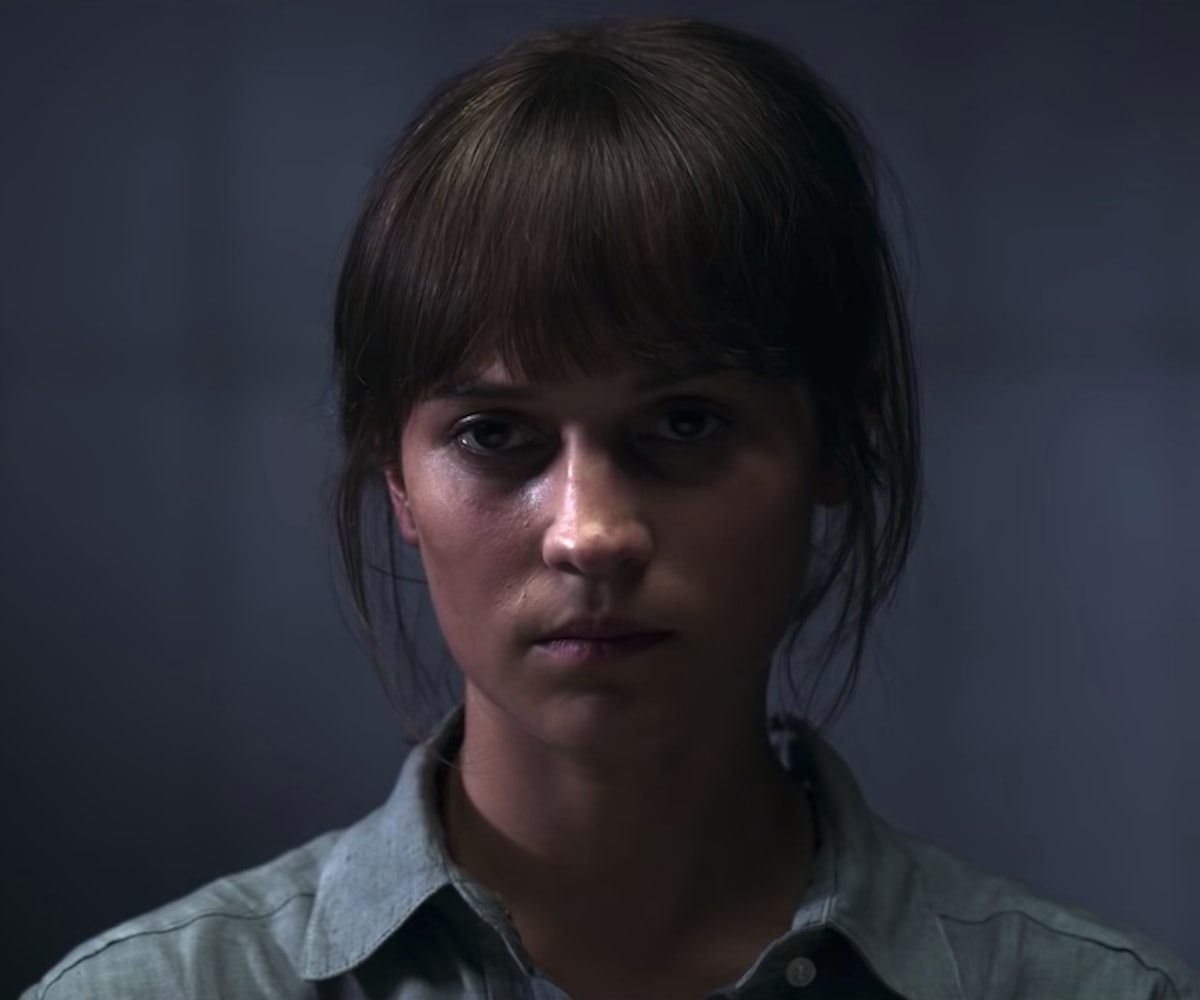 Alicia Vikander is back as a leading lady for the first time since 2018's Tomb Raider, this time flexing her acting skills on a dark, twisted romance for the forthcoming Netflix film Earthquake Bird. On Wednesday, the streaming network revealed the official trailer, and the suspense is killing us.

Based on the 2003 Susanna Jones book of the same title, Earthquake Bird follows the story of expat Vikander in 1980s Tokyo, who soon falls for local photographer Naoki Kobayashi. Their tense, passionate relationship couldn't get any more complicated — that is, until foreigner Riley Keough comes between them, and soon winds up missing, suspected dead. At the top of the trailer, we're thrust into the thick of the investigation with Vikander in the hot seat, recalling her relationship with the missing person.

According to Entertainment Weekly, Vikander went above and beyond for the role: 20 percent of the film is in Japanese, so Vikander studied and learned the language to better pull off the scenes. "Alicia has just such a high standard of excellence for everything she does, and she completely aced that part of the challenge," filmmaker Wash Westmoreland told EW. "But also, just on a day-to-day level, she's such a complex and interesting actress, and she always brings so much depth and nuance to every scene."

Earthquake Bird hits select theaters on November 1 and will be streaming on Netflix on November 15. Watch the official trailer below.