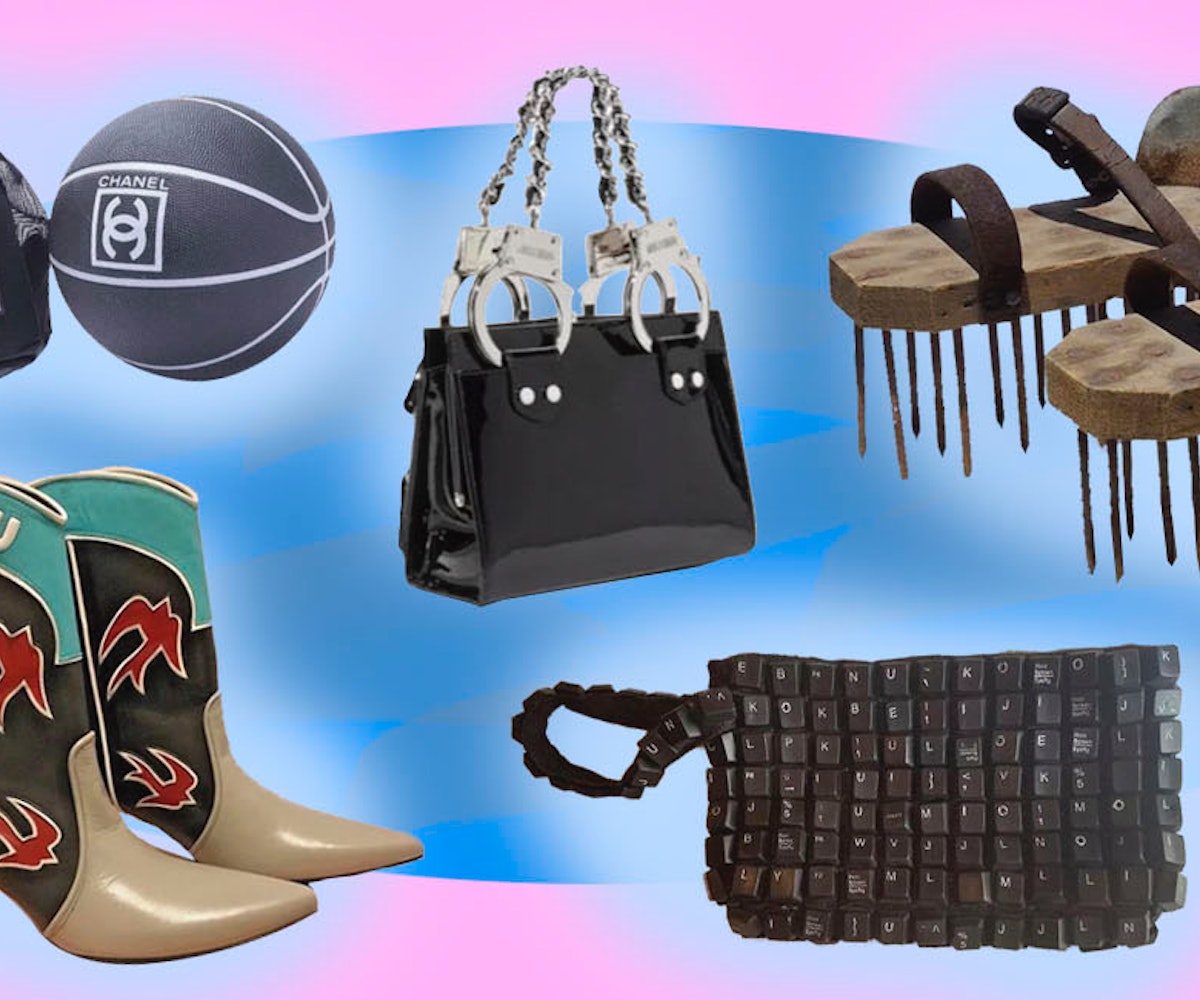 Ever wanted to buy a pair of Chanel skis, but just didn't know where to look? Been searching for vintage Gucci incense? Or a set of Cheetos that depicts the nativity scene? Look no further than @ebaybae, an Instagram account that collects the strangest listings from the depths of the internet's original marketplace—eBay. Owner Tae In Ahn has been sharing her finds since 2015, and has amassed more than 64,000 loyal followers. When Ahn's not working her full-time job as a collections specialist at the Metropolitan Museum of Art in New York City, she turns to her internet double life for another kind of collection. Her posts range from intricate vintage designer handbags to Childish Gambino's roach from Coachella, showcasing the weirdest things money can buy.

There's something captivating about scrolling through the treasure trove that is @ebaybae. It's the same feeling of sifting through racks at a thrift store and stumbling across a Hannah Montana T-shirt from 2010 or finding that old vinyl you'd been looking for for ages. The items, which are sometimes lavish and usually downright odd, put the strange nature of consumerism on full display. Ahn's digital collection of items is satisfying in the weirdest way, and I personally think it's thrilling to know that a portrait of Dolly Parton made entirely out of beads exists somewhere in the world.

We spoke to Ahn about the viral account, her weirdest find ever, and more, below.

How did you get the idea to start this account?

It began a year after grad school. I had a job where the commute was really long, and it involved going to New Jersey on a bus through the Holland Tunnel. Since the commute was so long, normally everyone else had something to read, but reading makes me bus-sick, so I would just look at my phone. I was looking at something that I wanted to share with my friends—well, it wasn't just one thing, it was many things—and rather than bombarding them with texts, I thought, Why don't I just put this on an Instagram account? That's how it started.

[For the username,] I originally wanted just 'ebae,' but that was already taken. This was my second choice. I've always used eBay, and I've always looked on there for things. I've sold things on the site, and I used it a lot during grad school. That search bar, "search for anything?" I'm taking that literally. I am searching for anything. I like to showcase how it's all just one marketplace where you can really just get anything you want. That doesn't exist in real life, in the physical realm.

Do you focus on certain themes when you're searching? What are some keywords you've used?

There are a few themes that I always gravitate towards. I like "plastic" and "miniature" and, obviously, "fashion." I will search by designer name. If I find a seller that has a really interesting collection of listings, I'll search under that seller's store. Sometimes, I like to do specific themes. For example, I'll search "pasta," but then I'll refine the search and look under clothing, shoes, or accessories. It's exciting because you don't know what you're going to find.

I think the weirdest things are the "metaphysical" listings. There is a category on eBay that's for metaphysical things. It sells things like self-healing or new age stuff. Someone once was trying to sell friendship... just really abstract things. I think the weirdest thing was someone who makes signage with caviar eggs. Their listing is that they'll spell out a name or anything with caviar. I wasn't sure if they would end up shipping it, the actual sign? Or, would they take a picture of it and send it to you? That's probably the weirdest thing I've seen. I know that some people put things up as a joke, they're not actually trying to sell it. I like to focus on the real listings.

Have you ever bought anything that you've found?

Oh, yeah. For sure. There's this theme of body parts and hands that I did, there's a USB drive that looks like a thumb. It's a silicon, flesh-colored thumb with a USB stick at the end. My office was doing a holiday party, and we had to bring a white elephant gift. That was mine.

What are your thoughts on being nominated for a Shorty Award?

I'm flattered, but I was very surprised. I was nominated for the "weird" category. I didn't make the cut, I'm not a finalist, which I'm very relieved about, actually. I'm looking forward to the awards show, I don't know what to expect. I'm just going to go and be in the audience. I wasn't anticipating anything, it would just make me more anxious. It's weird. Like, just now, I was stepping out for this call, and one of my colleagues was asking me what's up. I told her that I had an interview, and she didn't even know about this account. I don't go around talking about it.