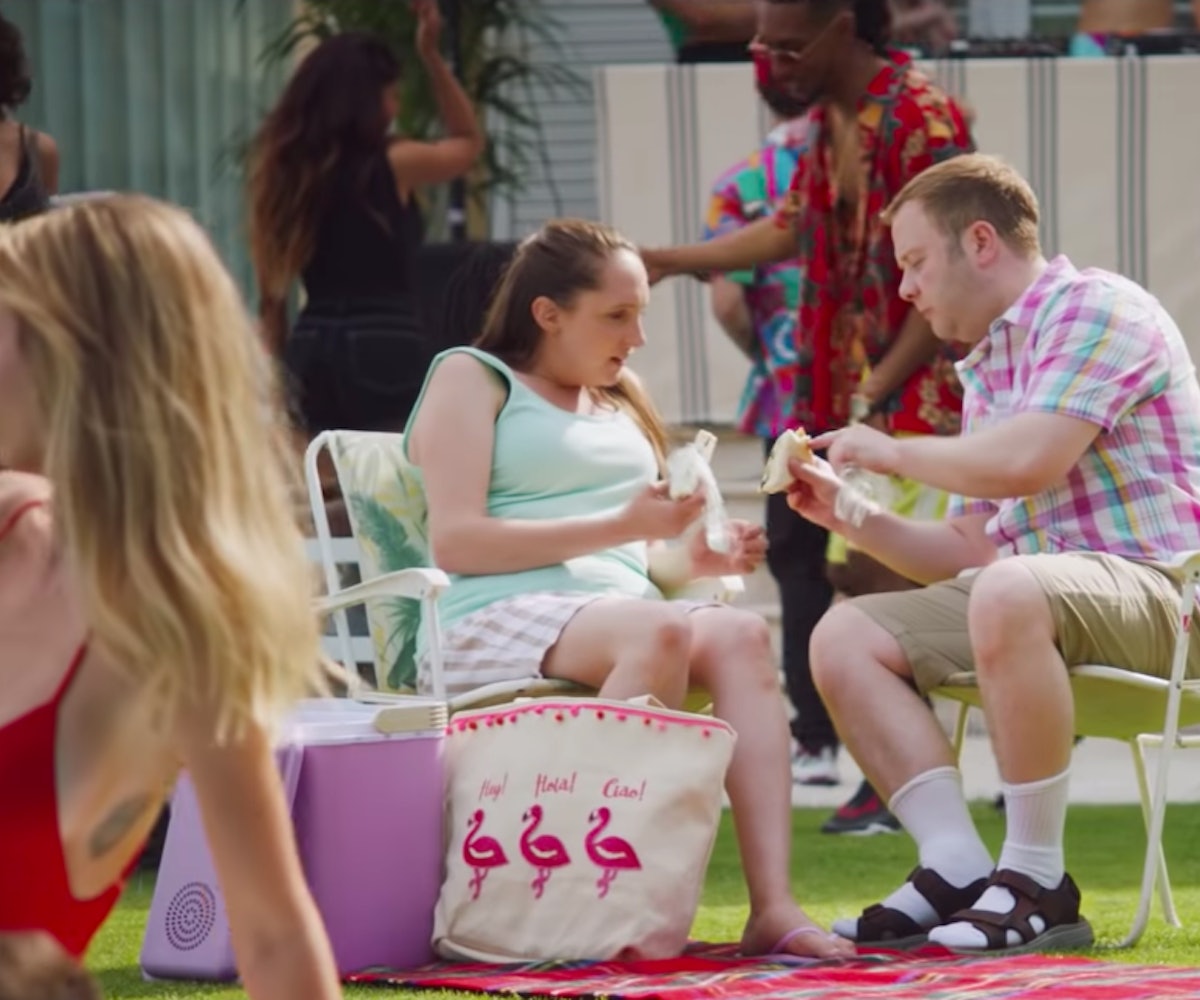 Getting tapped on the shoulder by authorities at the airport is most people's idea of a nightmare. But, for the ultra-normal couple at the center of Ed Sheeran's new "Beautiful People" music video, it becomes something of a dream—even though what happens next isn't really their style.

The two unwitting travelers—complete in sweatpants and an admittedly tragic floral top—are quickly escorted into a limousine that takes them straight to a huge mansion pool party. Unimpressed by the flat stomachs and thong bikinis around them, the couple sets up their own little picnic amidst the party goers, enjoying each other's company more than anything else.

More of this extravagance ensues as the couple navigates yacht life (the male partner gets sea sick and his boo may as well be fully clothed in a one-piece bathing suit); road trips (foreign sports cars zoom around their small hoopty); a fashion show (he falls asleep and she looks nauseated by the parade of thin models); a house party (they play Sudoku and slow dance like middle schoolers); and private jets (you're damn right she's using her neck pillow). By the end of the ordeal, when a black car is waiting to take them to another destination after they get off the plane, they opt for the shuttle bus instead.

"Beautiful People" features Khalid and is one of the singles off of his upcoming album, No. 6 Collaborations Project. Check out the cute video below.