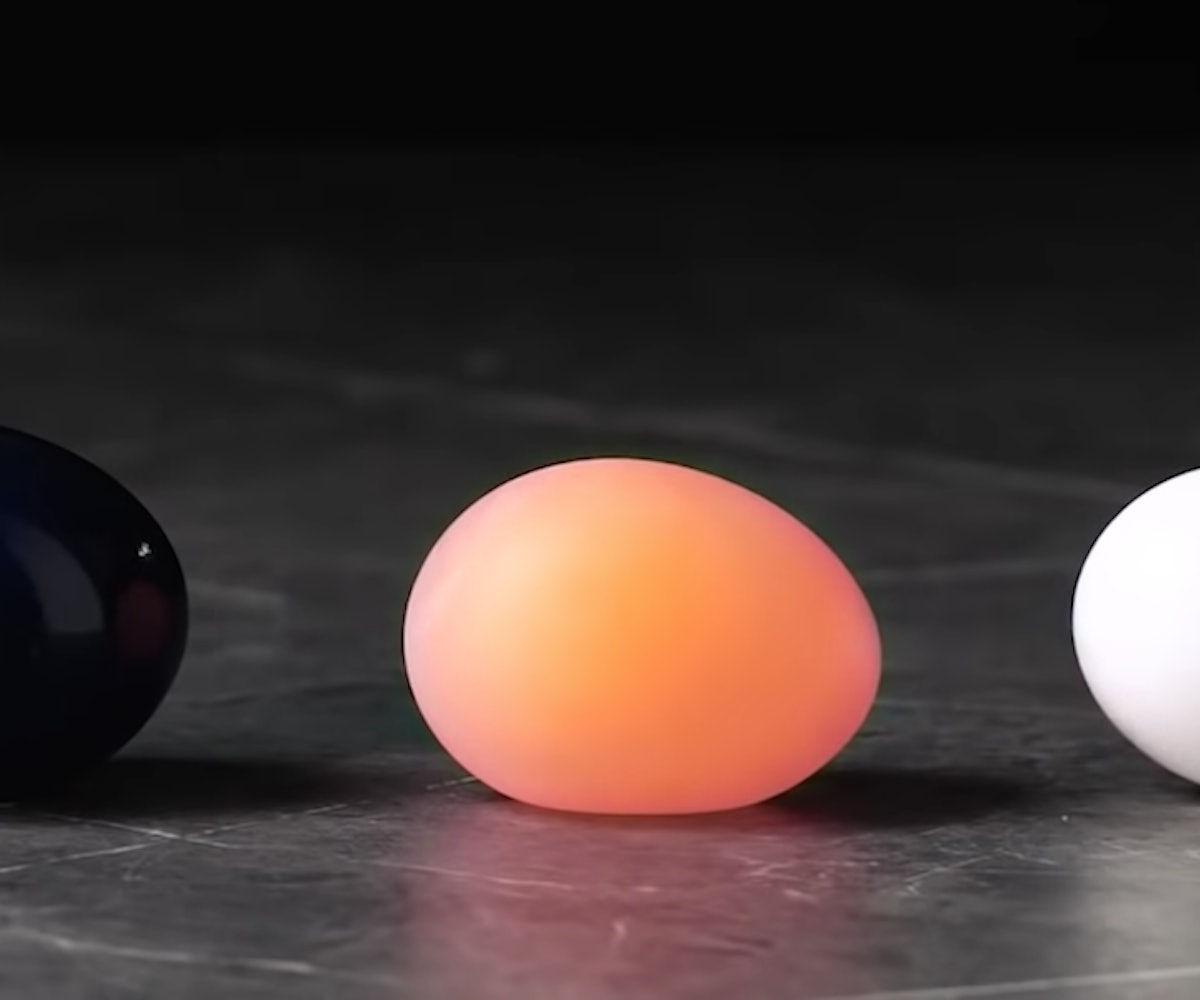 A bizarre video from the 5-Minute Crafts Facebook page was reshared to Twitter, prompting the phrase "bigger than before" to flood the platform's timeline over the past day or so. Many have been lost in the allure of an egg becoming "bigger than before" after it is soaked it in a variety of household liquids. Others are plain confused about it.

If you were looking for a way to enlarge an egg over the course of a few days and ensure that it loses all fragility and general eggy qualities, then this video is for you. First, the egg is soaked in vinegar for a day, and it becomes a bouncy egg-shaped orb the color of the yolk. Then, maple syrup, then water and dye. The final result is a navy blue, slightly larger rubbery egg thing that no one ever asked for, ever.

"This is how the world ends: not with a bang, but with everyone walking around muttering 'bigger than before' to themselves, unhinged and slicked with sweat," writer Marianne Eloise wrote on Twitter. And, it's true. "Bigger than before" is peak internet brain. Try explaining the fascination, the humor of the video to your parent. Or, even to anyone without Twitter.

Why are we so fascinated with this egg? Who figured out that this sequence of liquids would transform an egg in such a way? Why would they have chosen to do this? Perhaps, this will remain a mystery forever. For now, it's already transcended its video form. "Bigger than before" is a meme. It's a lifestyle.

I take a bit of comfort in knowing that 5-Minute Crafts never actually meant to share the video under the guise of it being a craft but, rather, a "science trick." Will I go to the grocery store and purchase the supplies necessary to make an egg "bigger than before?" No. But did the thought pass through my mind? Yes, immediately after watching.

Find all 22 chaotic science tricks in the full video from 5-Minute Crafts, below, and contemplate the meaning of life while you're at it.