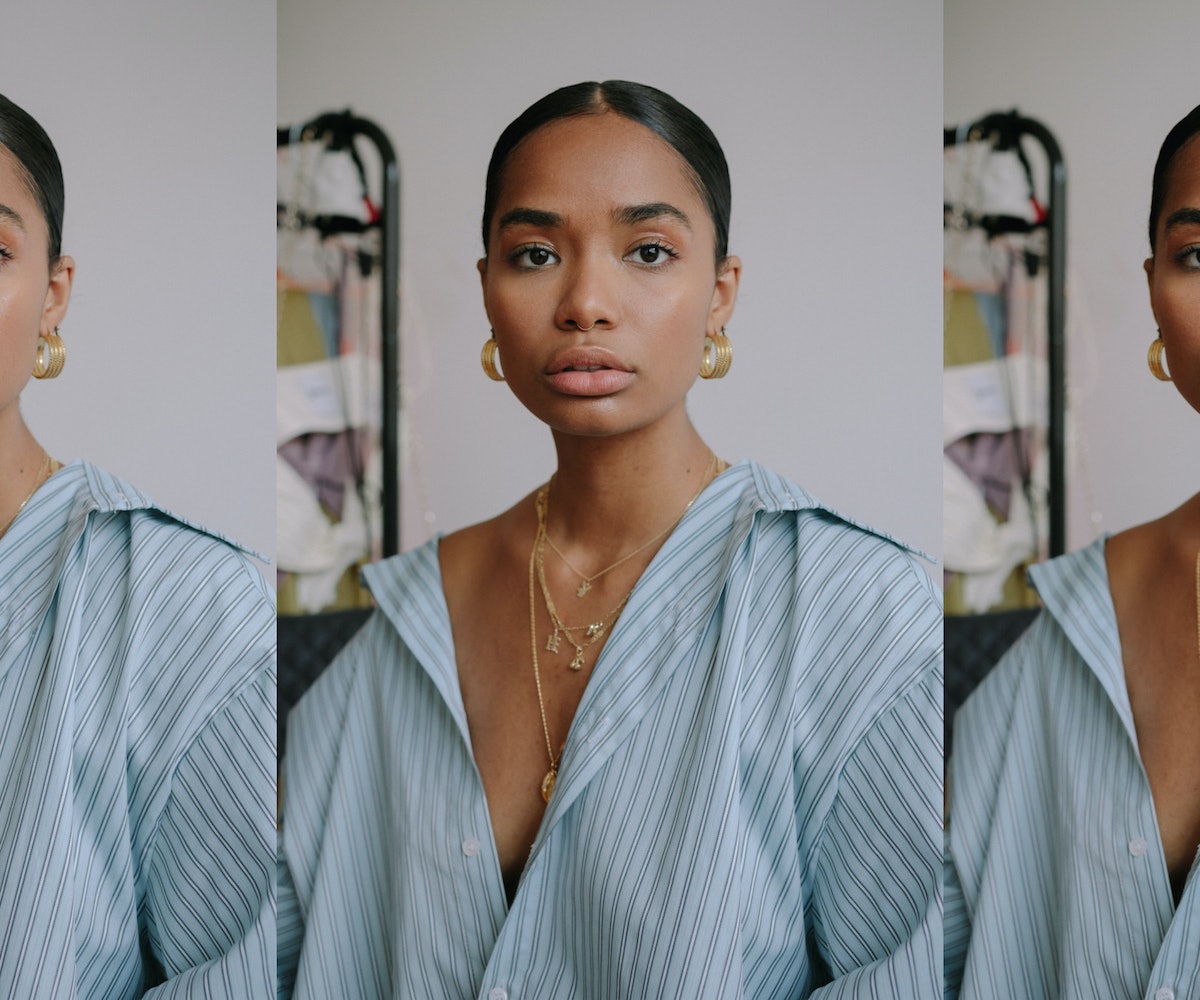 New York-bred contemporary artist Elah Hale has long known how to capture the hearts of the internet — at just 16 years old, her acoustic song "Porsche, Hat, Cloud" blew up on Tumblr. Now at 20, she's embedding that same mellow romanticism into new music but ditching the sparse acoustics for a warm indie-R&B sound. Her newest offering "Posters" is a lesson in emotional self-care, the importance of being attentive to internal wants and needs rather than whoever might be blowing up the phone. On Thursday, she premieres the accompanying music video exclusively via NYLON.

"For me, 'Posters' is about the freedom of separation, taking space and saying, Hey I'm focusing on me now," Hale says. In the video, Hale does exactly that as she hops into a cherry red convertible and cruises off into the sunset, away from anyone that might be filling up her voicemail. She says, "This video was absolutely a break, going to Las Vegas with my best friend and just having genuine fun, taking space for myself and for her."

Let the video act as a how-to for the next time your friend is hung up on a fuckboi or girl; take them out into the desert, throw on a bedazzled cowboy hat, eat plenty of cake, and start jumping on the hotel bed (and don't stop until the sun comes up).

Watch the video for "Posters," below.