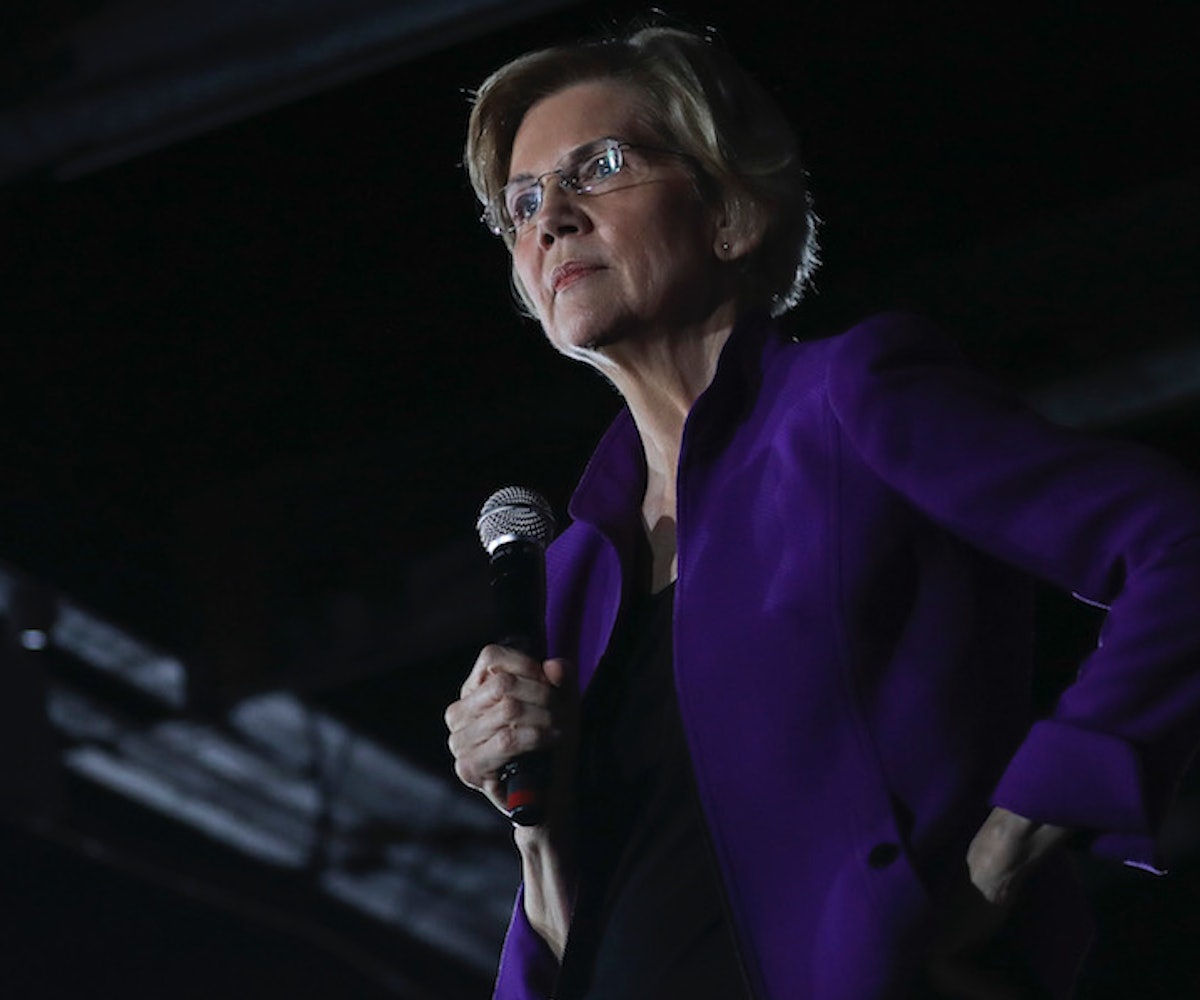 Senator Elizabeth Warren keeps dropping great policies like mics and has announced her plans for wiping out a huge amount of student loan debt nationwide. Warren now has a solid outline for how she plans to cancel up to $50,000 of your student loans (and those of 42 million other Americans) immediately, as well as make higher education more accessible to all by eliminating tuition and fees for all public schools.

Warren outlined her new policy in a post to Medium, where she shared a bit of her life story and stressed the importance of universal access to education. She emphasizes that a small tax on the most wealthy in the nation, dubbed the Ultra-Millionaire Tax, would easily cover debt relief (and then some). For families with over $50 million or higher in wealth (there's 75,000 of them, and none of them have stepped up to pay off your loans yet) will face a 2 percent annual tax, which is essentially pocket change to them; over 1 billion dollars in wealth, and they'll pay 3 percent. That will be enough to ease the financial burden that the vast majority are enduring.