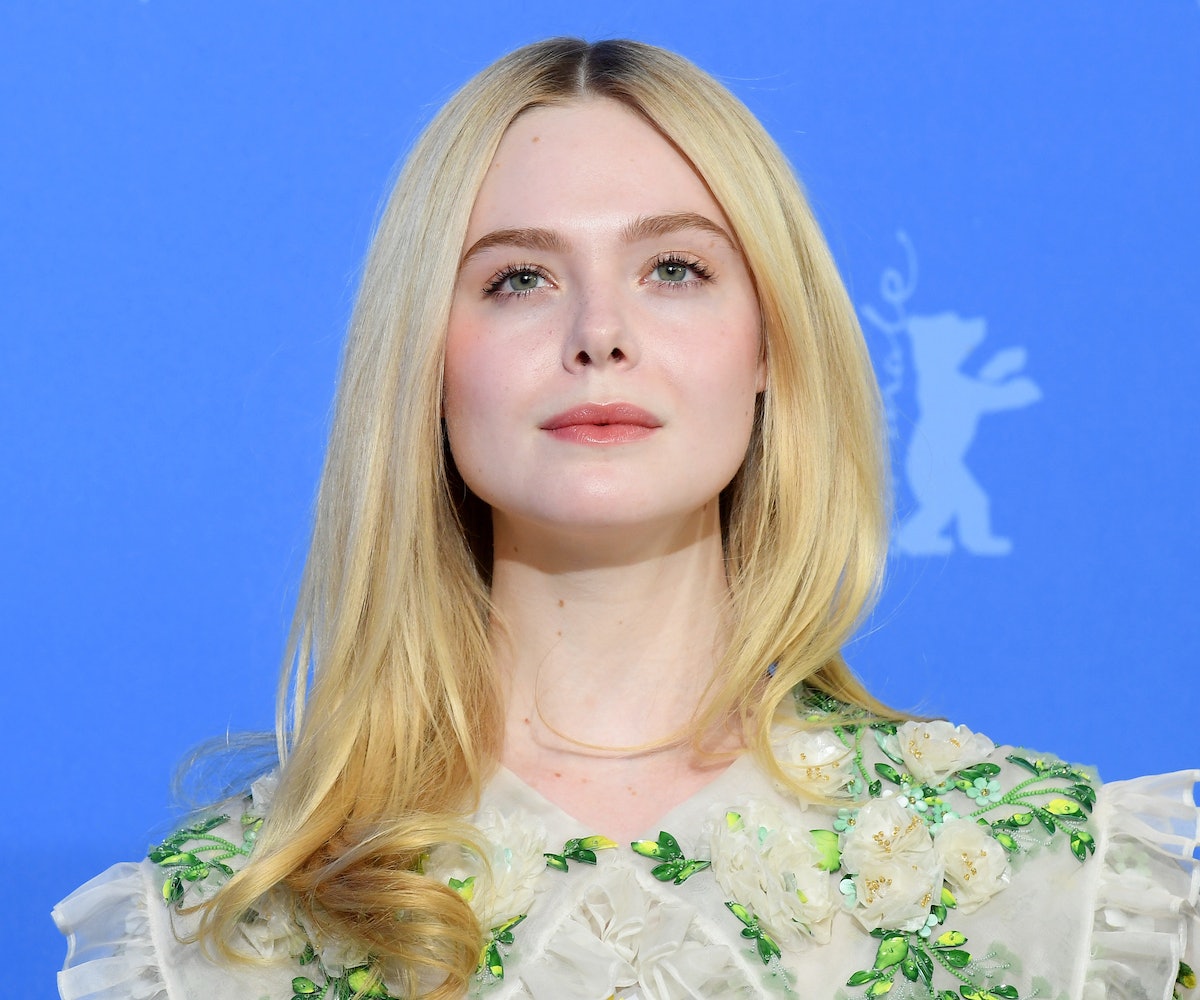 As celebs continue to use social distancing to make unexpected changes in their beauty routines, Elle Fanning has joined the trend, unveiling a recent pastel pink dye job. The actress debuted the new look on her Instagram Story, sharing a selfie on Wednesday, March 25. Although she offered no explanation for what possibly inspired her think pink moment, it's clear the color is recent, as the star had previously shared an earlier snap with her platinum blonde hair still prominent.

In the photograph, Fanning's hair is slightly damp and appears as if the strawberry coloring blends seamlessly to her roots. So far, the selfie is the only proof of her new pink look. The color, however, isn't exactly out of the ordinary for the actress, E! Newspointed out. Nearly two years ago, Fanning debuted a similar bubblegum-inspired shade. At the time, she had apparently taken inspiration from Princess Bubblegum of Adventure Time, captioning her selfie with the name of the character. For the picture, she had coordinated the coloring with her glasses and a pink top.

Based on the dampness of her hair, it's unclear whether Fanning's newest shade will show up as bright, but it is possible that another cartoon character might have had a hand in the decision. For Wednesday's selfie, she's holding a phone in a peach-colored case and on the back is an image of Strawberry Shortcake, a true pink haired icon.