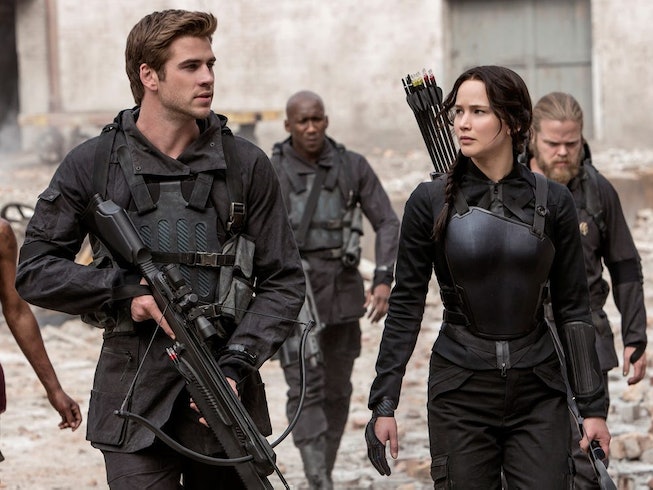 If your dystopian sensibilities haven't been quenched by the current pandemic, you're in luck. Lionsgate confirmed on April 21 that the long-awaited The Hunger Games prequel movie is officially in the works. The film will further expand The Hunger Games universe and is based off The Ballad of Songbirds and Snakes, the forthcoming novel by trilogy writer Suzanne Collins.

The prequel will shed new light on the trilogy's premiere villain, Coriolanus Snow. The new story is set during Snow's teenage years, well before he becomes the de-facto dictator of Panem. Audiences will meet Snow as a young, handsome, and charming man who's been chosen as a mentor during the tenth Hunger Games. He sees the mentorship as an opportunity to help his family out of hard times, but feels thwarted when he is assigned to mentor a girl tribute from the poverty-stricken District 12. Seems like the plot is laying the groundwork for Snow's future obsession with another famous District 12 girl tribute? Who's to say!

Lionsgate is naturally thrilled to have another Hunger Games film under their belt, considering how the movie adaptations of earlier Collins' books — The Hunger Games, Catching Fire, and Mockingjay — raked in nearly $3 billion in box office. "Suzanne’s new book has been worth the wait," said Lionsgate chairman Joe Drake upon the prequel's announcement. "It offers everything fans could hope for and expect from The Hunger Games while also breaking new ground and introducing an entirely new canvas of characters."

There's no word on the film's casting, so we'll have to wait and see who gets the honor of playing a sexy Snow who isn't constantly bleeding from the mouth. Save your casting bets for May 19, when The Ballad of Songbirds and Snakes novel hits shelves.