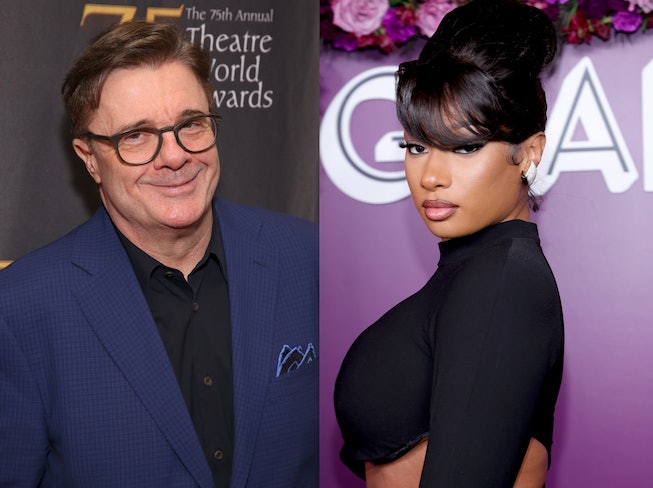 F*cking Identical Twins is currently in production with Borat director Larry Charles, according to The Hollywood Reporter. The R-rated musical comedy is based on the 2014 two-man stage show, and originally premiered at the Upright Citizens Brigade. It’s been described as a “subversive” spin on The Parent Trap with original songs by comedians Aaron Jackson, Josh Sharp and Karl Saint Lucy.

Megan took to Instagram to gush over the news, writing, “HOTTIES THIS IS OUR FIRST MOVIEEEE/ MUSICAL! WITH SOME MOVIE LEGENDS I’m so excited i feel so blessed i feel anxious lol i feel a bunch of shit. I really have been quietly putting in this work and i just cant wait for the hotties to see everything.”

Lane is a veteran of musicals, starring in everything from Guys and Dolls to The Lion King. Most recently, he’s been on Hulu’s Only Murders In The Building and on The Gilded Age as Ward McAllister.