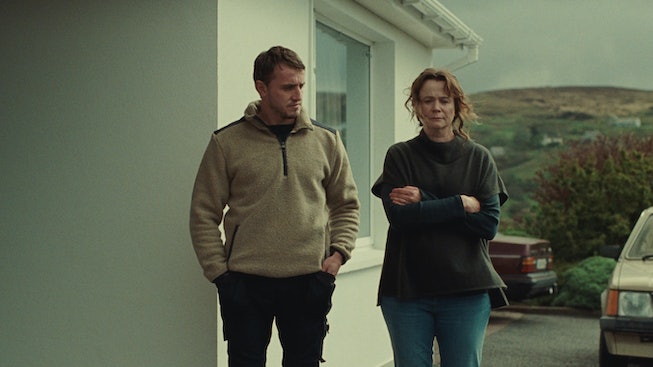 Irish actor Paul Mescal became a breakout star during with 2020’s Normal People, the Hulu adaptation of Sally Rooney’s sad-sexy novel about millennial lust in Dublin. As Connell, a man of few words whose shirtless scenes (and chain) nearly overshadowed his character arc, Mescal imprinted himself on the internet as a new leading man to pine over.

Now, Mescal will return to screens with a far darker role, in the A24 psychological thriller, God’s Creatures. The trailer for the film debuts on Tuesday, and Mescal plays prodigal son Brian O’Hara, who returns from a seven-year stint in Australia to his tiny Irish fishing village, to work on an oyster farm and live with his family, including his doting mother Aileen (Oscar-winner Emily Watson).

The moody, intimate film quickly turns sour as Brian is accused of a terrible crime against his former girlfriend (played by Aisling Franciosi). As news of the crime spread throughout the close-knit community, people begin to take sides, and Brian’s mother must decide whether to protect her family or the truth.

God’s Creatures marks Mescal’s first performance since Normal People, aside from a brief but memorable part in The Lost Daughter aside Dakota Johnson. Watch the first trailer for the film, out in theaters and available on demand September 30, below: