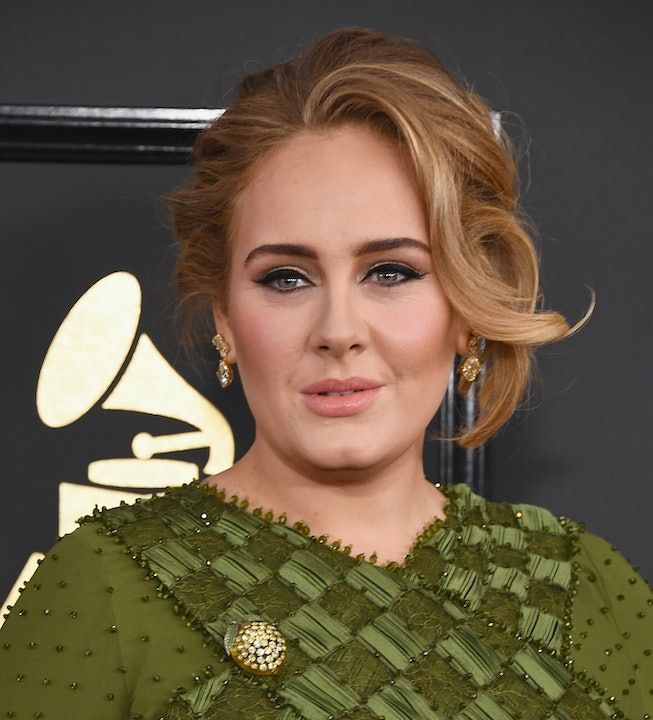 The music world has been spinning with rumors of the imminent arrival of Adele’s new album, 30, due out sometime next month. In a new interview with British Vogue, the master vocalist and global pop sensation revealed new details about the forthcoming album, including that much of it was written as a sort of diary entry to her son about her well-publicized divorce from his father.

The singer also addressed a controversy from last summer, when she posted a photo of herself to Instagram celebrating Notting Hill Carnival, an annual celebration in London for the British West Indian community. It wasn’t just that she was celebrating, though — being from Tottenham herself, it’s not surprising that Adele would want to partake in her hometown celebrations. It was rather that the singer was wearing a Jamaican flag bikini top, and her hair was twisted in Bantu knots — mimicking what many Black women wear for the occasion, in a way many read as cultural appropriation.

At the time, the photo predictably blew up on Twitter, with many commenters simply poking fun at the photo itself:

However, many others found the photo to be particularly insensitive given its timing, in the middle of global Black Lives Matter protests.

Eventually, the conversation simmered down, and people moved on to new topics. The photo remained up on Instagram — though Adele never addressed it, until now. Speaking to British Vogue, she said she felt that deleting the photo would be a worse offense than putting it up in the first place, saying:

“I could see comments being like, ‘the nerve to not take it down,’ which I totally get,” she said. “But if I take it down, it’s me acting like it never happened,” she says. “And it did. I totally get why people felt like it was appropriating,” she says now. Her read had been, “If you don’t go dressed to celebrate the Jamaican culture – and in so many ways we’re so entwined in that part of London – then it’s a little bit like, ‘What you coming for, then?’” She pauses. “I didn’t read the f**king room.” Karma came for her anyway, she adds, drily. “I was wearing a hairstyle that is actually to protect Afro hair. Ruined mine, obviously.”