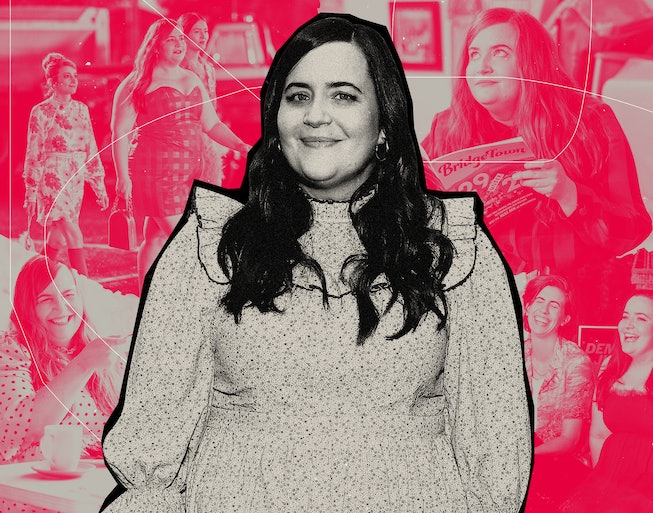 Warning: light spoilers ahead for Shrill.

Hulu’s Shrill, starring Saturday Night Live’s Aidy Bryant and based on Lindy West’s 2016 book Shrill: Notes From A Loud Woman, has been a critically acclaimed, certified hit since it first appeared on the streamer in March of 2019. The show’s dry humor about millennial life seen through the eyes of Aidy’s Annie — as she navigates dating, work, and both family and friend drama from the perspective of an overweight woman — is ungirded by a sharp sensibility about social issues and a warmth that radiates from nearly every scene. The characters are complex — fan favorite Fran (Lolly Adefope) isn’t relegated to being a side character, but given her own arcs, for instance — and the issues are deep, like when Annie gets an abortion in the series’ first episode. But the show’s kind, sometimes kooky humor always brings things back for a light landing.

So, fans were especially sad to hear that the half-hour comedy’s third season (now available to stream) would also be its last. But for Bryant, it’s more sweet than bitter to bring lead character Annie’s story to an end.

“I feel really proud of what we've made, and I do feel like it's sort of a complete piece that feels like it belongs in a really good place,” Bryant told NYLON ahead of Shrill’s Season 3 release date.

At the beginning of the season, Annie has just broken up with her deadbeat boyfriend and gotten her job back as an online writer for The Thorn, an indie paper trying to adapt to a changing digital marketplace. Issues that have plagued her throughout the series — from comically bad sex to disgustingly rude comments about her body — still remain, like a doctor who recommends gastric bypass surgery within minutes of meeting her. But after two seasons of developing her courage and newfound self-respect, Annie has changed, even if her environment hasn’t.

For Bryant, it’s a parallel she can easily draw to her own experiences. “I think I definitely have had more people-pleaser tendencies in my life,” she said. “But I would say working at SNL and then helping to co-create Shrill — and helping to run the show and making decisions, it really made me a lot more comfortable being assertive.”

Read on for NYLON’s chat with Bryant about Annie’s arc, Season 3 and what’s next for her post-Shrill.

It seems like Annie is still dealing with a lot of the same situations that she was in Season 2. How do you feel like she has changed?

Well, I feel like for her, for the first two seasons, she kind of was stuck on Ryan, her boyfriend. They had their ups and downs and places where they grew, but I think she's finally free of him, and so now she’s getting to take all that she's learned about herself and actually put it into action in the real world. I think it's a really fun and exciting season because you're seeing Annie assert herself for the first time in a lot of different places, in a lot of different ways. And it doesn't always go well, it actually goes very badly at times, but I think especially with people-pleaser tendencies, you can really feel like a passenger in your own life. I think she's really starting to drive this season. She started to at the very end of last season, too, but now she's putting it into practice.

Over the past couple of years, conversations about body positivity have become more mainstream — with lots of brands cashing in on the discourse. What it's been like for you to watch that conversation develop while also having this show be something that you're working on?

It's a weird intersection, because I definitely have lived as a plus-sized person since I was a teen, a young girl, and felt so rejected by brands for many years. It is weird to see a lot of brands having plus-size-ish models in campaigns, but then they don't actually make clothes above a size 10 or a 12.

I feel like we're at this moment where there's definitely progress, and certainly there's more choice in clothing than there was when I was younger, but it's still not quite there. And similarly, even doing this show, I'm aware of it. I'm making this as an artist. I feel like I'm here to tell a story and write my truth, but it's also a television show that's meant to make money for a network. And so I definitely have had my moments where we sort of pushed back on maybe some marketing ideas or those kinds of things, where it leaned really hard on body positivity. Girl power, girl boss, kind of stuff that — I didn't feel comfortable with because it didn't feel totally authentic, in a way that wasn't me, or Lindy, or our show's intention.

It can feel so cynical from a brand, but then something like Shrill really feels like it’s opening up a much deeper conversation.

We had the time and space, you know what I mean? We have a half-hour episode and we have eight episodes. I feel like we get the breathing room to explore these topics in a really thoughtful way. You wouldn't be able to in an ad or even a sketch on SNL, or those kinds of things. There's a lot of nuance and a lot of pain that you have to be thoughtful about.

You mentioned that Annie is coming out of some of her people-pleasing tendencies and starting to stand up for herself. Not to compare you too much to your character, but have you witnessed a similar change in yourself over the course of making this show?

The short answer is yes. I think because I helped write the show and am in the writer's room for those discussions, you kind of naturally bleed in some of your own experience. And I think I definitely have had more people-pleaser tendencies in my life. But I would say working at SNL and then helping to co-create Shrill and helping to run the show and making decisions, it really made me a lot more comfortable being assertive or being really direct, and not hedging everything by being like, "Well, this might be stupid, but I was kind of thinking, and I don't know..."

I don't have to couch everything. I feel a lot more comfortable being like, "No, I think it should be this way." And so in that place, I've seen a lot of growth. But there are still places where I feel like all of a sudden I'm 14 again, or nervous to assert myself. I think this is kind of the thesis of the show, that it's never done. There's never a finish line, but you can change how you approach it, and change how you talk to yourself about it, so that there is room for growth and less punishment.

What’s it been like to see the fan response over the past few years?

That is probably the piece of this that still overwhelms me the most, because I feel very heard and seen by the fans of the show, in a really beautiful and connected way. I think this is a really fun show to watch, but there's also a lot of heart and story there. I just really appreciate how much our audience has expressed that this is what they wanted to see, and ultimately, that's why Lindy West and I both really wanted to make the show. There's just so much nuance to so many of these topics, and I think they often get put into the body positivity basket. So to have people really be like, "Oh, that's how I felt," or they see something about their relationship with their mother, or their own relationship to their friends, or their bodies reflected in a really specific way that ends up being very universal, feels really... I'm very honored by that.

I imagine it means a lot to a lot of people, the show.

The feedback I get is so intense, but it's really meaningful. It's just really, really wonderful.

What's it like to have this project coming to an end? It must be bittersweet.

Yeah, it really is. I mean, that's truly the only word to describe it. I just feel really so grateful to the crew in Portland, I love them. And our writers who have just become wonderful friends of mine, and our tasks and our post-production, our editors... It's like this really amazing group of people who really gave their everything. So for that reason, I'm like, "Oh, I'm so sad. I want to work with these people every day."

But I feel really proud of what we've made and I do feel like it's sort of a complete piece that feels like it belongs in a really good place. And because I've been getting SNL and Shrill at the same time for, I mean, if you count development, about four years, I am kind of excited to see what's next. And I'm writing other things that are kind of in the works since I feel really excited about... I feel like I told this story, and so now I can kind of leave it and go to new areas, if that makes sense. It's almost like I needed to do this first.

What's coming up for you?

I'm going to finish this season of SNL, and then what's really nice is every summer it's been like, "Okay, I've finished SNL," and then I go right into Shrill. I feel like now I have a minute to work on some other stuff. I probably can't get into the nitty-gritty of what they are, but there are things that are in some ways connected to Shrill, as far as there is overlap in subject matter, but taking it on in a really different way. You can only write what you know, and so of course, things are going to be kind of filtered through my perspective, but I think that's the fun of it, so I'm really excited. I have a couple things I'm feeling real pumped on.

Season 3 of Shrill is on Hulu starting May 7.