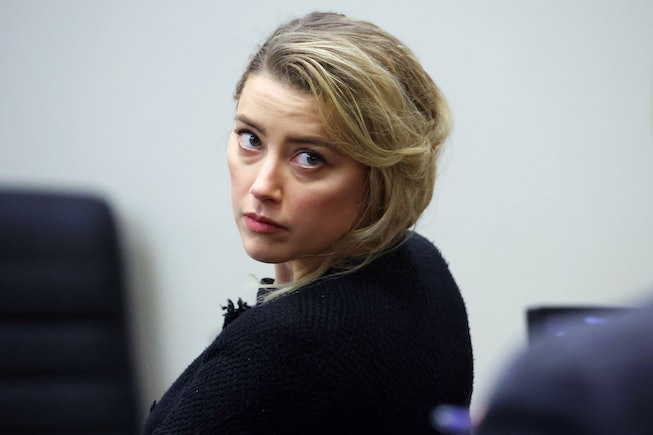 The Johnny Depp vs Amber Heard defamation trial has drawn record viewers, dominating YouTube, TikTok, and Twitter, serving as a sort of Rorschach for how people view domestic violence, abuse, celebrity, and toxic relationships. A tidal wave of support for Depp has popped up online, fueled by both legitimate fans and paid publicity, as cultural critics and commentators grapple with whether the reception of the highly public trial signals the end of the #MeToo era and the chilling effect it might have on future victims coming forward.

Amidst all of that, several public figures have spoken out in support of Heard, who is being sued by Depp for $50 million for implying he abused her in a 2018 Washington Post op-ed (Depp was not explicitly named in the op-ed). While celebrities including Winona Ryder, Javier Bardem, and Chris Rock have all voiced support for Depp, others — including Kathy Griffin, Julia Fox, and Howard Stern — have shown their support for Heard.

Fox commented on Instagram: “This is clearly a sick way of still controlling her life by suing her all over the world. Did she hit him? Yes. Was it abuse? No. You need to have power to be able to abuse it. She was 25. He clearly was always way more powerful including physically and financially.”

On April 9th, Heard posted a note to Twitter that she would be taking a break from the social media platform for the duration of the trial. Griffin responded, “Oh Doll, I’m thinking about you and sending all the love.”

Radio host Stern showed his support for Heard in late April, coming out against Depp and calling him a narcissist.

Hollywood legend Barkin testified during the trial about her brief relationship with Depp in the 1990s that began when they worked on Fear And Loathing In Las Vegas together. Barkin clarified that their relationship was “sexual, not romantic,” and testified that Depp was a “jealous, controlling man” who once threw a wine bottle across the room.

Krumholtz worked with Heard on NBC’s 2011 TV series The Playboy Club. In a series of Instagram posts, he stood up for Heard, writing, 'I worked with Amber Heard. She is not psychotic. She is brilliant and strong and got caught up in bullsh*t. She made a mistake. Why is Johnny suing her? Because he has not owned up to his raging addiction issues.” He concluded, “I believe Amber Heard.”

The actor, activist, TV host and writer is a friend of Heard’s and has supported her throughout the trial. Wright testified for Heard, telling the court that Depp hit her in the face with a phone.