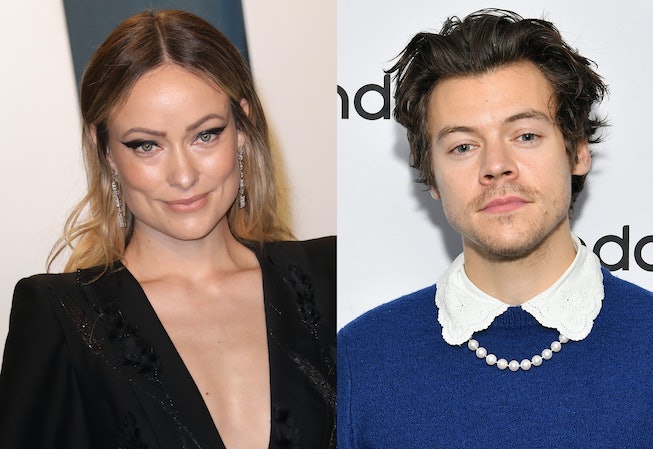 Red alert: The first new celebrity couple of 2021 is apparently here. Olivia Wilde and Harry Styles are reportedly dating, as confirmed by photos of the two holding hands at a wedding together over the weekend.

The intimate California wedding was held for Styles' manager Jeff Azoff in Santa Barbara, and if the internet is to be believed, the "Watermelon Sugar" singer brought Wilde as his date. The connection was already certainly there: Wilde, 36, is directing Styles, 26, in the upcoming movie Don't Worry Darling. Styles replaced Shia LaBeouf after he was reportedly fired from the film (the actor has since been under fire following ex-girlfriend FKA Twigs' allegations of an abusive relationship.)

Wilde was previously with comedian Jason Sudeikis for roughly eight years, and the couple have two young children together. They called off their engagement in 2020.

"The split happened at the beginning of the year," a source told People in November. "It's been amicable and they’ve transitioned into a great co-parenting routine. The children are the priority and the heart of the family’s relationship."