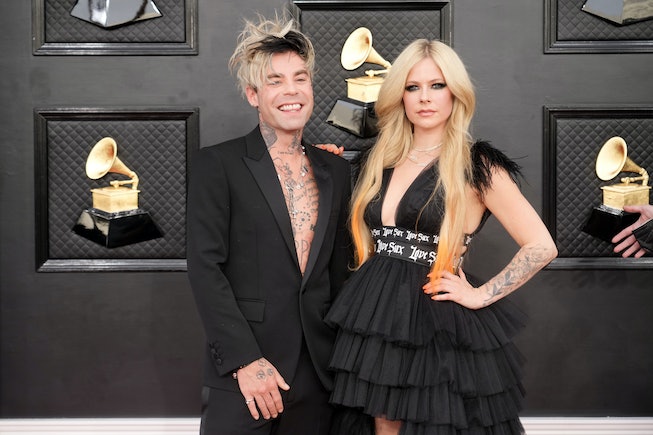 Avril Lavigne announced her engagement to Mod Sun, her boyfriend of just over a year, on Instagram on Thursday.

In the post captioned with the date March 27, 2022, Mod Sun (legal name Derek Ryan Smith) got down on one knee in front of the Eiffel Tower in Paris to propose to Lavigne with a heart-shaped diamond ring. (For curious fans, this means the pair were engaged during their recent appearance together at the Grammys, which Lavigne attended sans ring).

Back in November, Mod Sun shared a video of Lavigne to Instagram, writing, "1 year with this angel.” Rumors about the pair dating first cropped up last February, and they’ve since been seemingly inseparable. They’ve even collaborated musically, with Lavigne featuring on “Flames” from Mod’s last album, and the couple releasing a hit together, “Bite Me.”

In December, Lavigne told NYLON that when she met fellow rocker Mod Sun, she wasn’t looking for love, and in fact was recovering from heartbreak and in search of some time alone. “I tried to resist it, hard,” she said of their falling in love. “The most I’ve ever tried to.”