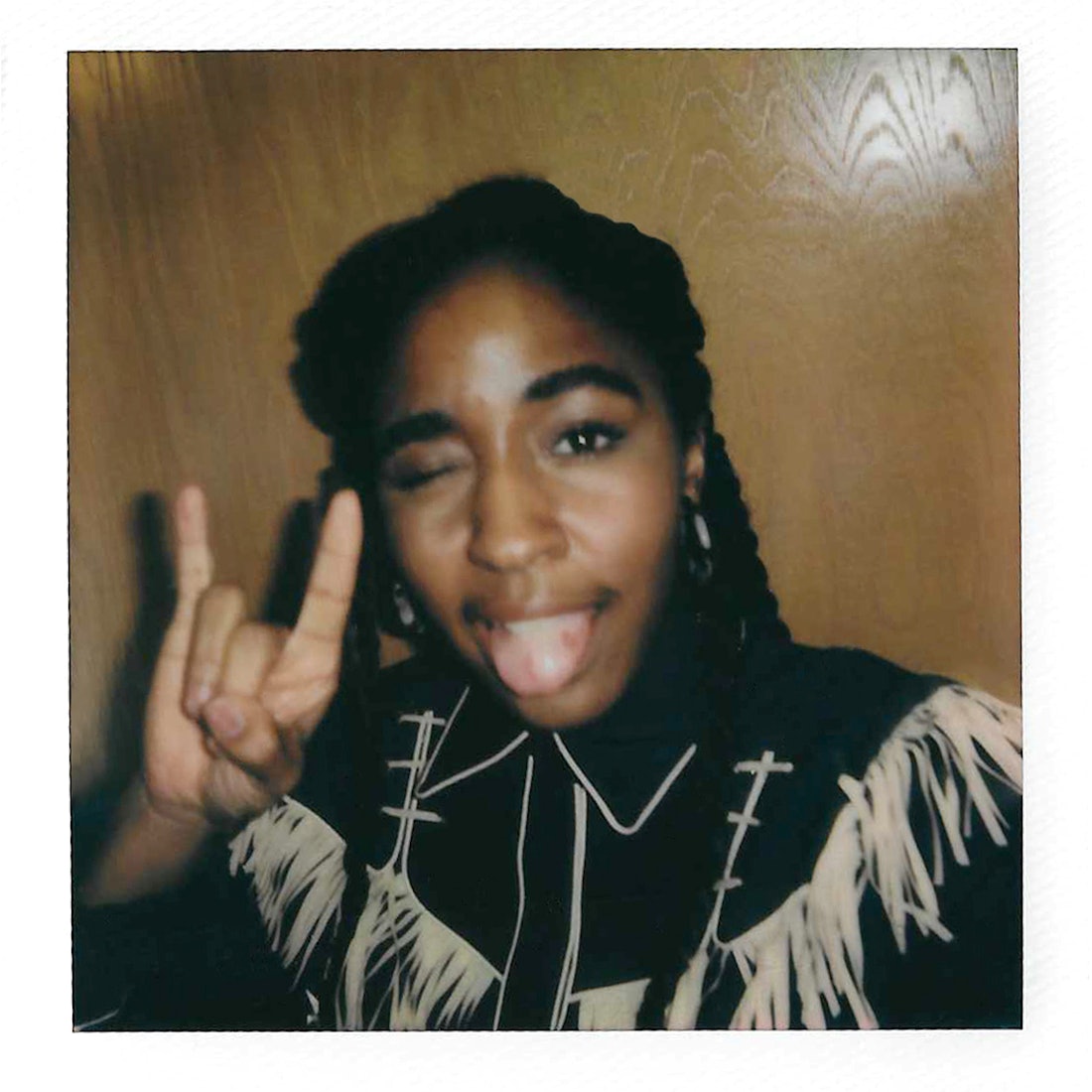 Ayo Edebiri On 'Big Mouth,' And Surviving the Internet

Ayo Edebiri breaks out with her new role on Netflix's 'Big Mouth.;

Ayo Edebiri is trying to find a link. The comedian and I are on a Zoom call — de rigueur for a 2020 interview, but somehow even more online than usual as we’re using the chat function to share memes. “And we have the video folks,” Edebiri says upon finding the particular video she was looking for. “Folks is you and me,” she clarifies. “‘Never seen a big boy get on the roof.’ Here we go.”

The ensuing video, in which two friends create a dance-worthy rap about simply being on their roof, is as absurdly funny as Edebiri promised it would be, which makes sense — at only 25 years old, Edebiri has become one of the new faces of comedy, a group unofficially made up of comedians known less for their traditional stand-up sets (though that’s part of it, too), as they are for the extremely online way in which they use their unique brands of humor to connect with audiences. Additionally, Edebiri was recently recast as the biracial character Missy Foreman-Greenwald, previously voiced by Jenny Slate, on Nick Kroll’s Big Mouth — on which Edebiri was a writer — during the civil and cultural movements that peaked this summer.

A Boston native, Edebiri attended NYU, where she practiced her passion, improv, working part-time at the Upright Citizens Brigade Theater. It wasn’t until her friend and fellow comedian Rachel Sennott suggested that she try stand up, though, that Edebiri ever considered the medium that would launch her career.

“Rachel was the one who was like, ‘You should do stand up.’ And I was like, ‘No.’ Then I did it, so it worked. She convinced me,” Edebiri explains. “I do love stand up, but I don't like talking. I just had this perception of stand up that was like you're alone on stage, where improv is very collaborative. That's also why I do like writing in writers' rooms because they're just very collaborative processes.”

Eventually, Edebiri came to find that stand up can be collaborative in its own way, noting that “you also build connections with your peers in stand up, and you talk about jokes with each other and you watch each other's stuff.” She also found that once she embraced comedy, it embraced her back — in 2019, she performed a set on Comedy Central’s Up Next, and in 2020, her scripted digital series Ayo and Rachel Are Single (co-starring Sennott) began airing on the network. She also joined the writing staff for Big Mouth’s fifth season, which would have been major enough. Then in August, she was recast for Slate’s role.

“At the start of the show, I reasoned with myself that it was permissible for me to play Missy because her mom is Jewish and white — as am I,” Slate said in July when the news first broke. “But Missy is also Black, and Black characters on an animated show should be played by Black people.”

A relatively new writer to the show, Edebiri was asked to read for the part of Missy and found it to be a natural fit. In earlier seasons, Missy is known best for her nerdy interests, never missing an opportunity to ramble on about something that may be interesting to her but less so to others (Ellis Island, Nathan Fillion). For her part, middle-school-aged Edebiri wrote alternating chapters of fan fiction with her friends about Aaron Carter, Hilary Duff, Avril Lavigne, and their trio of imaginary dogs, Flute, Oboe, and Alto Sax. “I studied Latin and did Latin declamation and also English language declamation,” she says of her obscure teenage interests. “I did improv. I mean that is sort of a nail in whatever coffin you need.”

Like all of the teenagers on Big Mouth (and in real life), Missy also grapples with paralyzing insecurities, but she’s resilient and manages to pull through them every time. The show has never touched much on her race, but the end of the recent fourth season makes clear that Missy’s storyline would start to explore that aspect of her identity more — making the switch from Slate to Edebiri all the more important. While Edebiri previously had dabbled in voicework, voicing the lead role on Netflix’s We Lost Our Human, the sudden attention from the press and the public felt less familiar.

“I think that the strangest part is suddenly doing press because that's not something that you would normally be doing as a writer,” she says. Becoming the story herself, she adds, has been “both awkward and exciting. Both exciting and weird. It’s interesting,” she says, pausing. “You're seeing me thinking in live time; it’s slow.”

But longtime fans of Edebiri will know that’s not exactly true. On Iconography, the “celebrity-obsessed” podcast Edebiri co-hosts with friend Olivia Craighead, the co-hosts invite a different guest each episode to suggest a cultural icon to discuss. From there, it’s anything but slow, as Edebiri and Craighead use the topic as a jumping off point to riff on pop culture, the dark side of celebrity, and everything in between. The podcast, which premiered in July 2019, was also an opportunity for Edebiri to hone her voice, literally.

“I've always kind of had a voice that people have commented on,” she says. “And I've always really loved animation and voiceover. I was just always a fan of that medium. [It also helps] kind of being somebody who didn't really smoke a lot, or drink a lot, or scream a lot in my life, so my voice has kind of stayed nimble, thankfully.”

Beyond the voice itself, Edebiri was also primed to take over Missy’s role due to her own personal connection with the character. “She's definitely always been a character that I really enjoyed and just connected to,” she says. “Part of the job of writing is you find yourself in a lot of different characters, but I definitely think Missy was one where that just happened naturally. As you are probably seeing, I can be very in my head and kind of like, cerebral and anxious, and can go on rambling tangents, those are all things she's very good at doing.”

Edebiri adds that her own adolescence as a “weird young person with weird interests” translates to an easy rapport with Missy. “I'm always finding pictures of myself when I'm young and I'm like, ‘Oh my God,’” she says, shaking her head. “Don't worry, things will be better in college.”