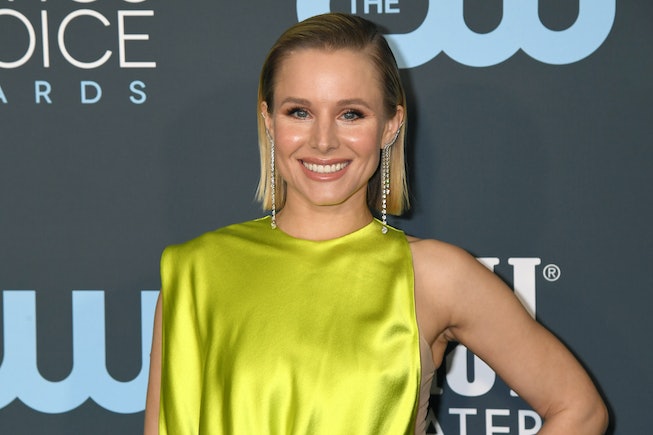 As sitcoms like 30 Rock and Scrubs reckon with their problematic pasts by scrubbing (no pun intended) all their episodes that feature blackface, a new reckoning has emerged — that of oral blackface, or white people voicing Black animated characters. Yesterday, comedian Jenny Slate and actress Kristen Bell both stepped down from their respective roles on Big Mouth and Central Park, where they both voiced biracial characters despite being white themselves.

For those who don’t know, both shows are critical hits. In fact, Big Mouth, a raunchy adult cartoon about budding adolescent sexual desire, was such a success for Netflix that the streaming service, known more for prematurely canceling quality shows than it is for renewing them, gave it an unprecedented three season renewal ahead of its third season premiere. On the show, Jenny Slate played fan-favorite character Missy Foreman-Greenwald, a half-Black/half-Jewish bookish girl whose female sexual awakening plays a huge part in the most recent season.

Central Park, one of Apple TV+’s few animated series, is a musical about a family who live in New York's Central Park because the father is the Manhattan landmark's manager. Stemming from the creators of Bob’s Burgers, the charming comedy, which is currently airing its inaugural season, has a familiar upbeat tone, but stands out for its bevy of hilariously catchy songs. In the show, Kristen Bell voiced Molly Tillerman, the central family's only daughter, a biracial high school student and an aspiring comic book artist, who daydreams about herself as the fictional superhero "Fista-Puffs."

Both actresses voluntarily stepped down from their posts amidst the current reckoning of representation in film and TV. Slate came first, taking to Instagram to post a note about her decision to leave the show. “I have come to the decision that I can no longer play the character of ‘Missy’ on the animated TV show Big Mouth,” she declared. “At the start of the show, I reasoned with myself that it was permissible for me to play ‘Missy’ because her mom is Jewish and White — as am I. But ‘Missy’ is also Black, and Black characters on an animated show should be played by Black people.” She went on to admit that her “original reasoning was flawed, that it was an “example of white privilege,” and that, through doing it, she was "engaging in an act of erasure of Black people.”

Just hours later, Kristen Bell did the same. Taking to Twitter, the actress posted a statement about her decision alongside a caption that read, "This is a time to acknowledge our acts of complicity. Here's 1 of mine. Playing the Molly in Central Park shows a lack of awareness of my pervasive privilege. Casting a mixed race character [with] a white actress undermines the specificity of the mixed race & Black American experience."

In the accompanying statement, the show’s creators noted, “After reflection, Kristen, along with the entire creative team, recognizes that the casting of the character Molly is an opportunity to get representation right — to cast a Black or mixed race actress and give Molly a voice that resonates with all of the nuance and experiences of the character as we’ve drawn her.” They also explained that Bell joined the cast “before there was even a character for her to play” and said she would “continue to be a part of the heart of the show in a new role.” In the end, they promised that Central Park would "be better for respecting the nuances and complexity around the issue of representation and trying to get it right."

Both shows are currently looking for Black replacements for the characters Slate and Bell previously occupied. May I suggest Tiffany Haddish? Maybe Natasha Rothwell or Amanda Seales of Insecure fame?