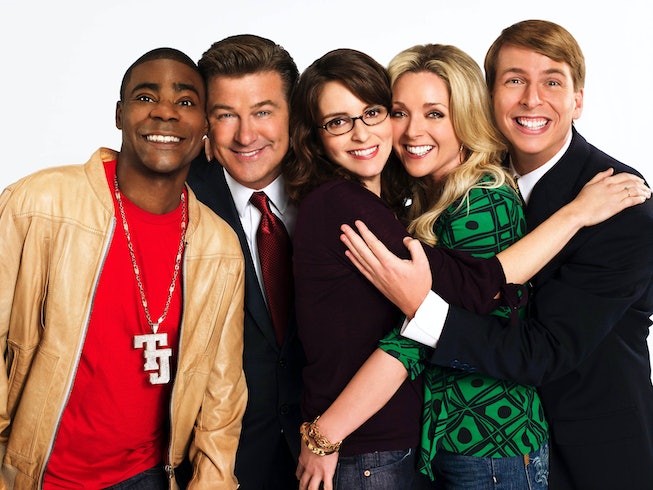 NBC and Tina Fey's hit sitcom 30 Rock was thrust back into the spotlight recently when it was announced that the show would return for a special, remotely produced reunion episode. 30 Rock aired from 2006 to 2013 at a decidedly different time in culture, which unfortunately meant that the series had not one, not two, not even three, but four episodes in which a white character donned blackface. Now, Fey and 30 Rock's owner NBCUniversal have asked that the episodes in question be removed from streaming services as well as syndication.

“As we strive to do the work and do better in regards to race in America, we believe that these episodes featuring actors in race-changing makeup are best taken out of circulation," wrote Fey in a note obtained by Variety. "I understand now that ‘intent’ is not a free pass for white people to use these images. I apologize for pain they have caused. Going forward, no comedy-loving kid needs to stumble on these tropes and be stung by their ugliness. I thank NBCUniversal for honoring this request.”

The episodes in question are sprinkled throughout 30 Rock's seven season tenure. “Believe In The Stars” (season 3, episode 2) and “Christmas Attack Zone” (season 5, episode 10) both featured Jane Krakowski’s character Jenna in blackface. Guest star Jon Hamm donned the offensive makeup in “Live from Studio 6H” (season 6, episode 19), and last on the list is the East Coast version of “The Live Show” (season 5, episode 4).

The four episodes will be removed from streaming services this week, while some have already been removed from Amazon and Hulu. In addition to being pulled as rerun options, the episodes will also no longer be available for purchase on iTunes and Google Play.

Streaming platforms have had to take a hard look at their libraries in the past few weeks as racial injustice sits at the forefront of the U.S. psyche. HBO Max removed Gone With the Wind from its library, while Cops was permanently dropped from the Paramount Network schedule after 33 seasons.