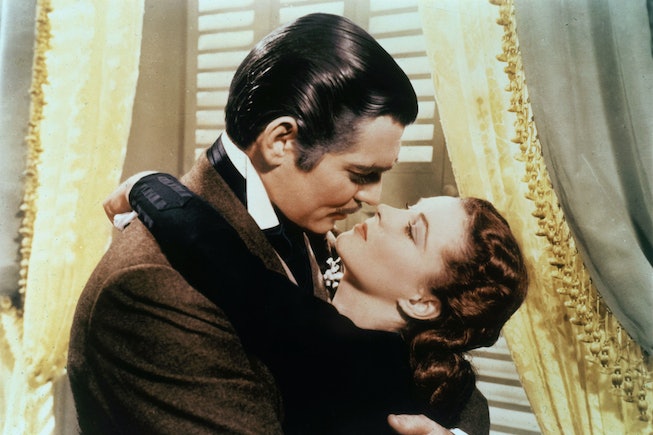 Hear ye! Hear ye! The revolution is here and apparently it won't be televised? At least not at HBO Max and Paramount Network, which have both pulled productions in the wake of Black Lives Matter protests erupting all around the world. At Paramount Network, Cops has been permanently dropped from the schedule after airing for 33 seasons, while the recently-launched HBO Max streaming service has temporarily pulled Gone With the Wind from its sprawling library.

Though both Cops and Gone With the Wind met their makers as a result of the ongoing civil unrest, the reasons behind their respective demises are slightly different. Paramount's decision to cancel Cops (completely) comes days after the long-running series was temporarily pulled from the schedule due to rising anti-police sentiment. With several TV writers who have made a living writing fictional police officers as fun-loving, friendly citizens choosing to donate as penance for their role in upholding the police state, the decision to cancel a reality show that did the same was a self-explanatory one. As people take a stand against needless police brutality, how could any network justify airing a reality TV show about officers looking for any reason to harass civilians?

Gone With the Wind, on the other hand, has been a controversial film for decades. Released in 1939, the near-four hour film tells the story of a genteel Southern family whose privileged lives are interrupted by the start of the Civil War. A melodrama that won eight Oscars and is still the highest-grossing film in history, Gone With the Wind has been a constant subject of criticism, particularly for its depiction of slaves as happy and satisfied, and for its clear bias towards the supposedly noble values of the antebellum South. Sure, the film may have secured Hattie McDaniel an Oscar for Best Supporting Actress, making her the first Black woman to achieve that honor. But The Help did the same for Octavia Spencer, and that certainly doesn't absolve The Help of its status as a get-out-of-jail-free film for white people trying to assuage their guilt.

And while Cops is gone forevermore, Gone With the Wind (a film we wouldn't be able to escape even if we tried, thanks to its lasting impact on the film industry as a whole) has only been pulled from HBO Max temporarily. Speaking to The Hollywood Reporter, a spokesperson for HBO said, "When we return the film to HBO Max, it will return with a discussion of its historical context and a denouncement of those very depictions, but will be presented as it was originally created, because to do otherwise would be the same as claiming these prejudices never existed. If we are to create a more just, equitable and inclusive future, we must first acknowledge and understand our history.”

Anyway, good riddance (for the time being). Everyone should be watching Ava DuVernay's 13th instead.

NEXT UP
Entertainment
Jared Leto To Star In Karl Lagerfeld Biopic
Entertainment
John Waters To Make His First Movie In Nearly 20 Years
Entertainment
Florence Pugh Is A Gothic Nurse In Eerie 'The Wonder' Trailer
Entertainment
Lindsay Lohan Teases Her Return To Film, 'Falling For Christmas'