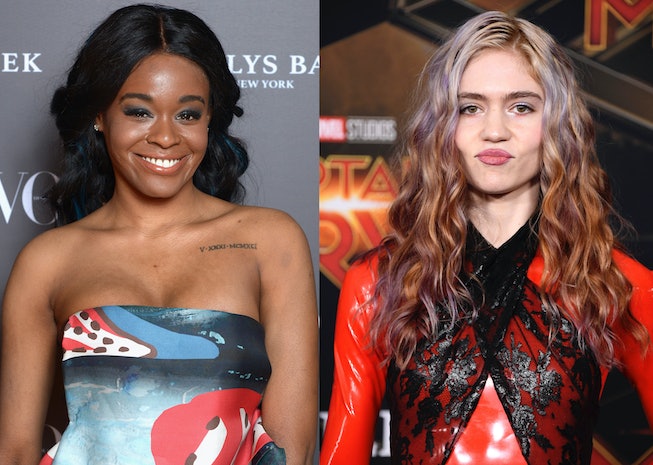 The seemingly never-ending feud between Azealia Banks and Grimes continues with the Miss Anthropocene singer saying that her new song, “100% Tragedy” is inspired by their drama.

Last week, Grimes shared a snippet of the track on Instagram, and explained that her label doesn’t want to release it as a single. Then she performed it live and said, “This song is about having to defeat Azealia Banks when she tried to destroy my life.”

For those who may not know, she’s referring to the very public debacle in 2018 between the two and Grime’s partner, Elon Musk. Banks says she was left in Musk's home for days while waiting on Grimes. The two were supposed to collaborate on a song, but their relationship fell apart before they could. Texts were leaked, shade was thrown (including Banks infamously saying Grimes smells like a roll of nickels), and they’ve been going at it ever since.

Banks responded to the most recent Grimes claim in a since-deleted Instagram story. “Grimes def has some psychosexual obsession with me,” she wrote. “I think it’s bitterness cuz she doesn’t have the musical capacity I have.”

The rapper continued, writing, “everything she does is out of pretentiousness and it comes out like that...while everything I do is out of natural swag and geniusness.”

Grimes has yet to respond, but she did announce that she’s got more music up her sleeve. According to the singer the upcoming tracks will be released with discord media, “now and later.”

Will those songs include more references to their fallen friendship? I guess we’ll have to wait and see.