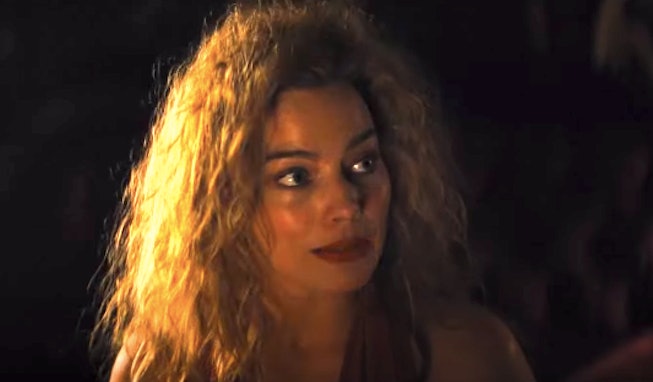 Margot Robbie plays a wild, budding Hollywood starlet in the trailer for Babylon. The upcoming film explores what might happen if you had the money (and power) to do just about anything, with few to no limitations. Set in 1920s Los Angles, Babylon follows the rise and fall of a group of dreamers with “outsized ambition and outrageous excess.”

In the trailer's opening scene, Robbie and Calva’s characters are sniffing comically large piles of coke when Robbie’s character asks, “If you could go anywhere in the whole world, where would you go?” Without missing a beat, Calva’s character responds, “I always wanted to be a part of something bigger.” Somehow, the two later find themselves in a world of glamour, parties, and, of course, danger. “It’s written in the stars, I am a star,” Robbie exclaims as a supercut of parties flashes across the screen. However, as with all good things, their fun eventually comes to an end. Though the details are fuzzy, the trailer hints at a quick demise with fatal consequences.

Babylon premieres in theaters on December 25th. In the meantime check out the film's first trailer, below.