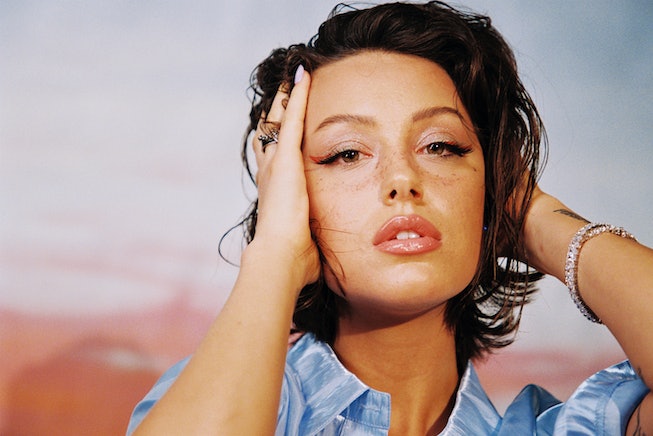 22-year-old Bailey Bryan is starting off the year on a relatable note: the video for her new single "Sober," premiering exclusively below on NYLON, captures the melancholy vibe of New Years Day morning, especially in a year as loaded with expectations as 2021.

“The song is about how being in love with the wrong person is a lot like getting really drunk. You know you might regret it in the morning, but it’s hard not to just dive deeper in the moment," Bryan tells NYLON. "You can only hope it’s not going to look like a disaster when you’re sober."

The melancholy video for "Sober," (the latest track from her current 'Fresh Start' music project), shows Bryan and a lover waking up to the aftermath of a party — a symbol for their relationship – in a room strewn with champagne glasses and balloons. As Bryan pleads with her lover to remember her even after the first phase of young love wears off, flashes of memory show the two during more certain times.

"The memories have an eery, bittersweet feeling," Bryan says. "It made me think about the different kinds of New Years Eves people are having in their homes this year, making the best of a strange and temporary circumstance. It’s all very fitting and I wanted the visual to reflect this very specific circumstance that a lot of people might be experiencing!”

Bryan has been back with new music as of late, finding her voice in pop music after first starting out with an a more acoustic sound on the Nashville scene in 2016. Since then, her R&B-tinged, pop-leaning offerings like "play w/ me," "Perspective" and "Too Good" have proven the self-described "sensitive bad bitch" to be a fierce new talent to watch.

Watch the video for "Sober" below:

NEXT UP
Entertainment
Hawa Has Her D'Angelo Moment In Playful "Actually" Video
Entertainment
Harry Styles Is Performing At The 2023 Grammys
Entertainment
Chloe's "Pray It Away" & 9 Other New Songs Out This Week
Entertainment
Samia On 'Honey' & Saying The Ugly Part Out Loud
Style + Culture, delivered straight to your inbox.