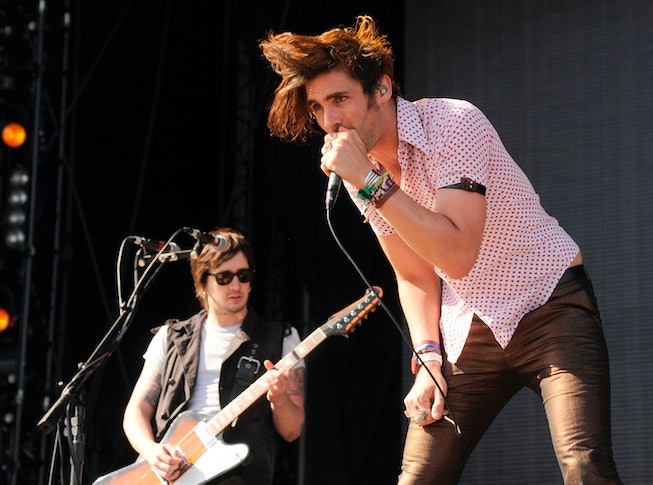 Emo kids and punk heads, your time has come. Bamboozle Festival, the iconic festival that brought emo and pop to New Jersey’s beaches, is returning in 2023 — just in time to celebrate its 20th anniversary. The festival announced the news on Tuesday morning in tandem with a short teaser video of what we can likely expect with its return: plenty of clowns, stage antics, and perhaps the reunion of some of the biggest acts that graced its stages, like My Chemical Romance, Linkin Park, Fall Out Boy, Skrillex, Lil Wayne, Drake, Demi Lovato, and more.

Since its return is still a long two years away, there aren’t many details around what the event will look like, much less who’ll be scheduled to play. However, the three-day event is scheduled to take place on May 5-7, 2023, likely in Asbury Park, New Jersey, the same beachfront location where the original festival was held all the way back in 2003 when it evolved from the Skate & Surf festival.

John D’Esposito, the festival’s founder, is also back on board for Bamboozle’s return, writing in a press statement: “We're back. The clowns are safe and home where they belong. 2023 can't come soon enough. Let's get it.” D’Esposito originally left Bamboozle back in 2012, the festival’s last iteration, due to creative differences with Live Nation.

At the height of its popularity around the late ‘00s to early ‘10s, Bamboozle played host to a variety of emo, punk, and pop acts like My Chemical Romance, Paramore, Fall Out Boy, Thrice, Brand New, The All-American Rejects, and many more. Later on, the event expanded to include more mainstream pop and hip-hop acts, including Kesha, Drake, Wiz Khalifa, Lil Wayne, and Mac Miller. The festival also produced several offshoots like The Bamboozle Road Show, which traveled the country much like Warped Tour, and Hoodwink festival.