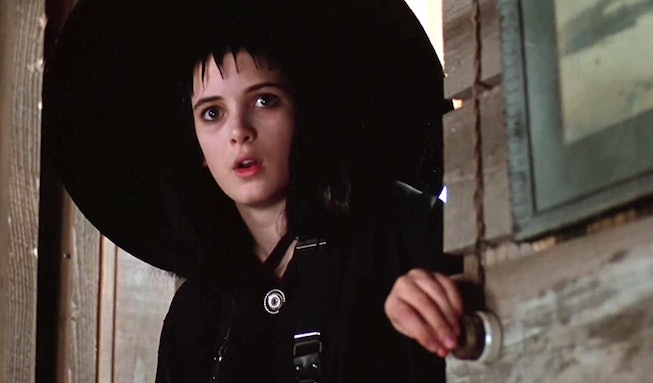 A sequel to cult classic Beetlejuice — which was directed by Tim Burton, and premiered in 1988 — is reportedly in early development, and rumored to include members of the original cast. If the projections are correct, we may see Winona Ryder and Michael Keaton reprise their beloved roles in the upcoming production.

Beetlejuice follows Barbara (Davis) and Adam Maitland (Baldwin), a couple who is forced to haunt their home after dying in a car accident. Per the synopsis, things go awry when the “unbearable” Deetzes (O’Hara and Jones) and their teen daughter Lydia (Ryder) purchase the home. After the Maitlnds try, and fail, to scare them off, they summon Beetlejuice (Keaton), a poltergeist whose efforts to help quickly prove to be dangerous for everyone.

Jeff Sneider initially broke the news in his newsletter for The Ankler. Since then Deadline has confirmed that Brad Pitt’s production company, Plan B Entertainment, acquired the project and is working with Warner Brothers to bring it to life. The film is currently in its initial stages and does not have a script or confirmed cast yet.

Even so, the news of a potential Beetlejuice revival may come as a surprise. Since its release 34 years ago, the movie has maintained its spot as a fan-favorite and inspired a broadway musical of the same name, but an additional movie has never come to fruition. Rumors of a second Beetlejuice have permeated the media for years, but this seems to be the first real shot at it actually happening.

Stay tuned for updates as the story develops!