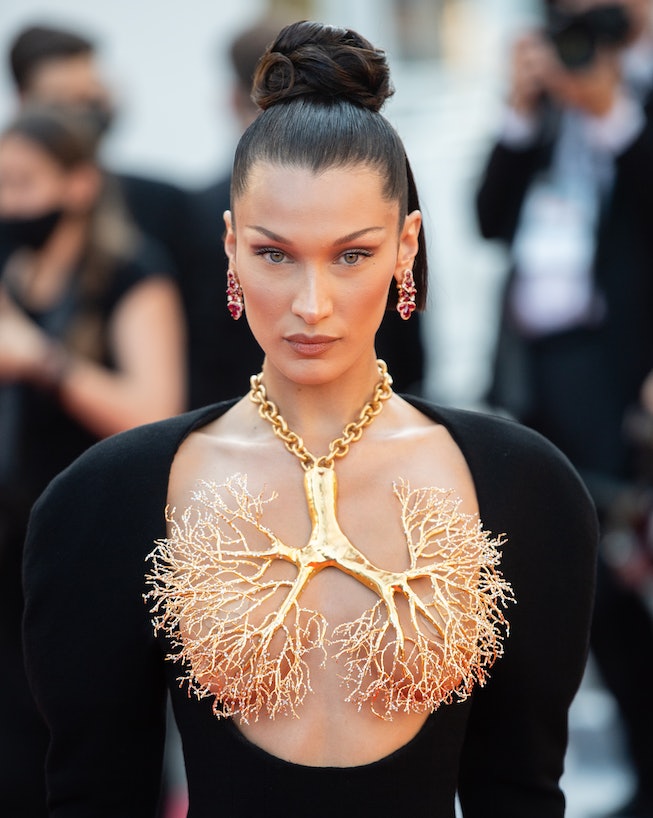 Bella Hadid is continuing to practice vulnerability. The supermodel has spent the past few months opening up about anything and everything — from mental health struggles, to the often glossed over difficulties of existing in the public eye. No topic seems to be off-limits, and now, the beloved model has moved her message of self-care from social media to a larger platform.

Most recently, Hadid appeared on the Victoria’s Secret podcast, VS Voices, and spoke with host Amanda de Cadenet about her experience navigating difficult relationships. During the episode she said, “I constantly went back to men — and also, women — that had abused me, and that’s where the people-pleasing came in.”

The model then explained how issues in her personal life affected her professional life as well. “I started to not have boundaries, not only sexually, physically, emotionally, but then it went into my workspace,” she said. “I began to be a people-pleaser with my job and it was everyone else’s opinion of me that mattered except for my own because I essentially was putting my worth into the hands of everyone else, and that was the detriment of it.”

As for her romantic partners Hadid did not name names, but she did reminisce on a tumultuous romance that was a detriment to her health. “My nervous system would crash,” she recalled. “It was like fight or flight. Either I would become silent and cry and just go inward, or I would lash out and leave.”

Per the episodes synopsis, Hadid also spoke about processing grief, her new creative outlets, and finding her voice. You can listen to the full episode on Spotify or Apple Podcasts.

NEXT UP
Culture
The Cutest Couples At The 2023 Grammys
Fashion
Jenna Ortega Is The Face Of Adidas’ Newest Line
Culture
Caroline Polachek In KNWLS & More Party Photos You Missed
Fashion
The Wildest Front-Row Looks From Couture Week In Paris
Style + Culture, delivered straight to your inbox.