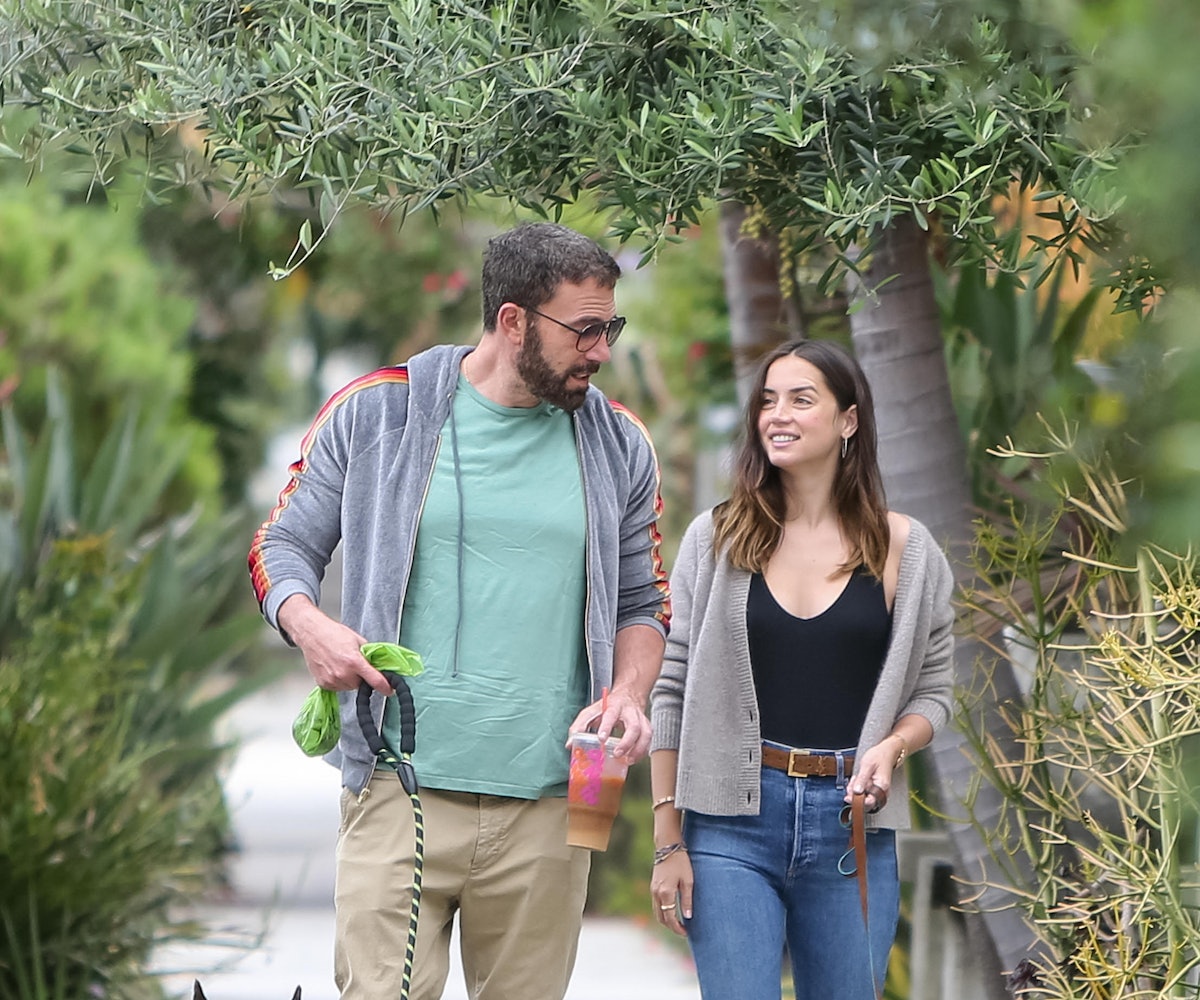 Nothing gold can stay, and the old adage has come for Ana de Armas and Ben Affleck's romance. The couple has split after nearly a year together, and each party has made it clear that things are over. De Armas sported the tell-tale signs of a breakup — freshly cut bangs — while Affleck seemingly rid himself of the memories with a more public purging: throwing away his ex's life-size cardboard cutout.

The premiere de Armas historian slash stan account, Ana de Armas Updates, posted the photos Monday evening, all but confirming the end of an era. “A life-sized cardboard cutout of Ana de Armas from inside Ben Affleck’s residence was seen being thrown out into a trash can,” the Twitter account wrote, later alleging that the person throwing out the cutout was actually Affleck's brother, Casey Affleck.

Of the split, People cites a source that says de Armas broke things off first, citing that she no longer wanted to be based in Los Angeles.

"This is something that was mutual and something that is completely amicable," another source told People. "They are in different points in their lives; there is deep love and respect there. Ben continues to want to work on himself. He has three jobs lined up and he's a solid father at home. They are both happy with where they are in their lives."

The It Girl and divorcee, as coined by Who? Weekly, met in early 2020 on the set of their upcoming thriller Deep Water, and spent the entire pandemic living, laughing, and loving. The couple became tabloid fodder for their regular strolls through Los Angeles, drinking iced coffees, and hysterically laughing at each other's jokes like their lives depended on it. Love is a strange and beautiful thing!

Ana de Armas Updates memorialized the relationship in a statement to NYLON: “Ana de Armas and Ben Affleck were the celebrity couple of 2020 and they will be remembered as such. A worthy distraction of all the woes in the world. We still have their upcoming film release, Deep Water, to look forward to, but this is the end of an era.”

As much as I wish the two had held to publicize Deep Water as a besotted couple, I accept reality. The cutout that once represented a troll against nosey paparazzi from two people in love, is now merely a very unique piece of cardboard. The memories are forever.

This article was updated at 2:47 EST to include a quote from Ana de Armas updates.

This article was originally published on Jan. 19, 2021