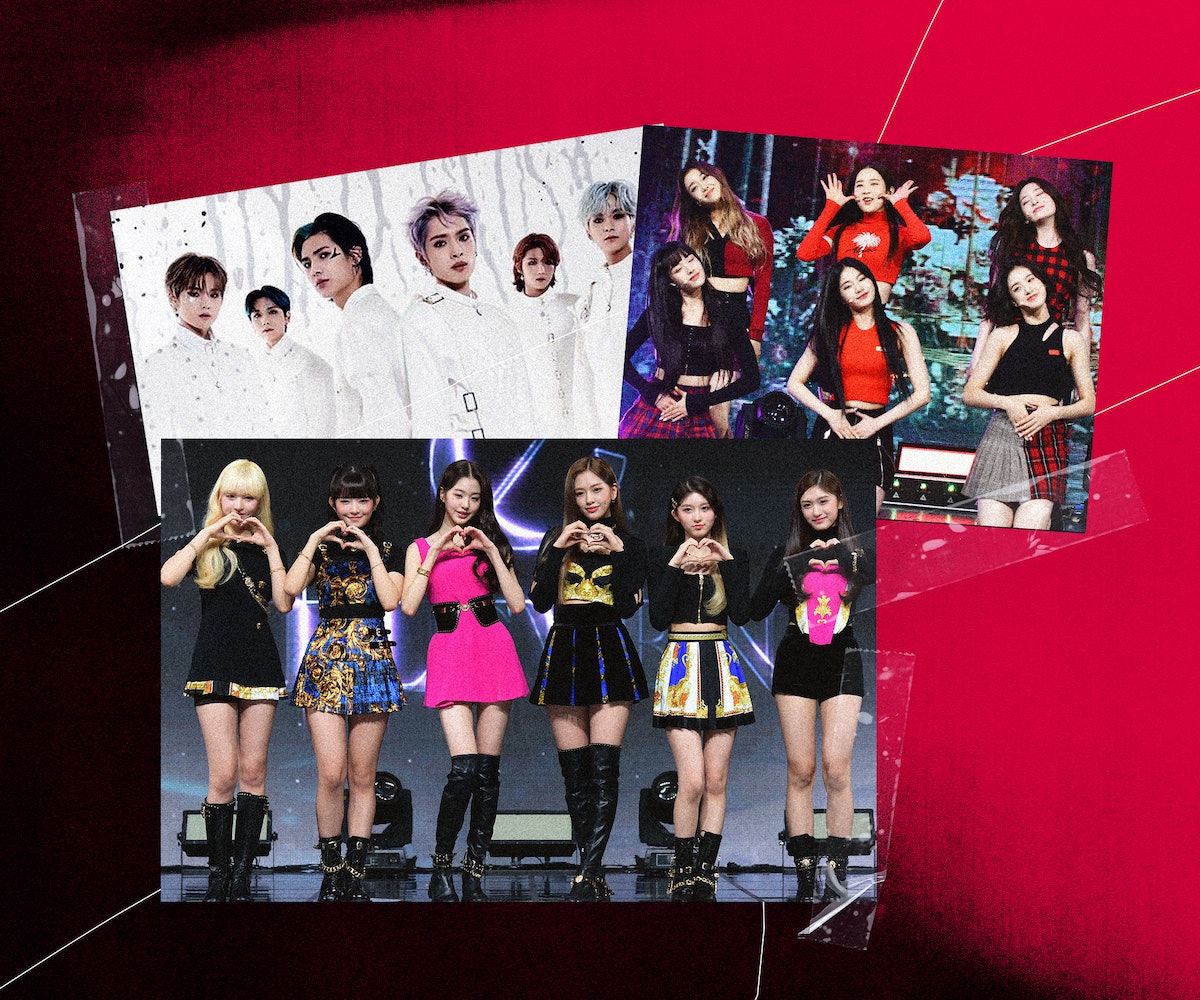 What a stellar year 2021 was for K-pop. Not only did it usher in a revival of second generation acts thanks to new releases from SHINee, 2PM, and 2AM, but the genre also experienced some major throwbacks courtesy of the pop-punk themed releases dotting the year.

The best part, however, was the exciting arrival of new blood: K-pop groups who sent our excitement soaring and our sanity out the window with one banger after another. From the stunning, larger-than-life concept of Kingdom to the rock extravaganza of Xdinary Heroes, 2021 was a god-tier year for K-pop debuts, proving that despite the pandemic, the industry is still going strong.

While some left deeper impressions than others and we’ve only seen glimpses of what these K-pop acts can do, we can’t wait for what they’ll bring with the new year, and new possibilities.

Below, we rounded-up the seven most-promising K-pop rookie acts we’re keeping a close eye on in 2022.

Who: Coming from the hallowed halls of JYP Entertainment, home to another rock outfit Day6, this six-member boy band – made up of members Gunil, Jungsoo, Gaon, O.de, Junhan, and Jooyeon – raged against the despair of adult life on their debut single “Happy Death Day.”

What: 2021 was the year when emo millennials who are into K-pop thrived. As pop-punk revivals had everyone reaching for Y2K-inspired outfits, one of the most delightful offerings was from rookie group Xdinary Heroes. On debut single “Happy Death Day,” their sound can be described as futuristic garage bands gone insane. The song’s powerful drum beats were a welcome callback to acts such as Green Day, and the sound effects peppered throughout combined with an easy, almost languishing delivery at times, gave the song a delightful tempo. By the time they’re done singing, you’ll be chanting “Tra-la-la” under your breath.

Who: IVE is the latest girl group from Starship Entertainment, home to Monsta X and Cravity. Members Gaeul, Yujin, Rei, Wonyoung, Liz, and Leeseo released their debut single “ELEVEN” at the start of December.

What: In a year saturated with stellar debuts, IVE had the difficult task of knocking it out of the park from the get-go. The group, however, rose to the challenge with “ELEVEN.” The best part about the track is the rollercoaster pacing of the beats matched equally by the group’s vocals. Heading into its pre-chorus, their singing slows down to the point of laziness, before hurtling towards a delightfully rich chorus. With this eccentric tempo, and its hypnotizing beat, the charm of “ELEVEN” made people “dance heartily to the point where I’m dizzy.”

Who: STAYC is High Up Entertainment’s new six-member girl group consisting of Sumin, Sieun, Isa, Seeun, Yoon, and J. After a scintillating 2020 debut with “So Bad,” the group has – contrary to their tagline, “It’s going down” – only been racing to the top.

What: During summer 2021, STAYC was all anyone could talk about. With a slew of stellar releases – from the groovy “Stereotype” to the hard-hitting and power-packed “ASAP” – they not only flaunted their vocal range but also established an expansive, versatile identity marked by constant evolution. Their ambitious and young sound quickly took over TikTok as STAYC embodied the best of what the new generation of K-pop had to offer in 2021: being fresh, fabulous, and fierce.

Who: We’ve seen K-pop masterfully adopt mythological concepts numerous times, but the seven members of Kingdom take it one step further. In a brilliant convergence of myth, history, fantasy, and future-core, each member of the act – Dann, Arthur, Mujin, Louis, Ivan, Jahan and Chiwoo – represents a great king from history and mythology.

What: With such an expansive group concept, it’s no surprise that Kingdom’s releases so far have been an extravaganza of not just music, but excellent visual flavor as well. In addition to switching between regal costumes inspired by their corresponding kings and futuristic armors made of leather and metal, Kingdom’s modern pop sound on their debut song, “Karma,” is elevated to a higher level thanks to the brilliant incorporation of traditional instrumentation, and masterful lyrics. If you’re looking for an entire cinematic experience packed into four minutes, these are your guys.

Who: CJ E&M’s latest girl group, whose members walked through fire on Girls Planet 999 to debut as a multicultural nonet. Members Chae-hyun, Bahiyyih, Yu-jin (formerly of CLC), Da-yeon, Young-eun, Ye-seo (best known for her role in Miracle In Cell No. 7), Hikaru, Mashiro and Xiaoting, finally blazed onto the scene in 2022 with the ambitious and futuristic “Wa Da Da” in January.

What: The girls of Kep1er reached for the skies from the very beginning with their delicious mix of dance and big room house on their debut single “Wa Da Da.” While it hasn’t been that long since their debut, the members of Kep1er didn’t waste time in establishing themselves as an act that refuses to be pigeonholed by limits, no matter the challenge. “You’re going to notice me trembling, I’m going to be brave,” they sing on “Wa Da Da.” Energetic, fun, and confident, these girls have hit the ground running at supersonic speed and we can only follow.

What: OMEGA X got the fiesta started, complete with blazing trumpets and powerful beats, on their debut single, “Vamos,” and they have only been racing towards greatness ever since. While it may not be their first rodeo — its members have participated on survival shows or previously debuted in other groups — this rookie group already shows a thrilling confidence and polish that’s often characteristic of veteran acts. Don’t believe it? Proceed with caution and excitement to their track “Love Like Me.”

Who: A six-member girl group comprising of Eunchae, Yoona, Rainie, Cyan, Choyeon, and Zin, signed to A Team Entertainment, also home to VAV. After the pandemic delayed their debut to 2021, they finally exploded onto the scene with their self-titled single “bugAboo.”

What: Facing and conquering your own fears was a theme across the board in K-pop 2021, but no one made it look as much fun as bugAboo did. Marrying classic pop with Spaghetti Western flair, bugAboo’s adventurous sound came with equally funky, disco-adjacent arrangements, mesmerizing dreamscapes, and a ridiculously catchy chorus. If you weren’t singing along to it, then we weren’t listening to the same song.