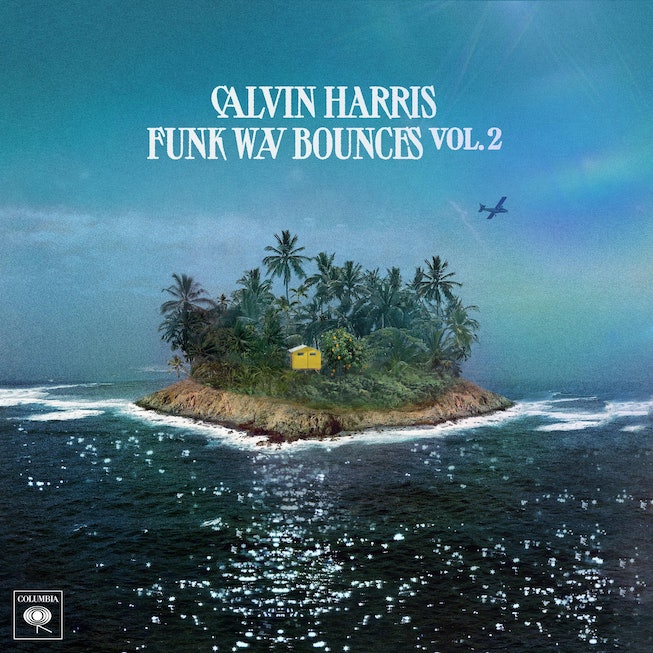 Calvin Harris is a master of the collaboration. Five years after gracing the world with Vol. 1, Harris has finally released Funk Wav Bounces Vol. 2, another tome of superstar guest features and collaborations and the best summer-y beachside music he can dream up.

On Vol. 2, Dua Lipa, Snoop Dogg, Halsey, Charlie Puth, Shenseea, Pharrell, Swae Lee, Young Thug, and many more appear on the record, and Harris groups them up into some surprising and interesting combinations. This time, the DJ hones in on a bright disco-influenced sonic palette that stays pretty consistent across the record’s 14-songs. Disco is, after all, the trend du jour — but Harris manages to make it sound fresher by layering over a beachy, Californian gloss. “Potion” evokes nighttime boat rides, “Woman of the Year,” begs to be played at the clubs, and “Lean On Me” would probably sound heavenly driving past palm trees at sunset.

Below, we summed up the best of Harris’ Funk Wav Bounces Vol. 2, which if you press play won’t fail to bring you the maximum summertime chill.

My friend Myles recently tweeted this statement of truth, and I’m happy to say that this song checks all the boxes. What can you say about “Potion”? There’s a reason why it was the album’s lead single: Dua sounds relaxed, luxurious, and totally captivating while Thug is her smooth counterbalance. They duet over Harris’ most rich-sounding beat yet, evoking images of big expensive yachts and everything else. Time to go on vacation stat. — Steffanee Wang, Associate Music Editor

“Woman Of The Year (with Steflon Don, Chlöe, Coi Leray)”

A late bloomer for me, “Woman Of The Year” is the album’s sultriest song. It stars three powerful women in music right now and is an effective showcase for each of their strengths. Chlöe’s voice is plush and rich, Steflon Don’s sharp-edged delivery, hypnotizing, and Coi Leray’s verse, melodic, playful, and fun. With its smokier sound, the song is a bit different from the other tracks on the record which tend to adhere to a bright, disco-y sonic palette. —SW

Only a sick mind (read: genius) like Calvin Harris’ could come up with a collab as wacky as Charlie Puth and dancehall princess Shenseea and actually have it sound not only good but great. Have you seen that TikTok that’s like: “Charlie Puth has the mind of a music genius but uses it to make the most mid pop music ever?” Maybe “Obsessed” had the fate of going down that route, but thankfully Harris saved it by tacking on Shenseea’s great and outrageous verse with lines such as: “Obsessed wid my pretty pink flesh/ When I'm outside, he'd be gettin' no press.” Puth’s verse and hook — “I really wish you were obsessed with me” — are also pleasant, if a bit thirsty, but I can’t say it’s not fitting.” —SW

“Stay With Me (with Justin Timberlake, Halsey & Pharrell)

“Stay With Me,” is an open invitation to party just a little bit longer. The track begins with Halsey’s siren-like vocals, which are followed by a cue to dance. Then Justin Timberlake and Pharrell Williams join in to create a disco-themed song that’s perfect for the summer. And just when you think the party’s over, the track fades into its second act, “Stay With Me, Part 2.” —Bria McNeal, Entertainment Writer

Swae Lee is god. Swae Lee is the moment. Swae Lee can do no wrong. Haters will say I’m being hyperbolic, but I stand firmly by these statements! Hip hop’s prince of croons was a radio staple back around 2015 but has been less so more recently, so it’s a like a homecoming hearing his voice again. This time, Lee’s wily and smooth falsetto sails like a crisp glider over Harris’ wavy and funky production. It’s refreshing, gentle, instantly iconic. His song — “Lean On Me” — is one of only three songs on the record with only one feature, and I think we all know why. Even when up against a sick guitar break from Harris, which tears electrifyingly through the second-half of the song, Lee’s voice is what still lingers on the mind when it’s over. —SW