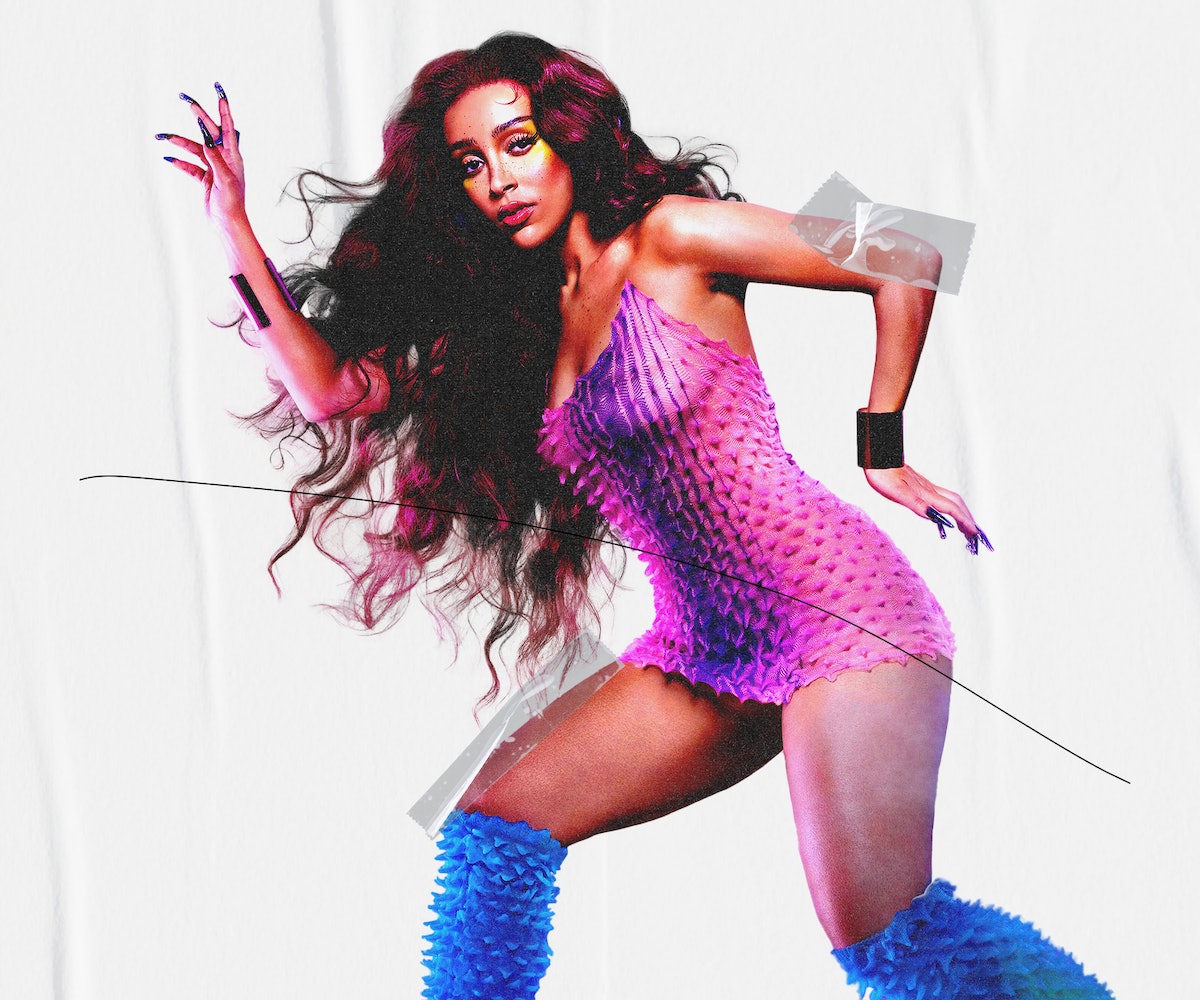 We have arrived on Planet Her. It’s an open and free paradise uninhibited by shame, guilt, or embarrassment, and there’s enough money to go around.

Doja Cat’s highly-anticipated third studio album, Planet Her, is finally here just as the heat is ramping up and our beach playlists are looking a little bit thirsty. With impeccable timing, the pop star has arrived to deliver the bops, a task that’s maybe higher stakes than normal as she shakes off the incredible run that was her previous album, 2019’s Hot Pink. That record — which gave us “Juicy,” “Say So,” and “Streets” — seemed to churn out hit after viral hit. So how has her new album fared?

On a metrics level, pretty successfully so far, as lead single “Kiss Me More” tore through the pop sphere like the latest underground party drug. (And indeed, we have compared the song’s effervescent, bright beat to that of an addictive substance.) The 13 other tracks on the record keep that same party-ready and fun atmosphere of “Kiss Me More” going through other genre avenues: Afrobeats, R&B, trap, though never straying too far from her pop sensibilities.

Below, the five must-listen tracks off Planet Her (excluding singles “Kiss Me More” and “Need To Know”), from the decadent fantasy of “Love To Dream” to “Ain’t Shit,” a song that highlights the pop star’s troll essence which we all know and love.

With its opening of handpicked harp that sounds almost Shakespearean, “Payday” is honestly just a gorgeous song. The subject matter’s not deep: Doja Cat’s sing-rapping about money and collecting her checks, but there’s also a glint of starry-eyedness to it all, too; “We’re just gettin’ by, savin’ on the side/ I just can’t believe I got what I wanted all my life,” she raps in disbelief on the hook. It feels like a sweet and vulnerable moment — right before Young Thug, voice of an angel, cuts in to rap about f*cking. Just as we like it. —Steffanee Wang

On “Love To Dream,” Doja croons over a downtempo beat anchored by an electric guitar riff about dreaming of her potential lover. “I got everything/ Everything but real love/ I got in my head/ I bet you could get me back out/ Or you could leave me there,” she sings, pleading with her paramour to join her in enjoying all the finer things she sees in her dreams. — Claire Valentine

Out of the few R&B-leaning tracks on Planet Her, “Been Like This” is the one that’s lingered in my head through several re-listens. It’s a song about changing expectations, or, more indelicately, what happens when you find out the guy you’ve been seeing is a grade-A jerk. “Can't put my trauma to the side/ When you told me I was lyin'/ Had me feelin' like I died, baby,” raps Doja Cat about a man’s favorite act: gaslighting. Some of her most emotional singing emerges on this track, too, especially when she belts out, “Thank God I ain't been like this,” on the bridge, an apex of the song. It packs a wallop. — SW

One of the best aspects of Doja Cat’s music is getting to hear the many ways the pop star can wrangle her voice. A lot of its charm lives in her delivery: wicked or slick, pouty or tough. It’s what makes you want to shout along with your chest when she snaps out, “Damn Papa you a rare breed!” on “Streets.” On “Options,” a sticky rap track that she shares with Dreamville rapper J.I.D., she growls, shouts, and whines out her lyrics in equal rotation. On its hook, she pitches up her voice so much you can nearly miss what she’s saying — “You want a picket fence and no wife/ You never change your mind when I cry” — but that won’t stop it from getting stuck in your head anyways. — SW

Doja Cat is a multi-hyphenate starlet, and her most important (and strongest!) skill is trolling. It’s the reason she can dust off any controversy; her tenacity on how the internet works is true power. On “Ain’t Shit,” Doja lets the mellow R&B beat float on as she roasts a bunk loser into oblivion. In a way, “Ain’t Shit” is a spiritual successor to her iconic, breakout track “Mooo!” — both have her mischievous, troll essence front and center, just how we like it. The haters can get bent, or as Doja herself says: “I’m not gonna key your car/ I’ll call your f*cking mom/ You shoulda paid my rent/ Go get a fucking job!” — Layla Halabian