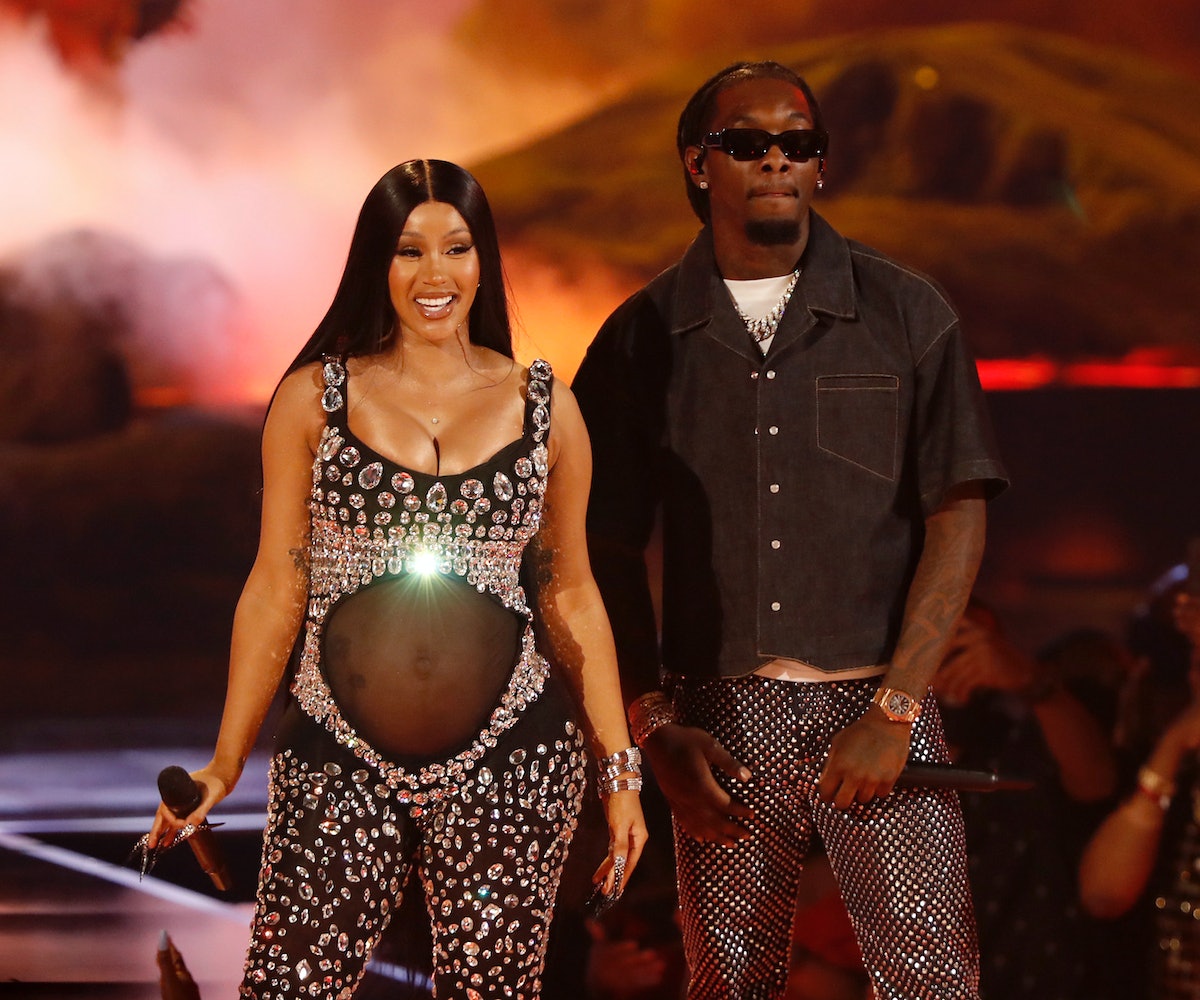 It was culture’s biggest night on Sunday as the 2021 BET awards made its live return on June 27 at the Microsoft Theatre in Los Angeles. Actress Taraji P. Henson hosted the ceremony as the night honored some of the biggest Black pop cultural figures, from the late rapper DMX, to Queen Latifah, BET’s Lifetime Achievement Award recipient, to Megan Thee Stallion, who took home the award for Best Female Hip Hop Artist.

As expected, it was also a night of unforgettable musical moments, with a surprise pregnancy announcement from Cardi B and Migos, an icy “Thot Shit” performance from Megan Thee Stallion, a hammy but great performance from Bruno Mars and Anderson .Paak’s Silk Sonic, a live make-out sesh involving Lil Nas X, and much more.

Lil Nas X continued to be thee pop star to watch as he gyrated and hip thrusted his way through a hot, Egyptian-themed performance of “Montero (Call Me By Your Name)” — which ended with a full-on make-out sesh with one of his dancers.

Cardi B stole the show with her diamond-encrusted, baby bump-baring cat suit, elevating an otherwise mediocre Migos performance into a headline-worthy moment.

Rap’s wackiest genius, Tyler, the Creator, rapped against a (impressively simulated) hurricane for the live debut of his single “Lumberjack,” and his first BET performance.

Even in sunglasses, Megan Thee Stallion commanded attention as she rapped her way through her latest single “Thot Shit” while dressed in an icy platinum wig and thigh-high boots.

With a little ham and a lot of soul, Anderson .Paak and Bruno Mars brought the house down with a silky smooth performance of their undeniable summer jam, “Leave The Door Open.”

Jazmine Sullivan brought Rep. Maxine Waters and Ari Lennox to the stage before bringing the house down with her performance of Heaux Tales hit “On It,” and her new single, “Tragic.”

Say what you will about H.E.R., but the young EGOT contender’s talent is undeniable. Watch as she drums, shreds, and performs her song, “We Made It.”

This cute cheerleader-themed performance of “Twerkulator” by the City Girls isn’t perfect, but the duo’s sheer excitement and enthusiasm to be on stage made you wish you were there, too.

We live for Lil’ Kim’s iconic entrance (and designer bayang) in this energetic tribute to Queen Latifah, alongside Rapsody, MC Lyte, and Monie Love.

Swizz Beatz, The Lox, Method Man, Busta Rhymes, and more’s tribute to DMX was the bittersweet moment of the night, as they recreated the greatness of the late rapper’s biggest hits.