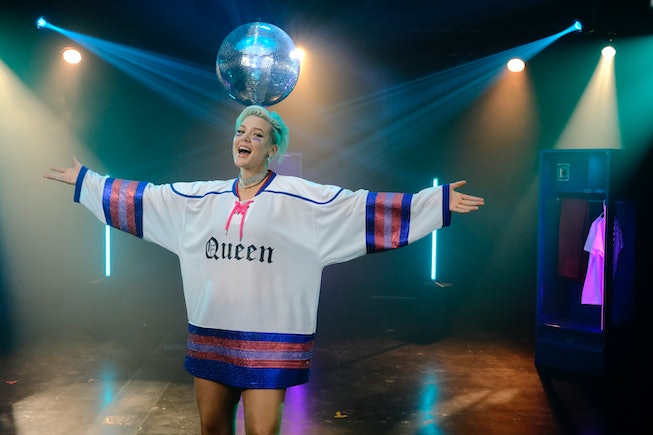 The history of queer people is intertwined with the history of humanity, with LGBTQ+ people making major contributions to the advancement of society, often in ways we aren’t even aware of. To celebrate this rich history (and Pride month), discovery+ released The Book Of Queer on Thursday, June 2nd — a five-episode series celebrating and recognizing the incredible history of the LGBTQ+ community.

The series is narrated by notable queer figures like Pose’s Dominique Jackson, Drag Race’s Ross Mathews, and the one and only Leslie Jordan, with an entirely queer cast recreating some of history’s most important moments.

To cap off episode three, “Queens’ Work Makes The Team Work,” Betty Who created an original song and music video, premiering below. The Mathews-narrated episode tells the stories of queer icons The Sacred Band of Thebes, Alexander the Great, Glenn Burke, the Rainbow Flag, Gilbert Baker, Harvey Milk, and José Sarria, and the video celebrates them as well. “Team Queen” reenacts some of the stories with a tongue-in-cheek twist, and a special appearance by Miss Vanjie herself.

The Book Of Queer is now streaming on discovery+, with new episodes dropping every Thursday.