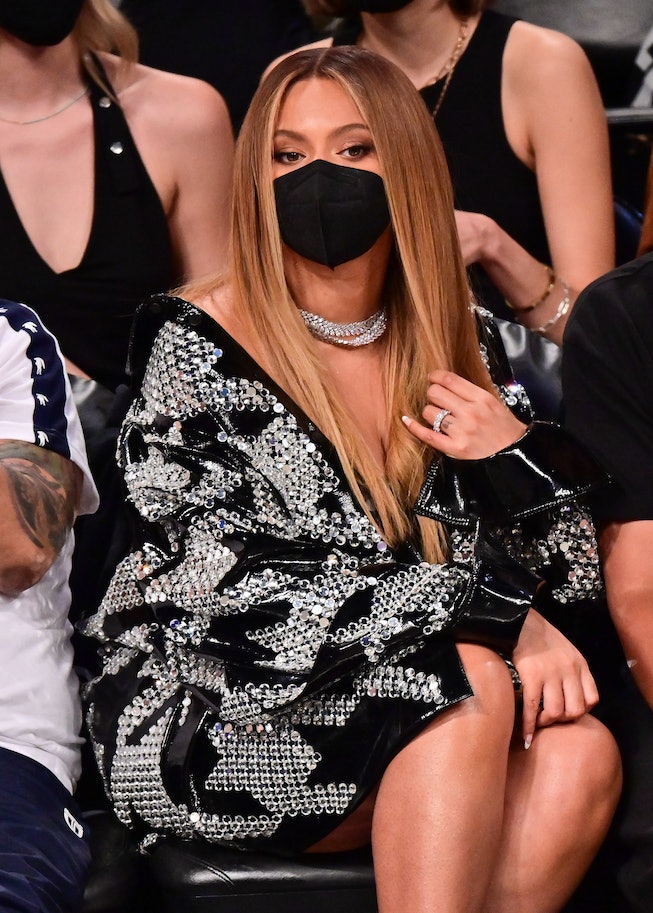 At this point, Beyoncé is keeping the hive, and the rest of us, alive with the occasional movie collaboration, as has been the case for her last couple of releases. She now aims to add another notch to her EGOT belt with the release of her newest song, “Be Alive,” from the forthcoming Richard Williams biopic, King Richard.

“Be Alive” is the track heard throughout the trailer for the film which tells the story of tennis stars Serena and Venus Williams’ childhood journey to stardom. Following their father, Richard (Will Smith), the girls (Demi Singleton, Saniyya Sidney) go to tennis practice religiously, even in the pouring rain. In one tense scene, Richard is heard telling an assumed CPA-type character about his parenting style: “Now I don’t mind you saying we’re hard on these kids, you know why? Cause we are. That’s our job, to keep them off these streets.”

Bey’s “Be Alive” fits perfectly alongside the tone of the trailer. It’s a thumping and pounding anthem, with Bey belting it out over a simple drum beat while backed by a choir of her own angelic vocals. She sings about the hard path to getting where she is now — “Do you know how much we have cried?/ How hard we had to fight?” — her upbringing not unlike that of the Williams sisters.

Brought up by an equally strict father, Mathew Knowles, Beyoncé and her Girls Tyme and Destiny’s Child group mates started their journey to stardom young under Mathew’s stern managerial eye. “Mathew did not mince his words and it can be tough to take that kind of criticism when you are a little girl," LaTavia Roberson, an original member of Destiny’s Child once told The Mirror. "We would try not to let it break us."

While Beyoncé and Mathew’s relationship has become strained, Richard Williams seems to have maintained good ties with Serena and Venus. He recently appeared in a video playing with Serena’s daughter, Olympia that the tennis star shared to her Instagram.

“Be Alive” is Beyoncé’s latest serious play at an Oscar nomination after her last album, The Lion King: The Gift, failed to net any nominations at the 2020 Academy Awards. It’s already a strong contender, with much of the film industry predicting an Oscar nomination for Beyoncé this go around. Per Forbes, to qualify for Best Original Song “Be Alive” will have to not only be played during the film’s end credits but for a slight bit of time before the movie actually ends.

At the moment, Bey’s only got the G ticked off her EGOT card with a whopping 28 Grammy award wins. She’s been nominated for an Emmy eight times for her past work on Lemonade, Homecoming: A Film By Beyoncé, and more, but has yet to win. Let’s hope the O will be easier to catch.

Watch the King Richard trailer below, and see it in theaters on November 19.