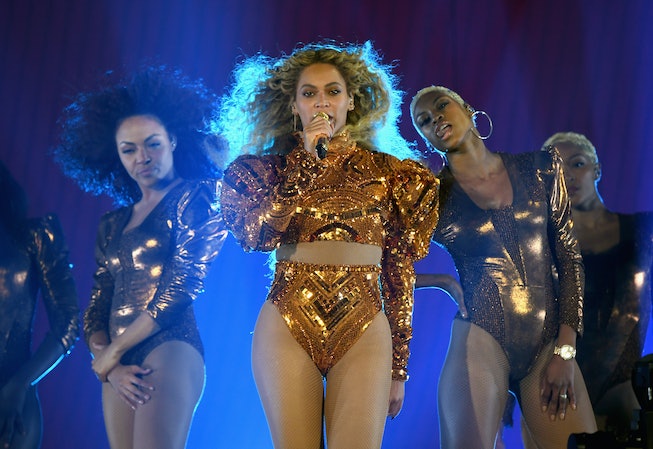 It’s been months since Beyoncé graced the world with her paradigm-shifting seventh studio album, Renaissance. As fans have embraced its seemingly inexhaustible well of excellent songs — “Alien Superstar,” “Cuff It,” and “America’s Got A Problem” have all experienced their share of the spotlight on TikTok — the pop star herself has been suspiciously absent from the album’s promotional cycle. To date, she has released no music videos or other visuals, and there has been little to no communication from Queen Bey of what else we can expect from her current era — until now. Thanks to a sneaky inadvertent reveal at a recent charity auction, it’s been more or less confirmed that Bey will be taking Renaissance on the road during summer 2023.

While it was previously rumored that the pop star was planning to go on tour next summer, only now have we received concrete evidence for that to be the case. On Oct. 22, a concert ticket package to Beyoncé’s next tour was up for grabs to the highest bidder at WACO Theater‘s Wearable Art Gala charity auction. Per photos taken on site by attendees, the lavish package included two first-class flights, a three-night stay at a Marriott hotel, two concert tickets to “Beyoncé’s ‘Renaissance’ 2023 tour,” and a highly VIP guided backstage tour with the iconic Tina Knowles, Beyoncé’s mom. The package was valued at $20,000, and the winning bidder reportedly paid between $45,000 and $50,000 for the prize, per Variety.

Page Six first reported the rumors that Beyoncé would be touring Renaissance during the summer of 2023. Citing multiple insider sources, the tabloid previously alleged that the star was already booking out stadiums around the world for next summer.

If true, the tour will mark the pop star’s first live shows since 2017 when she hit the road with husband Jay Z for their joint On The Run II tour. Beyoncé and her team, of course, still have yet to confirm any of these plans, but a tour was likely never out of the picture as it’s still the largest moneymaker for musicians.

That being said, there’s still likely a lot more to come for the Renaissance era in the coming months. In a previous interview, Bey described the album as the first of a three-act project that she recorded over three years; it’s still unclear whether the other acts refer to additional albums, or the visual and tour components of Renaissance. Shortly after the release of the album, Bey did tease a brief video teaser for “I’m That Girl” which seemed to suggest highly stylized music videos for the songs were on the way, though nothing has materialized since.

Either way, we’ll certainly be keeping our eyes peeled for any new news and blocking off our calendars for 2023.

This article was originally published on Sep. 22, 2022