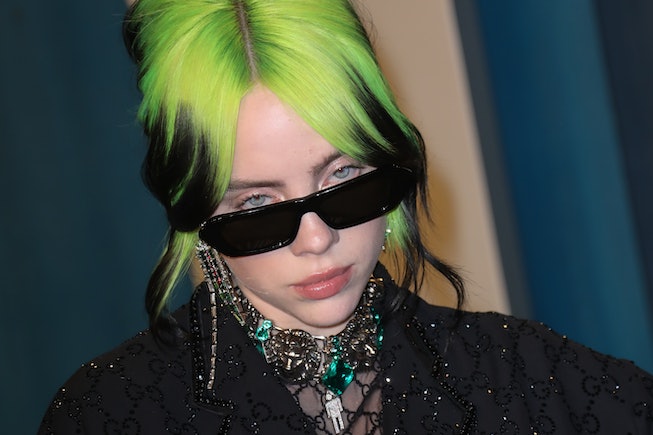 Billie Eilish's rise from your average Gen Z teenager to one of the world's biggest pop stars happened with lightning speed. But despite her deluge of awards and magazine covers, the singer is still a pretty mysterious figure in the realm of celebrity. Apple Music is hoping to show a new side to Eilish in the forthcoming documentary Billie Eilish: The World's A Little Blurry, and released a new full trailer today.

The project was made headlines back in late 2019, when it was revealed that Eilish landed a fat check from Apple for $25 million for exclusive documentary rights. It eventually became The World's A Little Blurry, and the streaming giant announced that director R.J. Cutler was attached to the project.

The film covers Eilish's meteoric rise, including rare concert footage, tender moments with brother and collaborator Finneas, and her domination at the 2019 Grammy's for her debut record When We All Fall Asleep, Where Do We Go? There's also intimate behind the scenes footage that serves as a reminder that Eilish is still a kid, like gleefully dancing after scoring her driver's license, life chats with her mom, and sheepishly admitting she's still afraid of monsters at night.

Billie Eilish: The World's A Little Blurry lands on Apple TV+ on February 26, 2021. Watch the trailer below.