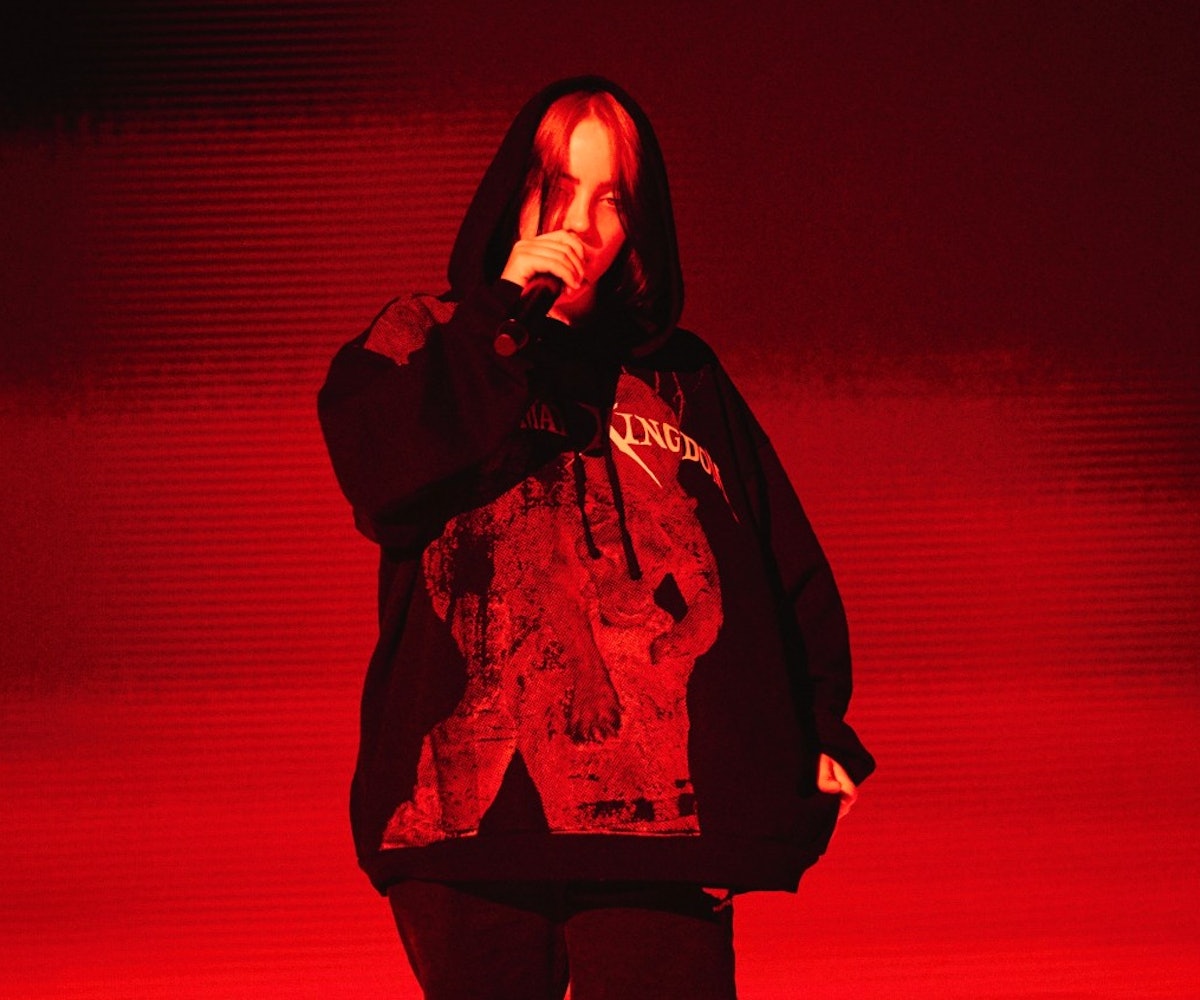 Billie Eilish is taking her WHERE DO WE GO? world tour online. The pop megastar announced on Wednesday that she'll be performing an exclusive livestream concert "inspired by elements from [Eilish's] recently halted arena-tour," a press release states. The event will broadcast online on Oct. 24 at 6 p.m. ET, and will be ticketed.

Tickets to the event are $30 and will not only grant access to the livestream, but also to exclusive merch at a "special price," alongside the option to re-watch the concert on-demand for 24 hours after the initial broadcast.

New details released on October 20 about the livestream reveal that the show will use "state-of-the-art XR technology" to deliver a "fully immersive virtual experience." Those attending the concert's pre-show will also be in for a special treat; starting at 5 p.m. ET, the pre-show will air an exclusive clip from the forthcoming R.J. Cutler-directed Eilish documentary, Billie Eilish: The World’s A Little Blurry.

The show itself is also promising to be an intricate, tech-forward affair. Five hundred pre-selected fans will get the lucky chance to interact with the singer virtually, in-real-time during the show. And the stage — which will hold Eilish, her brother FINNEAS, and drummer Andrew Marshall — will also be surrounded "100 ft. x 24 ft. 360 LED screens" for prime viewing experiences. Finally, to ensure her fans don't get hungry during the show, ticket holders will also get a Postmates code for free delivery to use during the concert.

Eilish originally announced the WHERE DO WE GO? world tour in September 2019, which was set to kick off in March 2020 in Miami, Florida, and conclude in September 2020 in Jakarta, Indonesia. Obviously, the global pandemic threw a wrench in the plans, causing her team to postpone all shows for later dates, which have not yet been announced.

The WHERE DO WE GO? concert gets its name from Eilish's breakout debut record, WHEN WE ALL FALL ASLEEP, WHERE DO WE GO?, which was released in March 2019. Since, the young star tackled the new Bond theme song, "No Time To Die," and released her latest single, "My Future."

Editor’s Note: This article was updated on October 20 at 12:09 p.m. ET to include more information about the livestream.

This article was originally published on Oct. 7, 2020