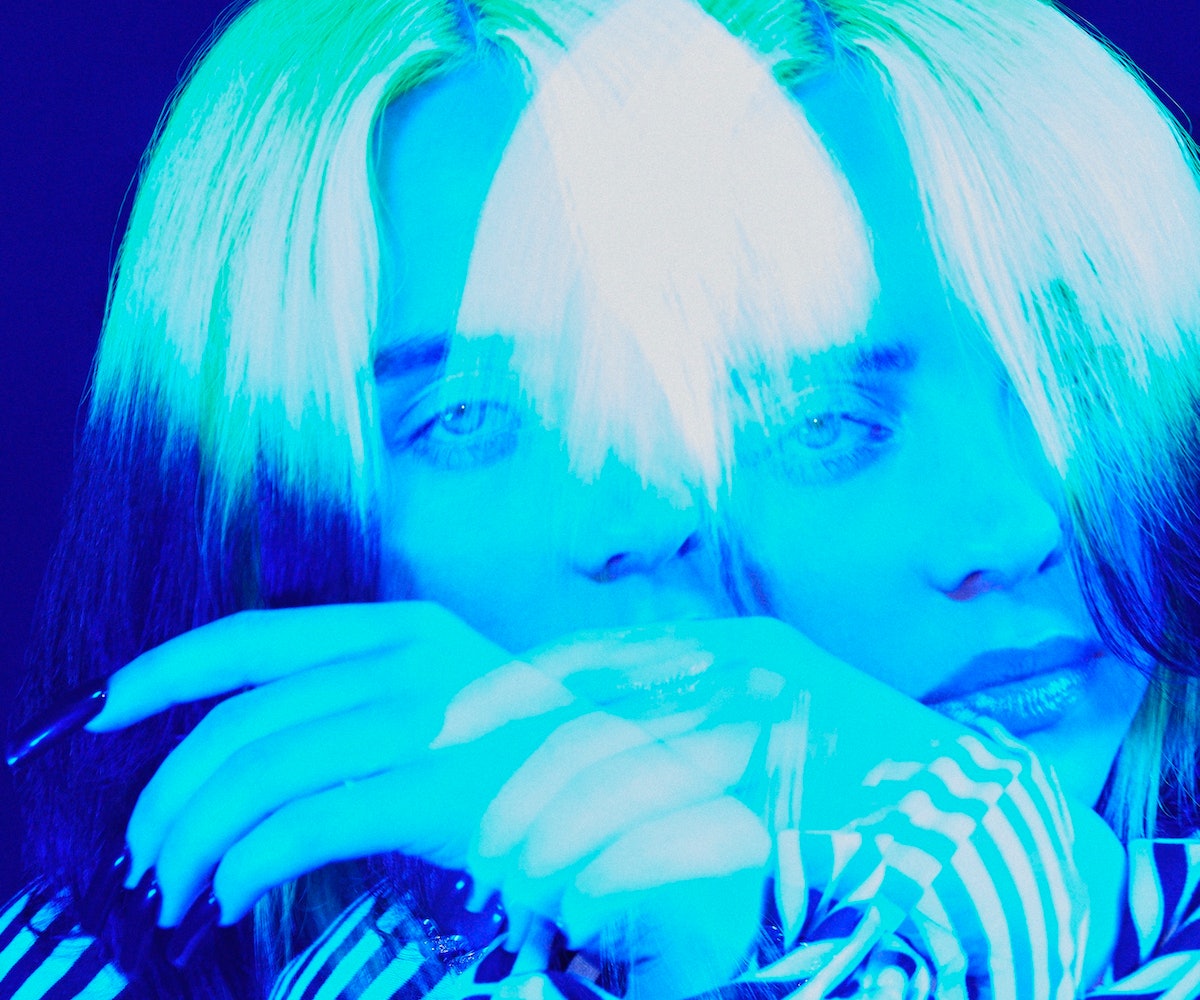 Billie Eilish has unveiled her first single since the pandemic took hold in mid-March. Called "my future," the Finneas-produced track was written and recorded in Los Angeles at Eilish's house at the beginning of quarantine.

What begins as a sparse guitar-led ballad in the first half, kicks off into a spritely, energetic second half, as Eilish croons about being "in love with my future."

"we wrote this at the very beginning of quarantine," Eilish wrote of the song in an email to her fans. "it’s a song that’s really really personal and special to me. when we wrote this song, it was exactly where my head was at - hopeful, excited and a craaaazy amount of self reflection and self growth. but recently it has also taken on a lot of new meaning in the context of what’s happening in the world now. i hope you can all find meaning in it for yourselves.”

Eilish also shares the Andrew Onorato-animated music video, which depict the slime green-haired artist wandering through a Miyazaki-like landscape as it blooms to life.

"My future" is Eilish's first release since February, when she shared her stripped-back James Bond theme song "No Time To Die." The year kicked off strong for the young singer as she swept the 2020 Grammys ceremony, nabbing five wins , including the top four awards of the night: Best New Artist, Record Of The Year, Album of the Year, and Song Of The Year.

Since the start of quarantine the young pop star started up a radio show with her dad on Apple Music, fittingly titled Me & Dad radio, where they share songs from her childhood. One recent episode featuring her mom, Maggie, dove deep into Billie's past obsession with Justin Bieber, for which her parents revealed they almost sent Billie to therapy.

Eilish also shared Not My Responsibility, an experimental spoken-word film that was originally filmed for her now-cancelled tour. In it, the popstar pointedly calls out the public's obsession with her body and style choices.

Hear "my future" below.