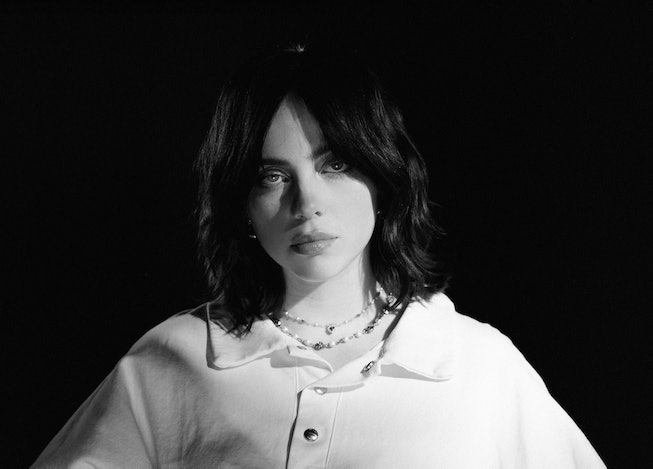 Surprise! New Billie Eilish music has arrived. Without warning, the singer dropped a new EP titled Guitar Songs on Thursday with two tracks, “TV,” and “The 30th.” The songs, as usual, were written and produced by Eilish and her brother, Finneas, and see the singer flexing her powerful vocals over simple acoustic guitar.

Eilish previously performed “TV” in June at a show in Manchester, U.K. as part of her Happier Than Ever World Tour. She debuted the then-unreleased track by telling the crowd, “We haven’t played a new song live before it’s out since 2017 or 2018,” highlighting the rarity of the moment. Eilish has now cemented that night permanently onto the song as its official studio version ends on live audience vocals recorded that night at Manchester’s 20,000 capacity AO arena.

“FINNEAS and I really wanted these to be yours as soon as possible,” Eilish said of the two new tracks in a press statement. “So here they are!! Performing ‘TV’ on tour was such a highlight for us too, so we took the audio from the first night we played it in Manchester and put it in the song. I get shivers every time I hear it. Hope you love the songs and thank you for letting us share our music with you.”

Both of the new tracks find Eilish contemplating highly intimate and personal issues and serve as a reminder of her keen songwriting and lyrical abilities. On “TV,” she wrestles with the ramifications of being in a relationship: growing distant from her friends and feeling isolated and unable to sleep. The song was clearly written recently as Eilish also includes a reference to the overturning of Roe v. Wade, which was leaked to the public on the same night as the 2022 Met Gala, in its lyrics: “The internet's gone wild watching movie stars on trial/ While they're overturning Roe v. Wade.”

“The 30th,” on the other hand, finds Eilish reflecting on an even heavier topic: the aftermath of what seems to be a car accident that happened to a close member of her circle. “I know you don't remember calling me/ But I told you even then you looked so pretty/ In a hospital bed/ I remember you said you were scared/ And so was I,” she sings on the song’s chorus. The guitar-plucked song slowly builds to a powerful bridge that finds Eilish admonishing: “You’re alive, you’re alive, you’re alive.”